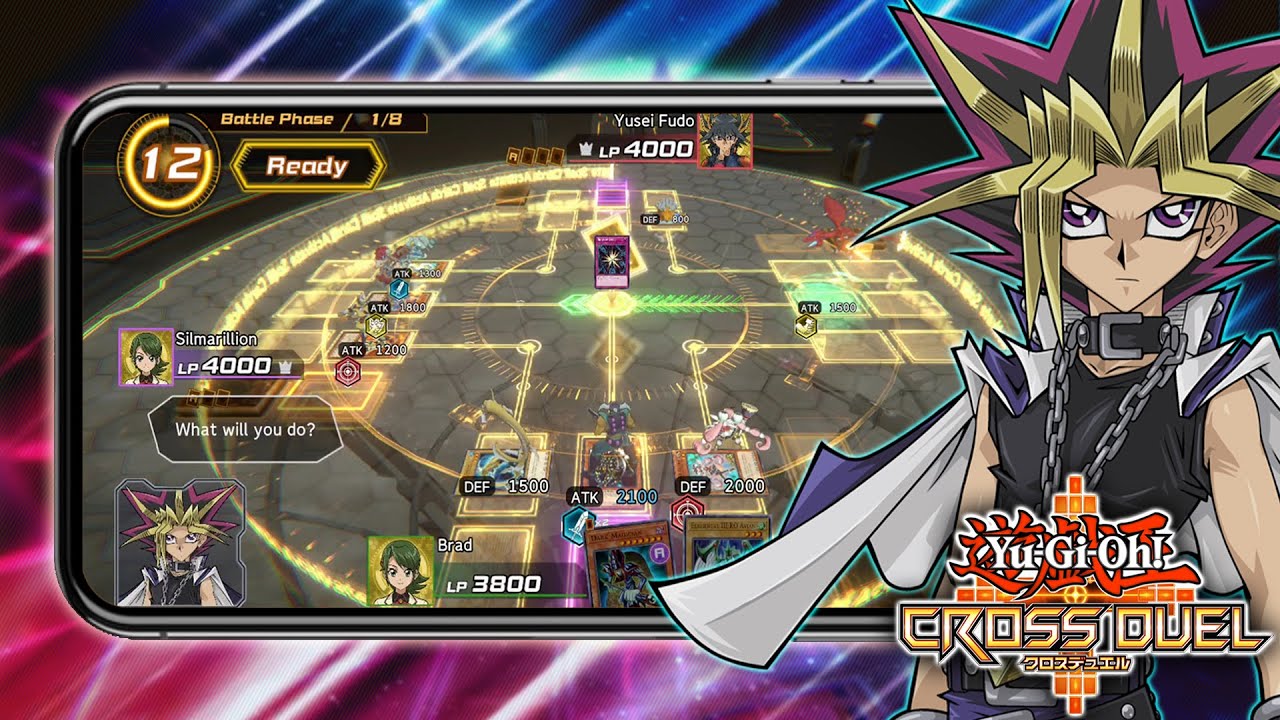 Yu-Gi-Oh! Cross Duel is a four-player card battle video game for iOS and Android that has its own rules. It was developed by Konami. It combined components of Rush Duels, Duel Links, and the standard card game’s format to produce something wholly original that players could appreciate. The game generally puts more emphasis on anime elements. Yu-Gi-Oh! Cross Duel Release Date updates are mentioned below.

Generally speaking, the game has four modes: “Raid Duel” is a four-player cooperative game mode where four players cooperate to defeat a raid boss, and “Ranked Matches” is a four-player match mode where players can advance or fall in rank based on how well they perform in ranked matches. In the Yu-Gi-Oh! In Tag Duel mode, a player and a “Tag Partner” duel against another team of two duelists from the game and the last “Series and Room Matches”: a room where players can converse or duel with personalized duel settings.

With about 5,000 participants worldwide, a closed beta was held in October of last year, but since then, Cross Duel has vanished from the public eye and no new information has been released. During the initial test, several content creators were able to record and upload some gameplay, which was later shown off at Jump Fiesta in December.

On July 20, 2021, it was revealed during the inaugural Yu-Gi-Oh! Digital NeXt announced that there would be a game based on Yu-Gi-Oh! released soon. As of July 7, 2022, players in the Netherlands, Canada, and Hong Kong can download Yu-Gi-Oh! Cross Duel for free on Android and iOS devices. Search for Yu-Gi-Oh! Cross Duel in the Google Play Store or the App Store if you live in one of these areas and download the game right away! Players can take advantage of the online multiplayer and solo game modes as well as other features like the Gacha system because servers are up and running in these areas.

What is the inspiration behind Yu-Gi-Oh! Cross Duel?

Over the past ten or so years, a number of manga series have grown into significant media franchises. Yu-Gi-Oh!, a manga series by Kazuki Takahashi, is one such work that has achieved global fame. Yes! This manga served as the inspiration for the upcoming game. Originally, this manga developed into a hugely well-liked trading card game, and then there were a lot more games based on this. The most recent illustration of the success is Yu-Gi-Oh! Master Duel, one of many video games based on manga.

Following the popularity of the manga and then its game Yu-Gi-Oh! Master Duel, Konami offered to create another game, Yu-Gi-Oh Cross Duel, which we are talking about.

Cross Duels are specifically designed for four players to battle with unique rules, with each player assigned three monsters and three trap zones and having exactly 20 cards in their deck. Each player starts with 4000 LP (the maximum being 8000 LP).

Cross Duels’ turn structure operates differently from other formats’ turn structures. Eight turns are allotted, and they must be used simultaneously by all players. Players draw a card at the beginning of their turn and hence the game begins. All monsters in the game, including those that start the Duel in the Extra Deck in the TCG/OCG, are initially purchased as normal monsters and have the ability to learn skills through a skill tree system.

With these basic rules of the game, one should be able to start the game right off the bat.

Different skills are assigned to different monsters in the game. They can have up to five skills assigned to them, but the number of skills that a monster can use during a duel is determined by the format. There are 2 basic formats, namely, standard format (for up to 3 skills) and unlimited format (for up to 5 skills).

There are something called “special skills” that are assigned exclusively to SR and UR rarity monsters, and master skills that are given only to UR rarity monsters. There are also Buff Skills that are given to players for their advantages and Debuff skills to opponents for their disadvantages. Then we have a lot of unique skills that have very specialized effects. We also have Negative skills, Immunity skills and Raid skills.

You can watch the official trailer of the game on its official Youtube Channel.

READ MORE : Is There Any Indian Character In JoJo? How Far Can You Go With Your Guess?