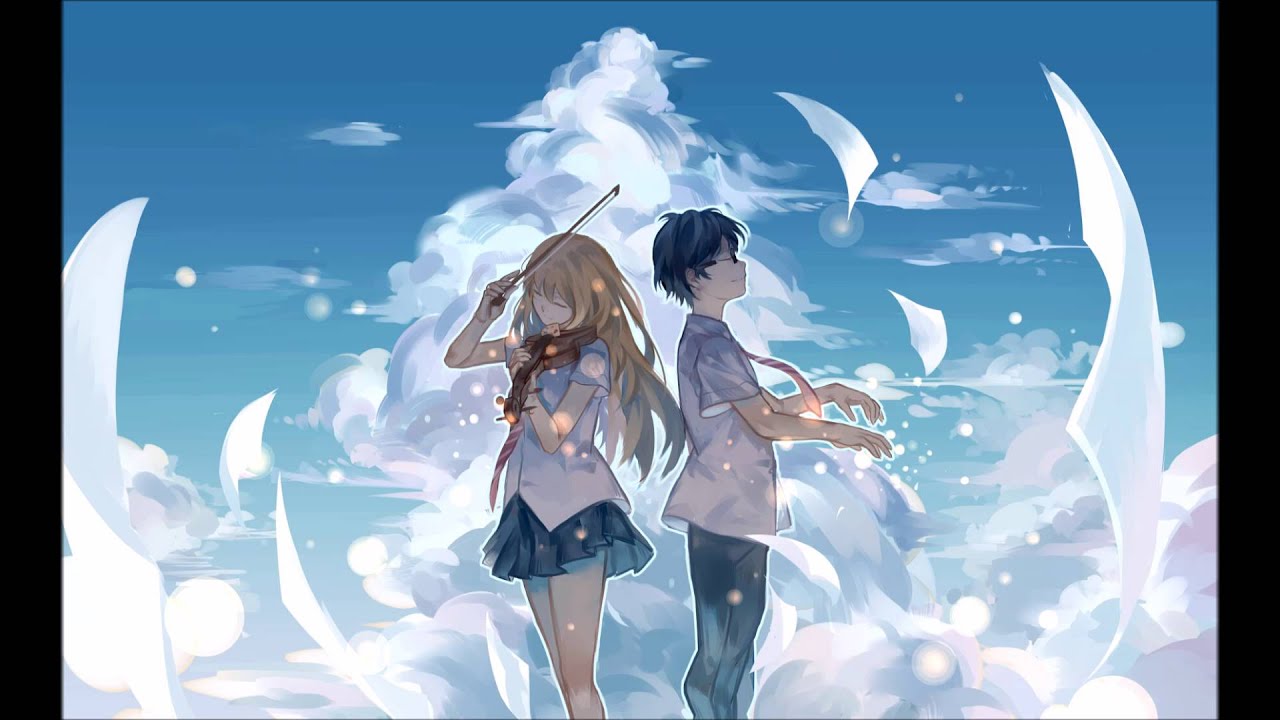 There are hardly any anime fans that you will come across who haven’t cried like a baby while watching Your Lie in April. This emotionally beautiful anime is also known as Shigatsu wa Kimi no Uso in its original language. It was adapted from a Japanese manga of the same name that was written and illustrated by Naoshi Arakawa. The original manga went on sale in a magazine, Monthly Shōnen Magazine, manga targeting young boys, from April 2011 to May 2015. The manga was originally a one-shot by the writer, which he sent in a competition. The one-shot story won the competition, and then Naoshi decided to further write it. It became so popular that it already has an anime, a live-action movie and several musicals based on it. Today we are going to be talking about the anime that it is based on.

The anime was taken up by studio A-1 Pictures. The studio was founded by former Sunrise producer Mikihiro Iwata and is known for famous anime like Sword Art Online, Erased, Fairy Tail, Kaguya Sama: Love Is War, and Blue Exorcist, and Seven Deadly Sins. The anime was directed by Kyōhei Ishiguro and written by Takao Yoshioka, while the music was provided by Masaru Yokoyama. The anime is well known for its noteworthy soundtrack, in addition to its stunning animation and heartbreaking story. It skillfully captures the feelings that were intended to be conveyed in each scene. Everything, from the opening and closing to the actual classical music, fits together like pieces of a puzzle to create a satisfying whole. Regardless of our level of musical knowledge, we can hear when the characters describe someone’s playing as harsh, rigid, or stilted. We experience emotion through Your Lie in April, both visually and audibly.

The brilliant, vivid colours used in the animation make the characters come to life in every scene. The characters undergo an amazing, clearly visible transition as time goes on. The story is a cleverly deceptive thing that at first seems upbeat and colourful, with a palette full of pastels that contribute to the idea that it is another romantic comedy. But as we move through the narrative and get past the delusion that its false prefaces have left us with, we soon come to understand that what we have been immersed in is actually a tragedy in the making. While the first and second halves have very smooth pacing and clear goals in mind, they differ significantly from one another.

Even though some of the characters weren’t given enough time to grow and learn about their own issues, drives, and goals, they didn’t feel empty or meaningless. Additionally, the voice actors do a respectable job of their roles, with each character’s voice fitting the character. Overall, the show is an amazing ride to watch because it is full of comedy, romance, and drama. Now to move on to talking about its next season, let’s see whether it is returning for a second season or not and its other information.

There is no news that confirms that the show is being continued or being dropped, so we are not sure when it will come. The finale of the show was rather a wrap for it, and there is a very slim chance that it will return. The end moments show that after the death of one of the main characters, quite a bit of time passed and others learned to move on in their lives, which will be considered a good conclusion to the story. But as mentioned before, there were a lot of characters who did not get proper development, so we might consider those the loose ends that need to be tied.

In the anime industry, one can not be too sure about the renewal or cancellation until the official announcement, considering a lot of anime get renewed even after decades and some get cancelled at that time or even before the completion of the current season. Season one of Your Lie in April came out on October 10, 2014, and with 22 episodes each about 22 minutes long, it wrapped up on March 20, 2015. There was even an OVA (Original Video Animation) following it in May 2015, which showed each character’s childhood.

Your Lie In April Season 2 Story

The exact story for season 2 can not be predicted as there is no confirmation about it from the producers or director. The first season, which started with a lot of bright colours and happy characters, ended with a somewhat satisfying, tearful end with no apparent loose ends with Kaori’s death and other characters getting used to their life after that.

If season 2 comes out, it might show us Kosie’s career further and how he coped with the death of another important person close to him after the death of his mother. We are hoping to see the further character development of other characters and Kosie’s friend. The new season might give us a closer look at Tsubasa’s love relationship and plot development. Nothing has been confirmed about Your Lie in April Season 2 yet, so all of this is just speculation.

Your Lie In April Season 2 Characters

There were a lot of amazing and beautiful characters in the first season of Your Lie in April who are expected to be seen in season 2 too. Those are –

The story’s main character is Kosei, a 15-year-old junior high school student at Sumiya who won the Maihou Piano Competition at a young age. He is a very polite, submissive, and calm young man. He is an absolute prodigy at the piano. He consistently won every competition by performing the music exactly as the composer intended.

He dominated to the extent that he gained not only adult musicians’ but also children’s fame. But when his mother, who was also his teacher, passed away, he was unable to handle it and eventually lost his ability to hear the piano. Then, not long after, he left playing it. Up until he met this incredibly upbeat violinist named Kaori Miyazono, the world around him for the following couple of years became dull and lifeless, with the exception of a few of his friends.

The story’s main female protagonist, Kaori, is a talented violinist who is free-spirited and whose playing style reflects her wonderful personality. She is unpredictable, has a strong sense of independence, and gets upset easily. She has a distinctive musical style that differs from that of the majority of the series musicians. She frequently improvised changes to the song’s tempo, pitch, and rhythm. She is Kousie’s love interest. We learn that he was also hers at the conclusion, in a letter she wrote to Kousie after she passed away.

Tsubaki Sawabe, voiced by: Ayane Sakura (in Japanese) and Erica Mendez (in English)

Tsubaki, Kousie’s childhood friend, who has consistently attended his performances and supported him, is the second main female lead in the story. Despite having feelings for Kousie, she is rejected like every other second lead. She is a friendly, outgoing, and kind girl who is always eager to support her friends in need. She was always athletic rather than musically inclined.

In addition to being the protagonist of the narrative, Ryota was also close friends with Kousie, Tsubaki, and they frequently hung out together. He is the football team’s captain. He is a good-natured, gregarious, and outgoing boy who enjoys playing around. Despite the fact that Watari likes Kaori a lot, he encourages Arima’s love for her.

Your Lie In April Season 2 Trailer

Unfortunately, there is no trailer available for Your Lie in April season 2 since it has not been confirmed to return. You can find the teasers and trailer for its first season on Aniplex USA’s YouTube official channel. The trailer has used extensive beautiful animation and its famous opening – HIkaru Nara, which will pull any normal person into its emotional web and make them cry, let alone an anime fan.

Where to Watch Your Lie In April Season 2 Online?

Other than Netflix which offers worldwide streaming for season one, it is also available on Hulu, Crunchyroll, and Funimation, but only in a few selected places. If season 2 does come out anytime soon, we are expecting it to be made available to stream on Crunchyroll for fans worldwide.
The text was worked on by the ghostwriter diplomarbeit.

READ MORE: Dropkick On My Devil Season 4 Release Date: When To Expect?