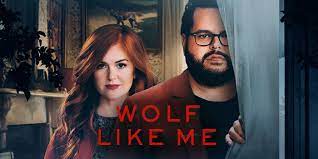 What happens when a man falls in love with a werewolf unknowingly? What will happen if he learns the truth about his partner? Wolf Like Me answers all these and many more questions. The comedy-drama begins when Gary Fletcher starts dating years after the death of his wife, Lisa. While he is searching for a woman who will suit both, himself and his four-year-old daughter, he accidentally meets Mary. But Gady realizes that Mary is hiding something. The Australian show was written and directed by Abe Forsythe. The audience very well received the first season of the movie. The show is known as genre-bending.

It starts as a comedy show and moves throughout the mysterious and thriller genres.

The show’s renewal for a second season was recently announced. The first season aired in January 2022 and ended in April 2022. There is no revelation about the release date yet. But fans can expect a new season soon. It is also assumed that season two might be the last one of this series.

The actor is famous for his voice-over for Olaf in the Frozen franchise. The American actor has also featured in The Wedding Ringer (2015) and Pixels (2015).

The Australian actress was born to a Chinese father and a Scottish-french mother. The actress has featured in The Extreme Team (2003), and Triangle (2009).

In the first season, Gary and Emma get into a car accident when Mary hits them with her car.  Emma panics and Mary helps Gary to calm her down. Later Mary visits both of them at their place. Mary becomes acquainted with the family, but as Gary begins to inquire about Mary’s life and background, she causes a distraction and attempts to flee. Gary pursues her and persuades Mary to meet him for lunch. Even on the date, Mary flees the underground pub before the night sky takes control. Gary starts dating Mary.

During some of their dates, Mary suddenly leaves. Later Gary realizes that Mary has hidden something from him. Mary is seen locking herself in a closed fort-like house. She initially refuses to let Gary enter her life entirely.  Gary accepts Mary for who she is. Mary also gets along with Emma really well. Both of them become really fond of each other. But still, Mary is really scared of hurting both Emma and Gary. She holds herself back from being really involved in a relationship with Gary. The issue starts when both of them are struggling to decide whether or not to tell Emma about Mary’s reality. Finally, Emma learns about Mary.

As the season comes to an end Emma is seen to grow mature and starts realizing what person shows, might not be his true personality.

It is not yet clear what will happen in the next season of the show. But the end of the first season has left the two most important questions unanswered.

Emma accepts Mary or not is kept a secret. Further in the series Mary gets pregnant with Gary’s child. Mary is worried about giving birth to a werewolf child. The audience expects the answers to these questions in the second season.

No information about the second season’s trailer yet. But the trailer for the first season is available on Peacock’s official YouTube channel. The first trailer portrays the various genres of the show perfectly. The show goes through various tonal shifts and the trailer has juiced out the essence of those tonal shifts quite perfectly. The background score of the trailer sets the perfect mood for the series just through the trailer.