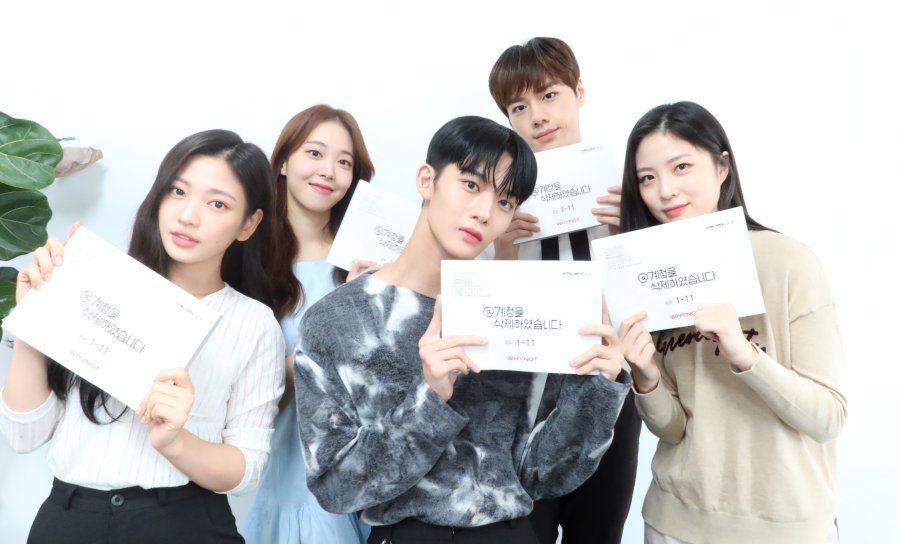 User Not Found is a 2021 South Korean Drama that tells us the story of a 17-year-old girl named Yoo Min Jae who is a high school student. She is dejected because she has always been the loner in her school with no friends or attention. When she transfers to a new school, she is surprised to come across another student with the same name as her, when she gets to talk to her, she is stunned to know that this girl leads an opposite life to her. She has always been in the spotlight and popular among the students and wants to lead a peaceful life for once.

Both the girls decide to swap lives with each other since they have the same name. Things seem to run smoothly until we come across a boy named Shin Yi Joon at the high school who is popular among the school for his tough and cold aura. Yoo Min Jae fits in with the popular group of high school unlike her past self and gets to know Shin Yi Joon better only to realize he is not as cold as he appears to be to others. Meanwhile, the other Yoo Min Jae starts doubting this identity swap and the benefits she is getting out of it if any.

We get to see a change in the relationship dynamics of both the Min Jaes as they grow more protective and supportive of each other. Earlier, the popular Min Jae refused to provide any help to Min Jae because she did not understand why she would want to try so desperately to win over other students at high school who do not even care about others that much. But things seem to change in the recent episodes where they both try to protect each other and any possible threat that could come in their way.

Meanwhile, we see Jiwan getting jealous of Min Jae because of all the attention she seems to get from the other students at high school. She tries to poke her nose into Min Jae’s life by pointing out how she has deleted all her previous posts and does not seem to be connected to any of her friends either. Such instigation from Jiwan makes the rest of the high school students get influenced and they also start to doubt Min Jae and her behavior towards them.

Shin SoHyun plays the role of Yoo Min Jae in User Not Found who has always been the outsider in her high school with anyone hardly noticing her presence. She tries to change this in her new high school, Woojeong High School where she learns how to talk to strangers and becomes a part of the popular group of the high school.

Han Ye Ji plays the role of Yoo Min Jae who feels burdened by the constant attention and popularity she has received throughout her life. She dreams of changing this and leading a peaceful life away from any drama and attention which seems to come true when she gets to swap lives with another girl with the same name as hers.

Bae Jin Young plays the role of Lee Jun who is immensely popular at his high school for his cold but attractive appearance. He has a lot of rumors floating around him claiming him as a dangerous person involved in dark acts and also labeled as a flirt which all seems to be false as his real self is very different from the rumors. Bae Jin Young is a singer of the famous Korean Pop group named CIX which is another reason why a lot of female friends would be interested in the show.