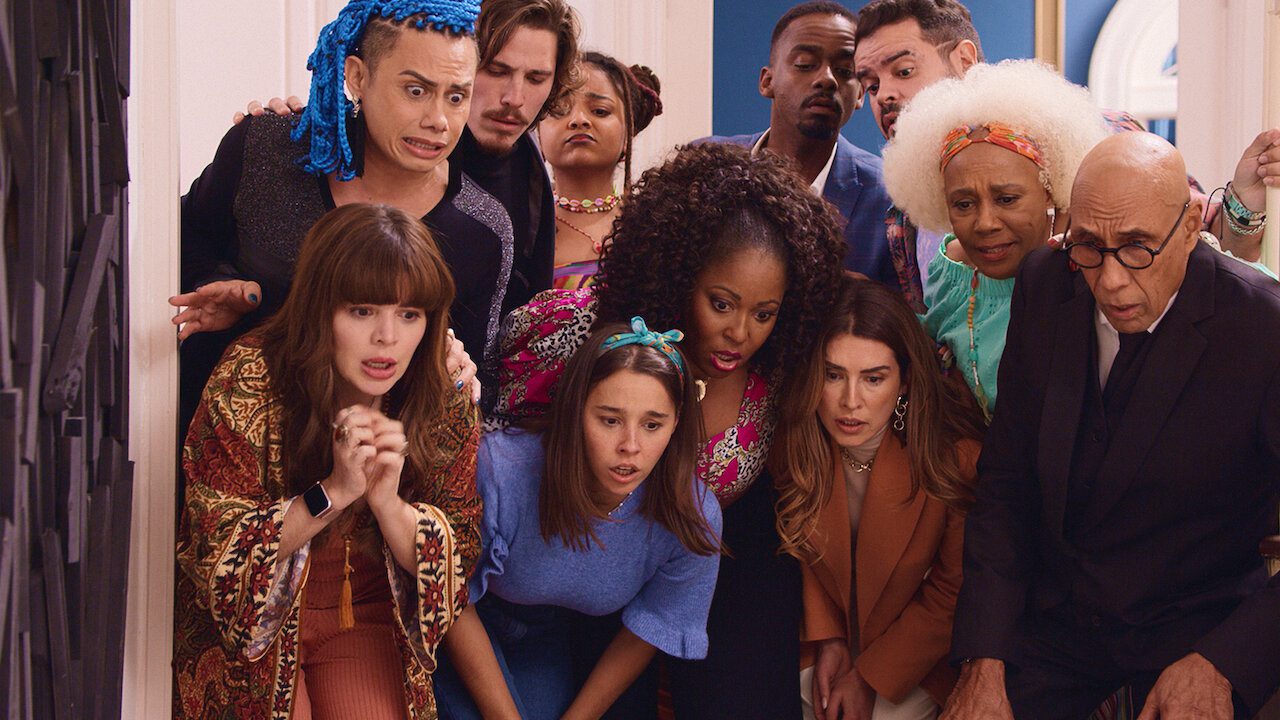 Unsuspicious is a Brazilian show currently streaming on Netflix, the show is based on the genre of mystery and comedy. Written and created by an iconic duo of Cesar Rodriguez and Leandro Soares, the show was created to target a huge audience from South America and Europe.

With 9 episodes in a very 1st season, Unsuspicious debuted on TV screens on 17th August 2022. The show also includes three famous Brazilian actors, Mara Junot, Romulo Neto, and Silvero Pereira. Unsuspicious currently streams on Netflix in the Portuguese language, people who don’t understand Portuguese will have to stick to the English subtitles or the other provided with the subscription.

The comedy show Unsuspicious also has thriller elements as it proceeds with episodes, thrill, and mystery starting when the murder of a rich playboy called Jorginho Peixoto is unveiled. Unsuspicious is one of Netflix’s originals’ very recent releases from August as it is yet to be expected to cover a much larger audience even outside the market of Brasil.

Every character in the show had a unique and contrasting personality with rushing storylines. Yet, the story is very slow, considering a 9-episode-long show was created as an investigation of murder with not much of a plot in the series. Depending on the taste of the audience, the humor is also considerably good.

All the suspects in the investigation are related to the Victim, Jorginho who had three wives and invited all of them to discuss the series of events he has been encountering all along. Jorgihno Feared his death before but lesser he knew that it would happen before he managed to find who was conspiring to kill him.

The very first season failed to live up to the expectations of the audience as the show didn’t perform well on the rating chart. IMDB, on its official website, rated Unsuspicious with boggling 5.1 out of 10, which is quite an average score compared to the standards of Netflix in renewing its shows with the subsequent seasons.

Neither Netflix nor the creators Cesar and Leandro have spoken anything about the possible second season, it is also quite unfavorable that the show will be renewed. Netflix generally takes around one month (preferred Netflix time) to asses the achievements and perks of the show.

The starting and the ending were quite straightforward, uncovering the reasons behind the mysterious death of Jorginho Pixxoto. Detective Nunes turns the main plot in the series as he is seen investigating the death of a rich playboy. The creators Cesar and Leandro also expressed their gratitude to Netflix for their chance to write and direct Unsuspicious, later they also admitted that they will be happy to work on another season.

Since one month has passed since the release of 1st season, we could expect Netflix to decide on the future of the show ‘Unsuspicious’; the chances of the show getting renewed diminishes as the show failed to live up to the expectations of the drama and the sitcom lovers. The ratings of the show also play a significance and with being a ‘5 out of 10’ rated show it’s still hard to predict that Netflix will even renew the show.

As season 2 is not announced yet, it is hard to decide who will be recast in season 2. So, Here are the cast members of the first season: we have Fernanda Paes Leme as Patrícia Paranhos, Maíra Azevedo playing Bete Oliveira, Marcelo Médici as Marcelo Médici, Thati Lopes as Thati Lopes, Romulo Neto as Mauricio, Silvero Pereira as Aquila and Raphael Logan as Darlinson Oliviera. In addition to all those notable appearances, Thyllene and Raul as siblings.

Patricia, in all of the cast, plays a very important and mischievous role as she is seen having an affair with Aquila (Played by Silvero Pereira), Which also triggers the emergence of the plot. Patricia as Beginning was shown as the Trophy Wife of Jorginho Pixxoto.

The creators did a good job mixing the entertainment TV genres such as mystery, comedy, and thriller in a show. But the series didn’t perform as expected and gave a different view of the storyline. The seems to be extended unnecessarily and at various points, the comedy is also forced.

Marconi also plays a decent character side by side with Jorginho, he stages his name as Washington in front of everyone. He earlier agreed with Jorginho to hide his name. Challenge and Bete are also an imminent part of The Unsuspicious show as they are seen claiming shares in Jorginho’s Property. Season 2 upon its release can unfold another investigation by detective Nunes of various crimes committed by the character in the process of finding out the truth behind the mysterious death of Jorginho.

Later it is revealed that all the main characters, like Yara, Xandra, Patricia, Oliviera, Bete, Marconi, and Thyllene. They all had a reason to kill Jorginho. Marconi also attempts to escape with the money but is later stopped by Yara.

The story of season 1 starts with Jorginho an influential businessman inviting his three wives to his house by sending them a letter each. The three wives accept the invitation of Jorginho by arriving at his house with their respective Families. Jorginho later after gathering them all, expresses his emotions about being paranoid that someone is after his life and he is being conspired to be murdered very soon, Jorginho is seen asking for help, but nobody comes forward.

Jorginho is later forced to threaten the families by using various means to snatch the properties away. Later that night, he is mysteriously murdered, and that’s where one of the main, funny, and important characters comes in, Detective Charles Nunes who is charged with the investigation of Jorginho’s murder.

One of the biggest mysteries unveiled with Washington who was the butler of Jorginho, Yara and Detective Nunes later found out about him when he is seen entering the office of Jorginho in an attempt to find the passport and other identifications. Washington’s real name was Marconi Goncalves. Marconi later reveals an affair existing between Patricia (Jorginho’s Wife) and Oliviera who has initial plans to run off to Paris.

Thyllene is also lying about her pregnancy, And Bete’s and Yara’s claims for a share in the property of Jorginho are found to be False. Marconi, in an attempt to escape with the money of Jorginho is confronted by Yara and in this whole altercation, he dies after falling from the roof into a flowerbed.

Jorginho’s cause of death was Poisoning, Marconi, on the same night, serves Jorginho a tea poisoned to kill him. So, in the end, it is found that it was Jorginho’s butler Marconi who was behind the vicious murder.

The trailer of the 1st season was released on the YouTube channel of ‘Netflix Brazil’; it was aired on 18th July 2022, exactly one month before the release of the season. In the trailer, We can see Jorginho sending out letters in the hope of gathering his family for dinner. The trailer also introduces Detective Nunes with a very funny Introduction as he is later seen interrogating various family members who were present at the scene of the Murder.

With the introduction trailer, all the genres were revealed, such as mystery, crime, thrill, and comedy. And in the trailer, everybody is under the radar of an investigation by Detective Nunes for the murder of Jorginho Peixoto.

Where to Watch Unsuspicious Season 2 Online?

There is no announcement of season 2, so it is impossible to predict the platform on which Season 2 will stream. Season 1 can currently be streamed on Netflix. Every nine episodes of the season are extended to nearly 30 minutes. Netflix offers various affordable prices for its subscription ranging from 149 to 649 Rupees, and is accessible on multiple devices, limiting it to 4.

Right now, Netflix doesn’t seem to be in a position of urgency to renew the show Unsuspicious; we could still expect an announcement from its distributors very soon as the show has hit its 1st month of release, a preferred period which Netflix takes to announce the other season or the cancellation of the show.

MUST READ| Sketchbook Season 2 Release Date: Everything You Need To Know