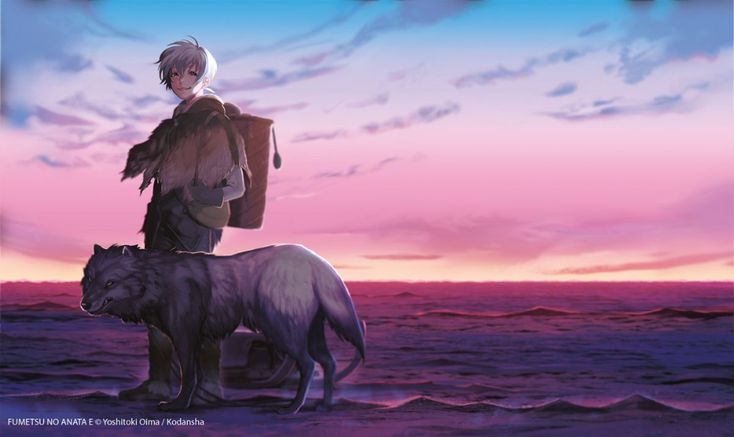 To Your Eternity Season 2 Release Date

Recently anime written by women have gathered a lot of attention from anime viewers. Animes like Demon Slayer and To Your Eternity which have been adapted from the manga that was written by women have made a special place in people’s hearts and they just can’t seem to take their eyes off of the pretty animation in the anime and heart-touching story. Demon Slayer’s movie “Demon Slayer: Mugen Train Arc” became the highest grossing anime movie of all time worldwide, and To Your Eternity won quite a lot of awards and polls, along with people’s hearts and minds, and was also very well praised by the critics because of its character design and story. So what is this beautiful anime about and why is it so popular that it was quickly renewed for a second season? Let’s find out.

To Your Eternity, also known as Fumetsu no Anata, with its beautiful story, made a lot of people cry, falls under the supernatural and drama category, and is set in a very old time. It was adapted by studio Brain’s Base from the Japanese manga, which was written and illustrated by Ooima Yoshitoki and went into publication on November 29, 2016, and has been ongoing since then. It has the same author as the hit emotional movie “A Silent Voice,” which also tugged at the hearts of many while paying with their emotions. The story of To Your Eternity was inspired by Ooima’s grandmother’s death, and she perfectly portrayed her sad feelings that made everyone watching the anime or reading the manga cry from the heart. You understand the emotion that To Your Eternity wants to arouse in its audience if you’ve ever experienced the loss of a loved one. She is renowned for enhancing human emotions through her stories. By doing this, she is able to explain to the audience why particular characters act in the ways that they do, and To Your Eternity is no exception.

It is more than just a work of art; it is also a journey that centers on a hollow shell. A journey that explores the harsh yet seductive aspects of human life is a journey that is both joyful and painful. One of the most exquisitely condensed episodes in television history introduces the program and gives viewers a taste of what to expect. Every scene’s purpose is complemented by its moving soundtrack, which leaves viewers with a lasting impression. Brain’s Base expertly makes animations that are perfectly suited to the depressing yet captivating setting. The show’s subtly incorporated themes, such as “What is the meaning of life and death?” only enhance its originality. “What distinguishes humans as such?” To Your Eternity is a feeling, not something you merely observe. Search no further if you want to embark on an adventure.

To Your Eternity Season 2 Release Date

A second season of To Your Eternity has been announced and will premiere in October 2022. Season one was released on April 12, 2021, and ran till August 30, 2021, with 25 minutes and 20 long episodes. The new season of this anime will be created by Studio Dive and is also expected to have 20 episodes in total.

To Your Eternity Season 1 Recap

One of the most imaginatively original anime series you will see is this one. Your typical anime might have a setting that is entirely surreal or completely realistic, with a magic system that shapes the entire world. A character from such a fantastical world—an orb—is introduced into the real world in To Your Eternity. With its world, its inhabitants, and the themes that can be explored through the characters and learning about emotions, this premise is so original, different, and inspiring.

Even for a supernatural drama, To Your Eternity is fairly standard. Following Fushi’s journey, the narrative’s main character, the show demonstrates his alienation from and lack of understanding of humanity. His characteristics have always been animal-like. Although he lacks an understanding of some concepts, he is curious about the world around him. As Fushi witnesses more commonplace occurrences in life, such as death, he starts to comprehend what it means to be a human. Furthermore, he has no fear of death and has no real understanding of it because he is immortal. After repeatedly being killed, he grows accustomed to death and recovers even more. But as time passes, Fushi develops a deeper sense of empathy and comprehension for both himself and other people. We get to see his character develop by embracing the essence of humanity as each episode progresses.

Throughout the course of the program, Fushi meets new people and forms deep bonds with his friends. Gugu, Pioran, Tonari, and March rank among the most well-known of these. The more he engages with them, the more they serve as a surrogate family that moulds his personality. In fact, March gave him his name; without her, Fushi wouldn’t have one. She is one of the nicest characters in the series and accepts Fushi as he is without bias or condemnation. We can also say that Fushi develops into a more human character as a result of her influence.

Likewise, he forges sibling bonds with Tonari and Gugu. Both of these people have had a significant impact on his life as he learns to love and guard them. Additionally, due to his immortality, Fushi displays no fear when defending his friends. Pioarn, who serves as Fushi’s personal mentor, may provide the most advice. She helps Fushi understand the human language and how every action has an effect, something he has known since the beginning of time.

Unluckily for Fushi, not every person he meets will become a supporter or friend. The perilous Nokkers, otherworldly beings he meets in their world, or the fixated Hayase, are a few examples. Contrary to Fushi’s evolution, the latter develops into a more twisted character. Hayase does indeed represent the negative side of humanity. She differs from all other human characters in the show in that she fantasizes about becoming immortal and that she grows a twisted affection for Fushi. In later episodes, you can barely see how far her obsession and beliefs go. Despite this, To Your Eternity manages to imbue its cast of characters with intriguing and vibrant personalities. Every significant character contributes significantly to Fushi’s growth, whether it be by molding him into a more human being or making him a more relatable character to us.

To Your Eternity Season 2 Story

After picking up where season one left off, To Your Eternity’s second season is anticipated to adapt chapters 55 and onward from the remaining manga. It is anticipated to cover the “Guardians Arc” of the manga, which charts an older Fushi’s journey through a more contemporary setting while encountering new characters.

In this particular plot, the middle-aged Fushi spends 40 years living on the island before the Nokkers start attacking people outside the island. Hisame, the nine-year-old granddaughter and reincarnation of Hayase’s restless spirit, shows up as he’s about to leave. Fushi avoids most people for the next 200 years, but the seventeen reincarnations, descendants, and successors of the obsessed Hayase, among whom is a man by the name of Kahaku, pay him frequent visits. He continues to live on Earth while dealing with his problems and meeting new people.

To Your Eternity Season 2 Characters

Additional new characters that are confirmed to appear for the first time in this season include – Kahaku and Hisame.

To Your Eternity Season 2 Trailer

Earlier this year, the anime released a season 2 trailer that featured never-before-seen clips from the upcoming season as well as information about its new studio. The new season has amazing animation as well, just like the first season. There are a couple of scenes with new characters and a mysterious albino figure in a cloak, as well as one where a nokker terrorizes a town, but that’s about it.

Where to Watch To Your Eternity Season 2 Online?

Season one of the show is available to stream on Crunchyroll, Netflix, Ani-One Asia, Youtube Official Channel, Anime Digital Network, Bahamut Anime Crazy, Bilibili, and iQIYI. Season two has been confirmed to air on these networks, especially Crunchyroll for a global audience.