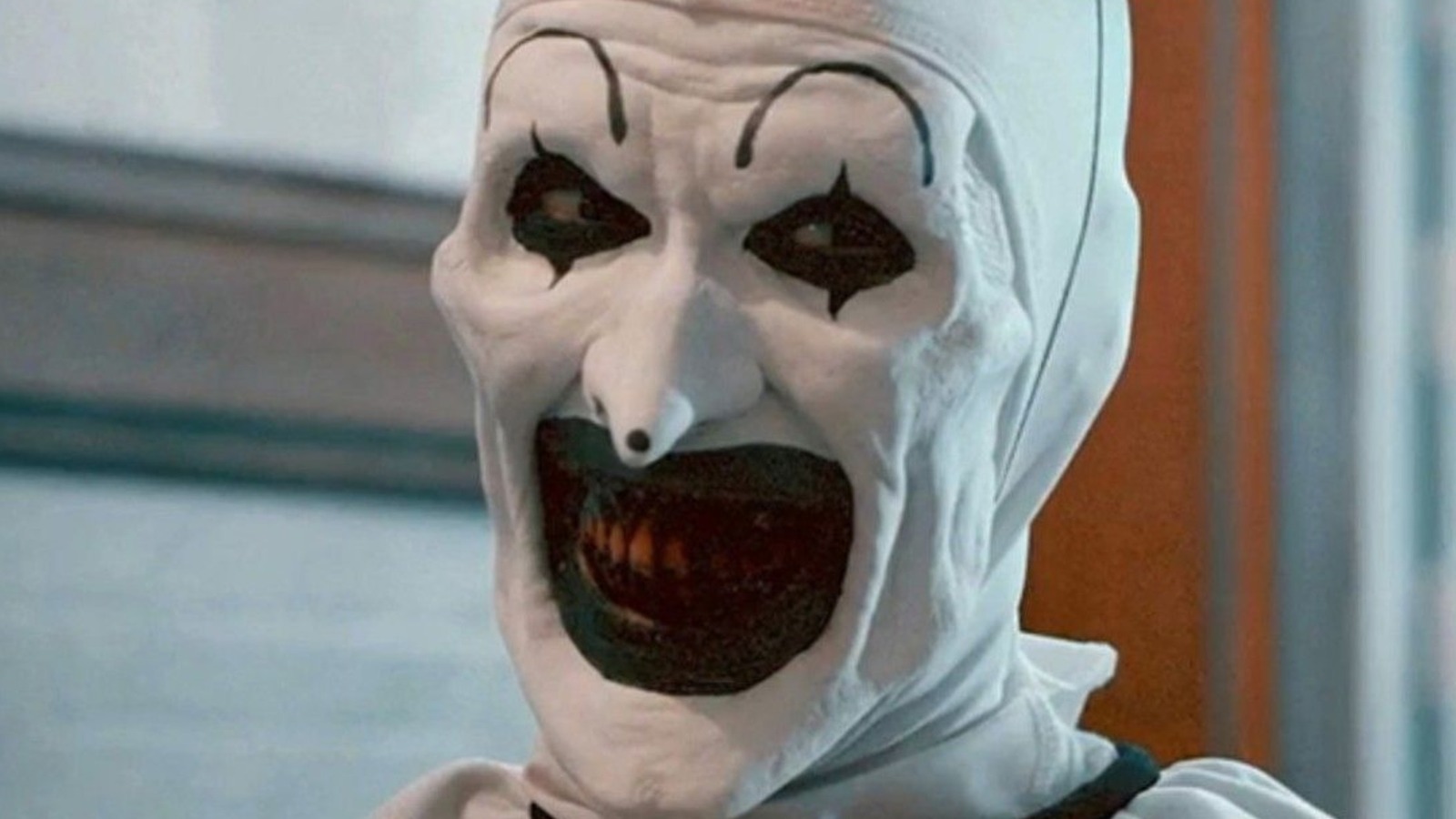 Clowns are supposed to make us laugh. What happens when the opposite occurs? Did not quite get it? Well, let’s phrase it like this. Have you ever wondered what would happen if clowns, who apparently make us laugh, start to make us cry, or worse, start to kill us? A terrifying sight indeed.

When it comes to horror, Hollywood has made a mark in that genre. Certain horror films that have come up from Hollywood are genuinely unparalleled. Themes such as satanic devices, gore, violence, and many more have been used in the horror films that Hollywood has given us. Despite so many horror films, the industry has never failed to amaze us. It is always mixing one thing with the other to make the viewers more intrigued and glued to the screen.

Just like all the other times, Hollywood blew up everybody’s minds when the creators mixed clowns with appalling, gruesome stuff. It is interesting how they mixed an entirely happy-go-lucky creature with something extremely terrifying.

Released in 2016, Terrifier is a splatter film that was written, directed, and produced by Damien Leone. The main character (whom we completely hate) Art the Clown was first seen in the short film The 9th Circle in 2008 which was also written and directed by Leone. The character of Art was later written and directed in a short film titled Terrifier by Leone. It was released in 2011.

In the anthology film All Hallows’ Eve, the shorts were incorporated marking both Leone’s directorial debut and Art’s feature in a film. Terrifier first premiered at the Telluride Horror Show Film Festival in 2016. In 2017, it was screened at the Horror Channel FrightFest. Later, in 2018, the film got a limited release by Dread Central Presents and Epic Pictures.

Although movies like Terrifier are only suitable for a specific audience, it has received immense recognition and fame. Owing to that very fame, the second installation of Terrifier was released on 6th October 2022. Although a bit different from the first movie, the plot revolves around Art the Clown and his murders/gruesome killings.

Terrifier 3 has not received any official announcement yet. Since we got a second installation of the film series just a few days back, the audience still requires time to process whatever had happened.

“Even if Art seems dead in the second film, is the clown really dead?”

We all have that question in our minds. This question will possibly be answered if we get a third installation of the film.

In an interview with SlashFilm, Leone revealed that he is already thinking about Terrifier 3. He said, “I basically have a structure for part three already. Right now, I’m still in the headspace of an artist who just doesn’t want his film to sort of jump the shark.”

Even if this is not an official announcement, we can hope for a third installation. It still has time though. We can predict that the story will pick up from where it was left in Terrifier 2.

Terrifier 2 ended with Sienna decapitating Art and the ghostly girl carrying the head and leaving. In a mid-credit sequence, we found Vicky giving birth to Art’s head.

It was revealed to us by Monica Brown in the first film that Art the Clown was not dead. Instead, the body mysteriously disappeared indicating that the killer was alive and will continue his killing spree.

Terrifier 2 confirmed the fact that Art was alive. He escaped from the morgue after murdering the coroner who was investigating his dead body. The story begins with a time leap of 1 year.

While Halloween was around the corner, Sienna Shaw was finishing up her Halloween costume of a warrior princess which was designed by her later father. Out of everything, Sienna’s brother, Jonathan, was hellbent on dressing up as Art the Clown for Halloween to which Sienna expressed her worries to their mother.

That very night, Art appeared in Sienna’s dream. Following the dream, the wings of her costume were seen to catch fire. Very strange. On Halloween Jonathan witnessed Art playing with a dead possum. Later he got suspended by the teachers who found the possum. While Sienna was at the costume shop to get a new pair of wings for her costume, she too came across Art. Art killed the shopkeeper right after Sienna left.

When Barbara found that Jonathan was suspended, she refused from going out. Out of rage, Jonathan slashed her car tires. While Barbara was cleaning up the mess, she found Art sitting in the car and was shot in the face. Jonathan returned home only to find the corpse of his mother being served dinner by Art and got disabled by the malicious clown.

Meanwhile, Sienna was out partying with her friends, one of whom was already killed by Art. She was given molly which reacted with the already-consumed alcohol. It resulted in her having a panic attack when she saw a little girl dressed as a clown. While Brooke and her boyfriend were driving her home, Sienna got a phone call from Jonathan stating he was at an abandoned carnival.

Inevitably they went to that carnival which ultimately resulted in Brooke and her boyfriend getting murdered by Art. It feels as if nobody can escape Art. Sienna also got stabbed in the chest with her father’s sword. While Art began to eat Jonathan, Sienna somehow manages to decapitate Art.

Now the mid-sequence of the movie is what makes us question whether Art is really dead because it showed Vicky giving birth to Art’s head to a nurse’s horror.

Both in Terrifier and Terrifier 2, Art the Clown was played by David Howard Thornton. So, it would not be very wrong of us to expect the same actor to play the evil clown in the third film as well. Samantha Scaffidi played Vicky in both movies. We may get to see her as Vicky in the third installment as well.

As for the other characters, they were played by different actors in the movies until 2022 owing to the difference in the plot lines of the movies. Keeping this in mind, we are not quite sure about the cast of Terrifier 3 for now. We will probably get Thornton as Art, but we have no news about the others.

There is a high probability that we will have a different storyline for Terrifier 3 that will be a continuation of Terrifier 2, but even for that, we will have a new script and eventually a new cast. We will have to wait for any further announcements regarding the third film so that we can somehow determine the cast.

As of now, if you have not watched the trailer for Terrifier and Terrifier 2, you can watch them by clicking on the links given below:

Where To Watch Terrifier 3 Online?

Presently, Terrifier 2 is not widely available to watch on any of the streaming platforms. In North America, Screambox has acquired all the rights, it might be available there.

The film will be released on Blu-Ray and DVD. It will be available for purchase on Amazon on 24th October 2022. Terrifier is available on Amazon Prime included with Screambox.

Terrifier 3 will probably be available for the cinemas. Nevertheless, we cannot be very sure of that for now. All we can do is wait and watch until there are any official announcements regarding the third installation of the movie series.

In this article:Terrifier 3, Terrifier 3 Release Date