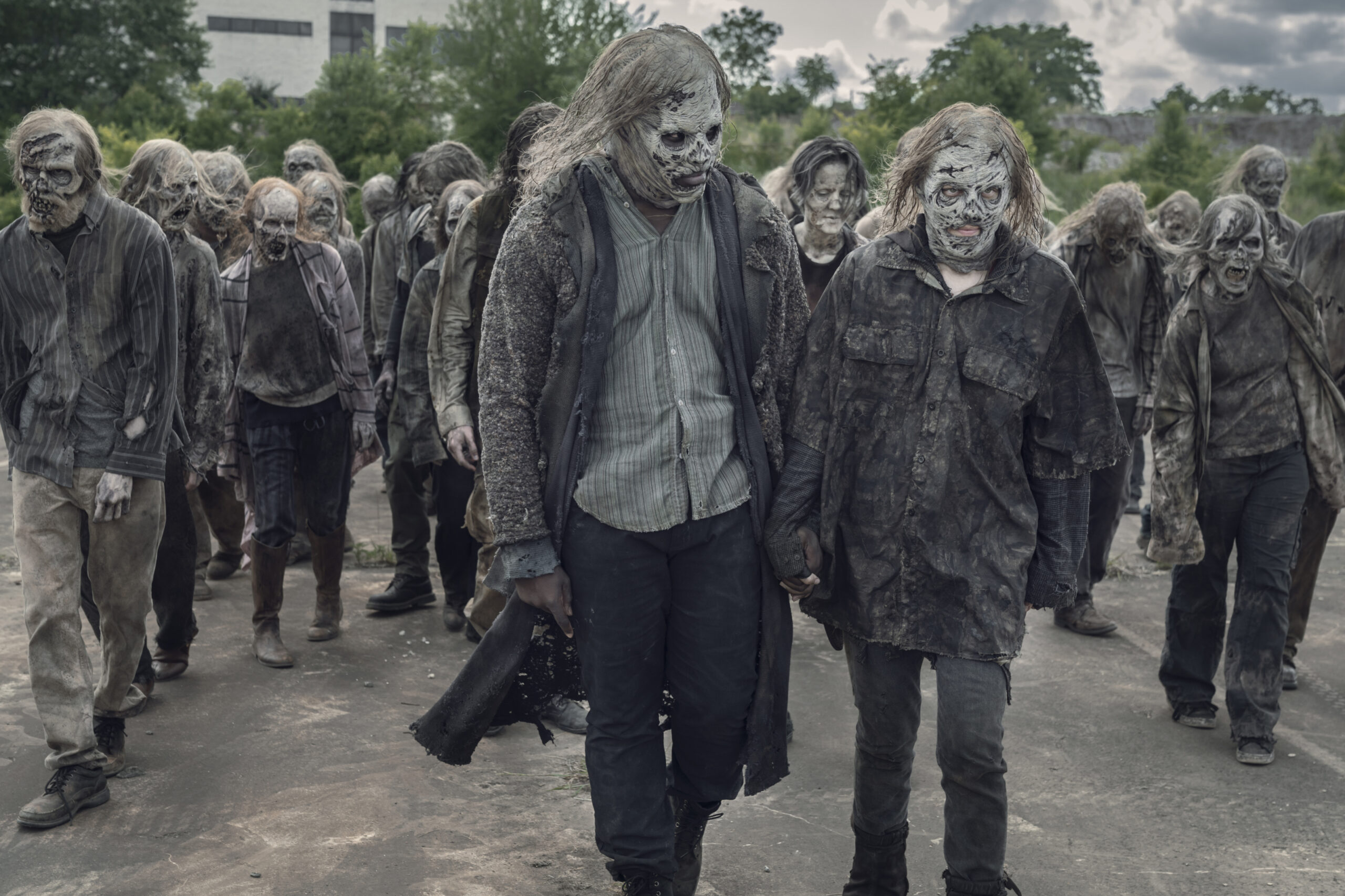 Coming back to Tales of the Walking Dead, the horror drama series was created by Scott M. Gimple and Channing Powell, who were also its executive producers along with Gale Anne Hurd, and Michael E. Satrazemis, David Alpert, Brian Bockrath, and Robert Kirkman. The music from the show is provided by Morgan Kibby and Daniel Wohl. The production of the series took place exclusively in Georgia.

Zombies might be one of the scariest apocalypses after the Covid 19 (which is obviously the scariest one). Over the years, there have been a lot of shows based on this apocalypse in various languages, and because of their special effects and scary zombies, they have been quite successful in the market among fans. One such series is The Walking Dead, which has gained a lot of popularity, resulting in the series receiving a lot of spin-offs and sequels. The Tales of the Walking Dead is also a spin-off from the original The Walking Dead series, which was originally adapted from the post-apocalyptic American comic series written by Robert Kirkman and illustrated by Tony Moore and Charlie Adlard, which first began publishing in a black and white version and was later serialised as a coloured version.

The show tells a different story from an all-new angle in every new episode, which seems quite a successful strategy in pulling the viewers’ attention. Though the action scenes are edited poorly, the story and the cinematography are a feast to enjoy. To the fans of the original The Walking Dead anthology, this concept might seem fresh and new and enjoyable to watch for a change. There is even a rumour that states that one of the episodes will take place 35 years after the outbreak, i.e., in the year 2045, which will hopefully show us some new things and be enough to pull the viewers into watching the show.

The story of The Walking Dead, the original series, which has a total of 11 seasons, can be summarised as a story of people trying to survive a zombie outbreak. The zombies are referred to as “walkers” here, and they have good hearing and smelling power and go wherever they hear loud noises or human scents. The only way to kill them is to either destroy their whole body and especially their brain while they are activated or after the humans who carry the pathogen responsible for this whole zombie situation die. The spin-off story we are talking about has its main set-up based on this story and situation and focuses on some other side characters while they are all set to pray for the already deceased characters.

If this zombie spinoff, The Walking Dead, amused you and left you wanting more, you have come to the right place. In this article, we are going to look into this series further and deduce the possible release date for the show’s second season while also looking at its cast, characters, and possible story if it doesn’t get cancelled, that is.

The first season of the show, with the first episode titled “Evie / Joe” went on air on August 14, 2022, and hasn’t finished yet. The first season is registered with 6 episodes. The first episode was written by Maya Goldsmith and Ben Sokolowski and directed by Ron Underwood. The other episodes, which include “Blair / Gina”, released on August 21, 2022, are written by Kari Drake and directed by Michael E. Satrazemis, who also directed the third and fifth episodes, “Dee,” released on August 28, 2022, and “Davon,” released on September 11, 2022. Both these episodes were written by Channing Powell. The rest of the episodes will air on September 4, 2022, and September 18, 2022, respectively. Deborah Kampmeier and Lindsey Villarreal wrote and directed them and are titled, “Amy / Dr Everett,” and “La Doa.”

The news about the new season will only be released once the current season finishes airing with a successful rating and is affordable enough for the producers to produce the next season. Because there is only one episode released so far, it is kind of tough to deduce whether the show will be renewed or cancelled, but we are hoping that it will be picked for the next season, as looking at the first episode, it has enough potential to be picked for a second season.

But apart from these, there are rumours that the second season already has a few episodes written, which are not your normal scary zombie stories but a musical containing zombies! Though these might be rumours or a part of them might be the truth, there is no harm in hoping that the show will return for a second season.

READ MORE: What Would You Do Season 17 Release Date: Will The Series Continue Or Stop There?

The second season of Tales of The Walking Dead begins with a brand-new narrative set in the same world as the first. So far, only one episode has been released for viewing. There are terrifying, flesh-eating zombies everywhere. Some of them are those original series characters who passed away back then. The protagonist of the show, Joe, a lonesome man who has been hiding out in a bunker since the end of the world in the first season, is introduced to us. He sets out on a 700-mile road trip, leaving his home and his bunker in the dangerous world in order to meet up with an old online acquaintance. He meets Evie along the way, and she decides to go on the same mission with him.

The rest of the episodes are scheduled to be released one episode every two Sundays, where we will meet more new characters along the way of the whole journey and hopefully a nicely wrapped end.

If season 2 comes out, there are high chances that we will see the characters from season one as walking zombies. Though there is no confirmation yet, there are rumours flying around that a few episodes have already been written for season two, which were hard to manage in season one and hence might appear in season two. Those episodes are said to be musicals. Nothing is confirmed right now, and all these are rumors.

There are chances that season two will pick up right after the end scenes of season one, but again, that can not be confirmed as we don’t know how season one will end, whether it will end up with an open end or whether it will wrap up some of the story, leaving bare enough for season two. All we can do right now is watch the first and patiently wait for the second season’s announcement.

If season two picks up with the same interest as season one, then there are high chances that there will be cast and characters that will be reappearing from the first season of Tales of The Walking Dead. There have been a lot of characters in recent seasons who are already dead (other than dead zombies) and a lot of new cast members with new characters. There are some of the zombies of some of the main characters from the original The Walking Dead series.

There are expected to be a lot of new characters in the second season, just like there were in the first, though nothing can be confirmed as of this moment as there has been no official announcement.

Unfortunately, there is no trailer released for the second season of Tales of the Walking Dead and we are not expecting one to be released anytime soon, at least not until season one finishes airing and we see the green light from the producers and director for the second season. You can find the trailer for the first season on youtube.

Where to Watch Tales of the Walking Dead Season 2 Online?

Currently, the first season of Tales of The Walking Dead is available to stream only on AMC plus and AMC, the same platforms where the second season is also expected to air if and when it returns. If the show gets enough popularity, then it might be available to stream on more OTT platforms, though that might also be our wishful thinking.