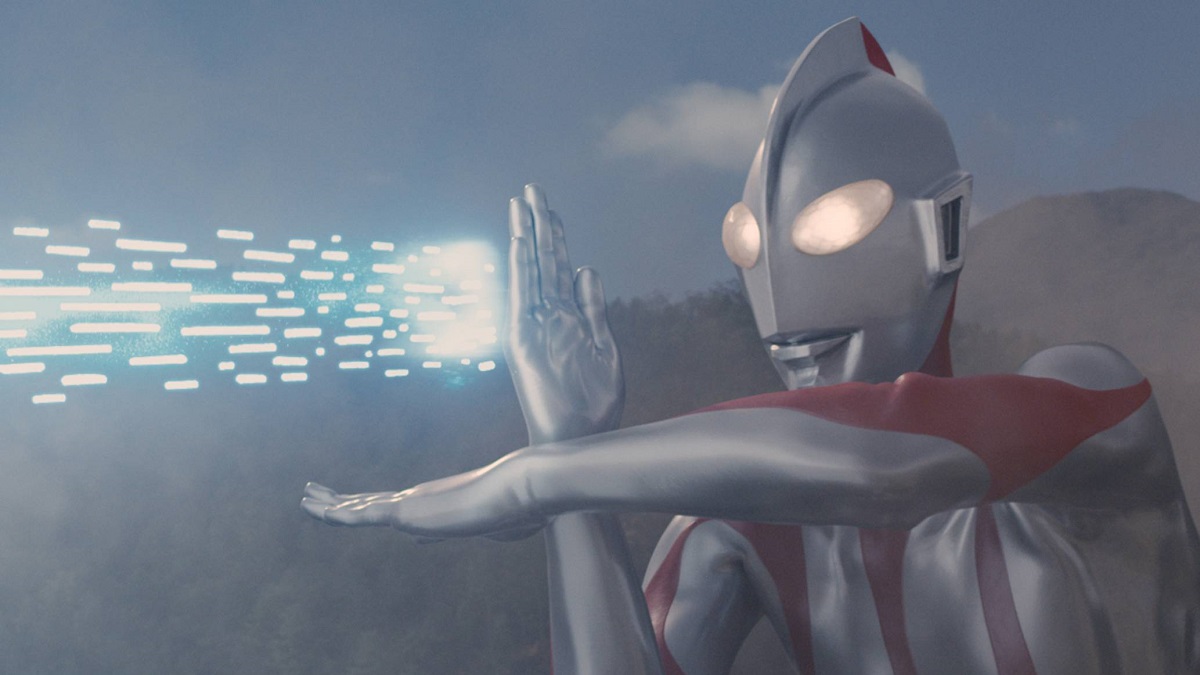 If you as a child loved watching Ultraman but now as a grown-up, you feel like that show is for children but want to rewatch it then you can watch the new movie, Shin Ultraman, a movie that not only targets children but even the adults that used to love Ultraman show when they were innocent children. To be informed, Shine Ultraman is a 2022 Japanese movie which falls under the superhero kaiju film category. The term “kaiju” refers to the genre of film that features big and scary monsters. This term can even point out the big monsters themselves too.

Even if you are not a fan of Ultraman, Shin Ultraman is still a fantastic film to watch. It is a love letter to Ultraman fans. It pays homage to Hayate, the original Ultraman. If you’ve been watching Ultraman since you were a kid, you already know that it’s a serious and thought-provoking story. Even though it can be downright depressing at times, Ultraman represents hope in difficult times. “Hikari,” Japanese for light, is a word that has been used frequently because of this. It features some of the best CGI ever created, favourite evil characters from the first season, and, most importantly, excellent direction.

The movie, according to the director, is allegedly related to Shin Godzilla, which came out before it. But with the issues of copyright, it was hard to make direct connections. In addition to depicting visually stunning creatures stumbling around real Tokyo cities, this film also focused on bureaucratic struggles. This authenticity, which had never been experienced before, added to the movie’s many appealing layers.

At the 2019 Tsuburaya Convention, Ultraman’s design was unveiled after the project was first announced on August 1 of that year. The idea of the Ultraman’s original costume design was inspired by the late Tohl Narita’s oil painting “Incarnation of Truth, Justice, and Beauty,” which was created in 1983. Higuchi, the director of the show, was seeking extras to participate in additional filming in the autumn of 2019, according to a statement made on August 20th, 2019.

It’s surprising to learn that a number of scenes were captured in 4K using the cast and crew’s personal iPhones and iPads. On April 8, 2022, it was revealed that Kenshi Yonezu would perform “M87,” the song that serves as the movie’s theme. On June 22, 2022, King Records in Japan released the soundtrack to the movie under the name Shin Ultraman Music Collection. We have covered the movie’s initial domestic and international release date in a separate subsection along with other pertinent information. So be sure to read the article through to the end.

The COVID-19 pandemic derailed the initial plans, and the release date for Shin Ultraman was pushed up from its original early 2021 summer target. Tsuburaya Productions unveiled a new teaser trailer, a new poster, and the new release date in Japan, which is May 13, 2022, at the 2021 Tsuburaya Convention. The red carpet premiere took place on May 9, 2022. On May 13th (Friday), it was made available in 401 locations (including IMAX) throughout Japan. With 29.52 million viewers and 43.8 billion yen in revenue as of August 8 (Thu), 88 days after its release, the movie was enjoyed by a broad demographic of people, including men and women, young and old, and everyone in between.

On June 10, 2022, it was made available in MX4D, 4DX, and Dolby Cinema theatres in Japan. Additional international releases of Shin Ultraman have been announced for a worldwide audience. On July 2, 2022, the movie made its festival debut at the Neuchatel International Fantastic Film Festival in Neuchâtel, Switzerland. On July 21, 2022, it had its North American premiere at the 26th Fantasia International Film Festival, and two days later, the director Higuchi was present, it had its American premiere at the 21st New York Asian Film Festival.

The movie will premiere in Malaysia on October 6, 2022, following its screening at the Singapore Odex Film Festival in September 2022. There is speculation that more dates and countries will be added in the future. Did you spot the movie in your country? Let us know. If you didn’t, let’s wait together for it to come to other countries. Till then, you can enjoy the original Ultraman show.

If you are planning to watch the movie with real excitement and want to enjoy it without any spoilers, then you might want to skip this section.

The movie starts with the Japanese government forming an S-Class Species Suppression Protocol (SSSP) to eliminate the “S-Class Species”, big monsters that have conquered the control of Earth and Ultraman saving the day. The Ultraman, who is not originally a human, unintentionally kills an innocent human, Shinji Kaminaga, who was an SSSP member dispatched to kill the monsters, during his battle. After his death, Ultraman takes up his appearance, leaving the original Shinji’s dead body there in the forest as it is.

Following these scenes, a new monster named Gabora makes an appearance in the countryside and attacks a nuclear power plant. When Ultraman defeats it and saves the day, Zarab—an alien who wants to rule Earth in the form of a human—quickly appears and causes more trouble. In an effort to damage Ultraman’s reputation and ruin his public image, Zarab kidnaps Shinji and poses as Ultraman, which eventually leads to the disclosure of Shinji’s true identity. Asami learned the truth about the real Shinji’s fate when Shinji unintentionally left his “Beta Capsule” device—which enables him to transform into Ultraman—at SSSP with his friend.

Shinji is now considered a wanted criminal on a global scale. Ultraman travels to Shinji’s grave in the woods to meditate after experiencing many highs and lows. Ultraman’s senior, Zoffy, informs him that sharing his lifeforce with a human is against Space Garrison law and that he must go to trial. Zoffy uses Zetton, the ultimate weapon of mass destruction, to destroy humanity after coming to the conclusion that humans are dangerous. Ultraman is destroyed by Zetton’s artillery after being struck by a fireball that causes him to fall to Earth and revert to his human form. As Zetton resumes its assault, Shinji makes one final transformation into Ultraman and launches himself into space. When Ultraman turns on his Beta Capsule, a black hole forms around him and Zetton, sucking both of them into it.

Ultraman wants to stay on Earth to defend it, despite Zetton’s insistence that he return to his home planet. When Zetton finally gives his life to allow Shinji to be revived, he is compelled to take Ultraman’s corpse back to his home planet. Shinji is therefore given a second chance at life as the film comes to a close.

Takumi Saitoh as Shinji Kaminaga, an SSSP official who Ultraman unintentionally killed during his fight with the monsters. After his death, Ultraman takes up his identity and starts living his life while also saving the Earth from the monsters in the form of Ultraman, which he can transform into with the help of a “Beta Capsule” device. At the movie’s end, the original Saitoh returns to life.

Other cast members with their characters include – Masami Nagasawa as Hiroko Asami; Hidetoshi Nishijima as Kimio Tamura; Daiki Arioka as Akihisa Taki; Akari Hayami as Yumi Funaberi; Kyusaku Shimada as Taishi Okuma, the Prime Minister of Japan; Ryō Iwamatsu as Hajime Komuro; Tōru Masuoka as Kunihiko Karib; Keishi Nagatsuka as Hayasaka; Tetsushi Tanaka as Tatsuhiko Munakata; Masami Horiuchi as the Chief Cabinet Secretary of Japan; Hajime Yamazaki as Seiichi Nakanishi, the Minister of Foreign Affairs; Gō Rijū as the Special Advisor to the Prime Minister; Sōkō Wada as Kagami; Yutaka Takenouchi as a government official; Hideki Akasaka from Shin Godzilla; Issey Takahashi as the voice of Ultraman; Koichi Yamadera as the voice of Zōffy; Koji Yamamoto as Alien Mefilas; and Kenjiro Tsuda as the voice of Alien Zarab.

You can find the trailer for the Shin Ultraman movie with English subtitles on various fans’ YouTube channels. If you want to watch the movie, then you can watch it on JustWatch.