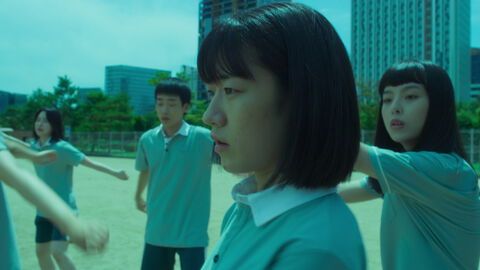 Shadow Beauty is actually an adaptation of the popular webtoon of the same name written by AHUM which was featured on the page of KaKao magazine and became an instant hit among the community of webtoon readers.

Episode 12 of Shadow Beauty will be released on 25 December 2021 according to official reports.  This means you can now enjoy Christmas Eve by watching Shadow Beauty’s 12th Episode!  The number of episodes so far are said to be 13, in case of further changes the official site will release news about additional episodes. Shadow Beauty will air on Kakao Tv Viki on Wednesdays and Saturdays. The duration of each episode is 20 minutes which means it is quite convenient to binge-watch this show.

Shadow beauty has been successful in making the viewers happy since they have rated it 7.9 which is proof enough for the fact the feedback for the drama so far has been quite positive and appreciative. You can watch Shadow Beauty on platforms like WeTV, Viki, KakaoTV or Dramacool along with English subtitles for your convenience.

The story revolves around Koo Ae Jin who is deemed ugly by the beauty standards of the society she lives in. Her life is a daily struggle where she is ridiculed by her classmates in school who never fail to torment her for her bad looks. She finds solace and happiness in the secret life she creates for herself under the name of ‘Genie”, a famous social media influencer with the help of makeup skills that make her look unbelievably beautiful with the help of editing her photos as well.

She faces a shock when someone sends her an original photo of hers with no filters and makeup, she sets out to find out who this stranger is who knows her secret, terrified that he or she may reveal her ugly truth at any moment.

Shadow Beauty left us in suspense when Koo Ae Jin’s only true friend at school, Lee Jin left the school to pursue his career as a rookie idol. Since Koo Ae Jin and Lee Jin Sung did not get to say a proper goodbye to each other, Koo Ae Jin starts crying when she finds out the handwritten letter and a necklace that Lee Jin Sung left behind at their meeting spot on the roof.

Lee Jin Sung is actually played by Hongseok, a member of the famous K-pop group Pentagon. He is shown to have finally debuted, singing on the stage. Meanwhile, Ae Jin’s classmate Mijin pretends to be Genie and the whole class swoons over her thinking she is the social media star. Ae Jin does not like the way Mjin uses her false power to bully on top of that Ae Jin loses yet another friend, Haneul who finds out who the real genie is.

Shadow Beauty has a cast of stellar performers like Shim Dal Gi playing the role of Koo Ae Jin who rose to fame with Korean Dramas Hospital Playlist along with actors like Choi Bo Min, playing the role of Kim Ho In, famously known to be a member of the K-pop group Golden Child.

With a cast so fresh and talented, there is no doubt that the audience has naturally fallen in love with the show and eagerly wait for the new episodes. Regarding the storyline, a lot of people have predicted that more of Ae Jin’s traumatic past will be revealed to us, including the mystery around her dead sister.

Along with that Ho In will try to dig deeper into the secrets of Mijin and expose her for faking her identity as Genie. The viewers are also looking forward to the love triangle between Ae Jin, Ho In and Jin Sung.  Now, how far are the predictions true, we will find out once the new episodes are released.