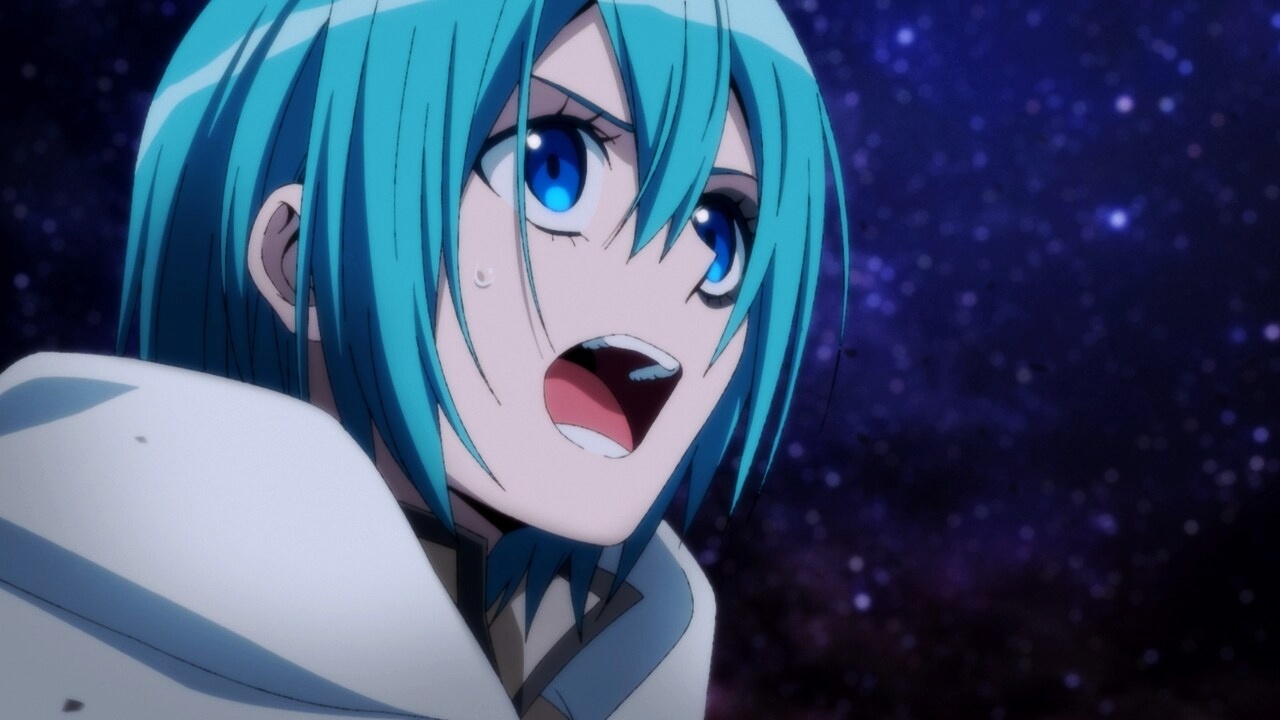 Sabikui Bisco or Rust-eater Bisco when translated to English, is a Japanese anime series that is based upon a Japanese light novel series with the same name. This series was written by Shinji Cobkubo and is illustrated by K. Agakashi. The world-building art has been done by Mocha. Eight volumes of this series have been released beginning from March 2018 under the label Dengeki Bunko which is owned by ASCII Media Works. The anime adaptation of the series which was developed by Oz started premiering in January 2022.

These episodes will be released every Monday at 12:30 am (JST). There are several ways in which this series can be watched online, one of them being streaming it on Funimation.

The story is based upon the concept of a post-apocalyptic Japan which is devoid of all life. This is because a plague-like wind blows across the sandy lands of the country. This wind affects the living and non-living things in a similar manner snd corrodes them in such a way that the only remains of the thing that has come in contact with this wind is rust.

The cause behind this devastating state of the world is believed to be the spores of a special mushroom. Bisco Akaboshi who is also known as the ‘Man-eating Mushroom’ is a wanted fugitive of the state and a wanted criminal archer. This is because he wields the arrows which have the power to grow mushrooms wherever they are shot at. But this fact is far from true. The truth is that instead of being a ‘Man-eating Mushroom’, Bisco Akaboshi is a ‘Mushroom Protector’. He deliberately spreads these mushrooms across the continent and enriches the lands. This would help in returning the lands to their previous state.

Bisco is in search of ‘Sabikui’ which is a super rare and legendary Mushroom believed to destroy all forms of rust. He ventures through the wastelands of Japan in search of this Mushroom accompanied by the crab Akutagawa and a young doctor named Milo Nekoyanagi. The series shows the conflict between the survivor’s government and a group of revolutionaries.

This character is voiced by Ryotza Suzuki. He is a Mushroom Protector who has been renamed as man-eating Mushroom due to the ongoing conflict between the survivor’s government and a group of revolutionaries. He is regarded as a terrorist and has a huge bounty on his head. He commands a giant crab which he uses as a medium of transport across the wastelands.

This character is voiced by Natsuki Hanae. He runs the panda clinic has is an excellent young doctor. His left eye socket has a dark patch which led to him being named Panda along with light blue hairs.

This character is voiced by Reina Condo. She is Milo’s elder sibling who is suffering from rust disease. She commands the Imihama Watch which is destined to protect the people from Mushroom Tessorists.

This character is voiced by Shiro Saito. He is an old man, Bisco’s mentor, and a protector of mushrooms.

This character is voiced by Kenjiro Tsuda. He is the governor of Imihama Prefecture and was the Chief of Vigilantism earlier.

This character is voiced by Miyu Tomita.  She is a young female mercenary and is employed by Kurokawa.

The first trailer for Sabikui Bisco was released on 8 March 2021, followed by a second trailer on 15 October 2021. The trailer showcased some great Cinematic shots of Post-apocalyptic Japan and gave a general overview of the story and various characters which are a part of the series.