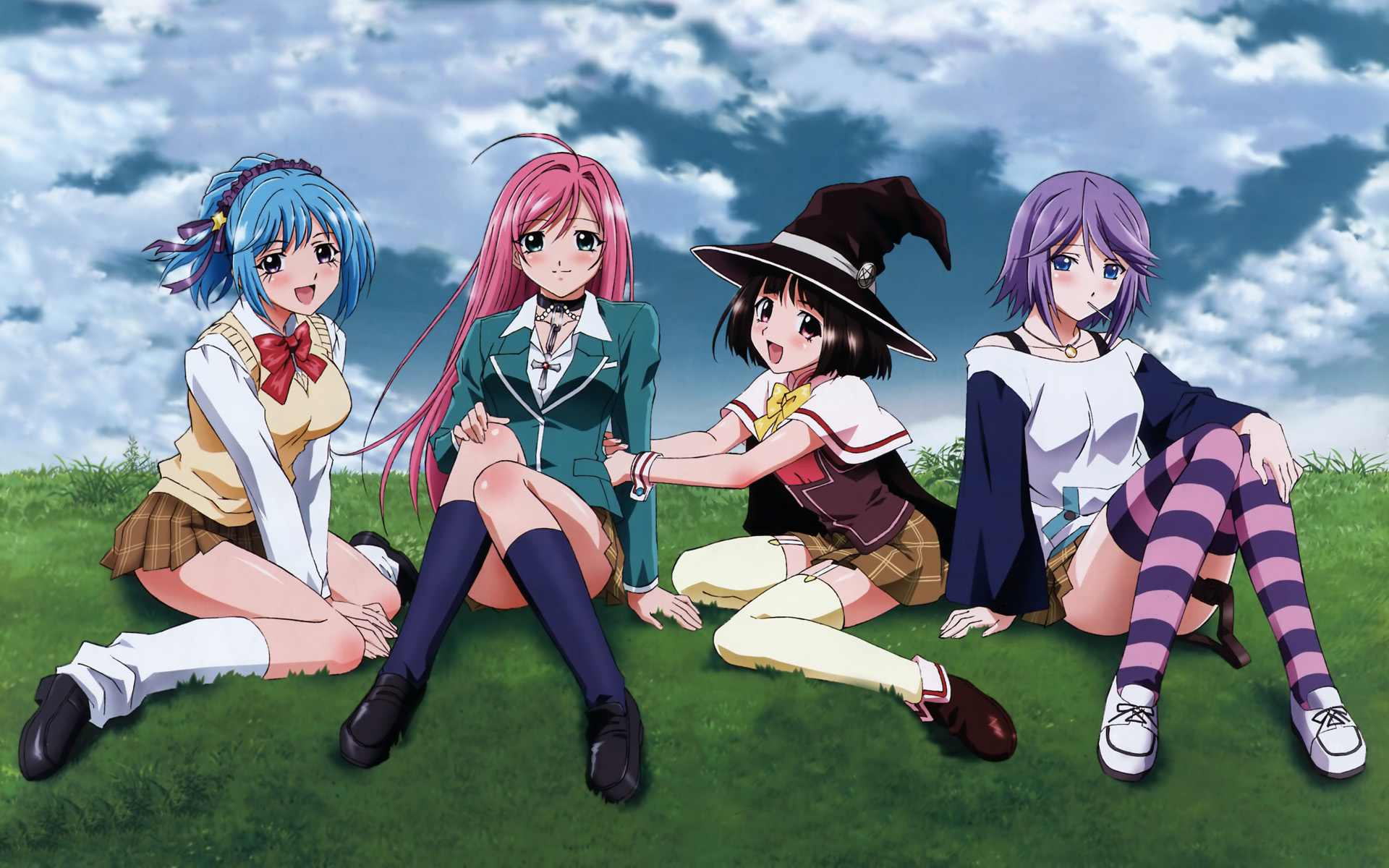 Rosario + Vampire, or Rosario to Vampire, is a Japanese animated series that was directed by Takayuki Inagaki. The anime was adapted by Studio Gonzo from a Shounen Monthly Jump manga of the same name that was written and illustrated by Ikeda Akihisa. The manga became so well-known while it was in print that drama CDs, visual novels, internet radio shows, and a novel adaptation were all produced as a result.

The anime falls under the comedy, fantasy, romance, and ecchi genres of anime, and its theme are based upon school and vampires and are mainly male-targeted. Though its source material was popular manga, it deviated from it in many ways. Ignoring that, the artwork is really good and the characters are all very likable. The show is mainly about fan service as it falls under the genre of ecchi, so the plot of the show is not that great. If you are a fan of Ecchi and don’t mind a weird plot, then this is the right anime for you.

For so long, there has been no news about the next season, even after a long hiatus. Normally an anime is renewed within 2 years of the last broadcast of the season in more extreme cases, it goes up to 5 or 8 years. But in this case, it has been more than 13 years, so the chances of season 3 are very slim, almost next to impossible.

The manga finished in 2014. If the studio wanted to pick the anime for next season, they would have done it already. But since there is no official announcement of the cancellation, we might get some news of a new season anytime soon.

The story revolves around a normal human being, Tsukune Aono, who can’t seem to get admission to any of the high schools due to his lower grades. Unbeknownst to him, his parents pick up an entrance template from the ground which does not lead to a normal school but a school meant for vampires, Youkai Academy. If any human is ever spotted there, they are killed and devoured on the spot.

When Tsukune gets to know that this was not a regular school and was meant for monsters, he was about to resign when he saw a very beautiful girl, Moka Akashiya, and decided to stay, not knowing that the girl he was trying to get into a relationship with was also a vampire.

READ MORE: Hai to Gensou no Grimgar Season 2 Release Date: When Is It Expected?

Then the daily life of Tsukune begins; now he has to conceal his identity as a human and win the heart of Moka. Soon, Tsukune became really popular in the school among the girls. Things get troublesome when Moka’s younger sister, Kokoa Shuzen, unleashes her dark vampire side.

We expect to see more of Tsukune struggling with his daily life while trying to get into a relationship with the girl he loves while avoiding all the problems and other girls that come his way.

Previous season characters will most likely return for the third season of Rosario + Vampire. In the first season, we met Tsukune Aono, the normal guy among all the monsters; Moka Akashiya, the main female protagonist with whom Tsukune falls in love; and Kurumu Kurono, also a protagonist who is jealous of Moka’s popularity; Yukari Sendou, the main witch of the story; and last but not least, Mizore Shirayuki, a yuki-onna who has a crush on Tsukune.

There is no trailer available for season 3 of Rosario + Vampires yet.

READ MORE: Jie Mo Ren Season 2 Release Date: Are You Ready For It?