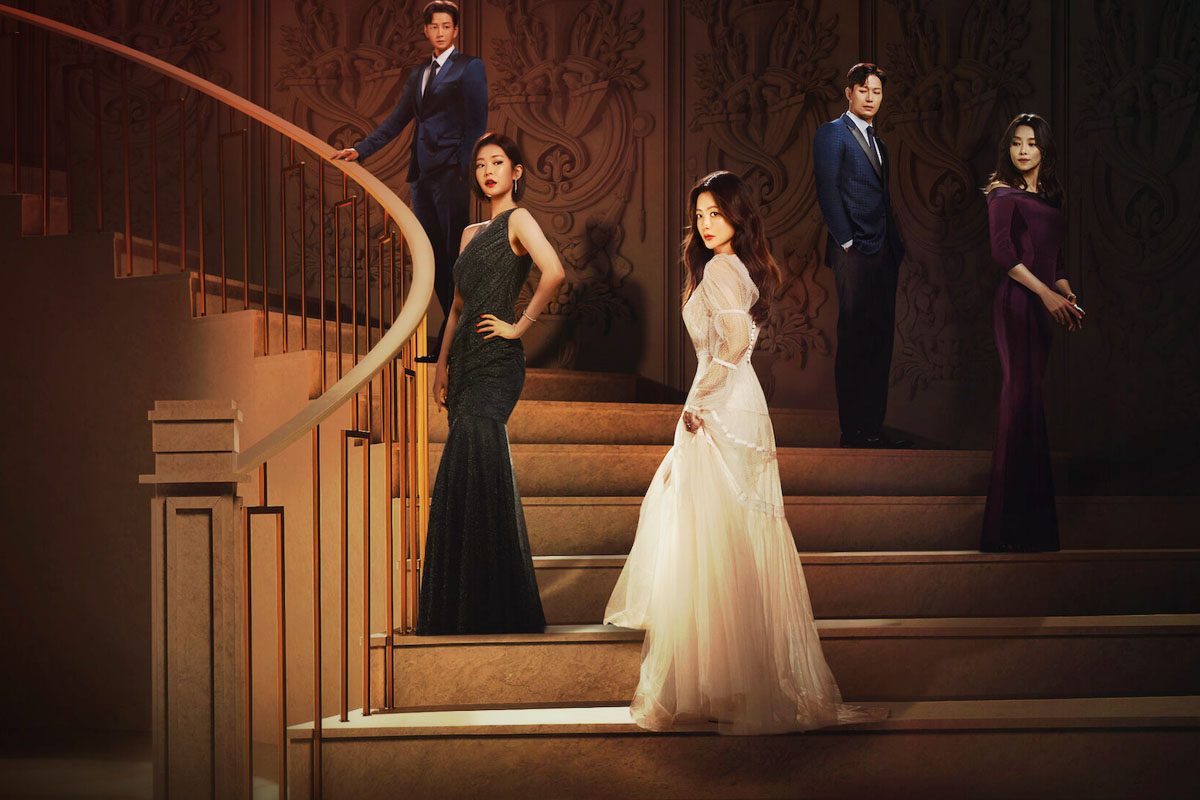 Remarriage and Desires, also known as The Bride of Black, is a South Korean melodrama that was released last Friday exclusively on Netflix. Lee Geun-Yeong and Kim Jeong-min collaborated on the writing and directing of this television program. The acting of the actors is top-notch, not to mention the storyline, which is excellent, and it has moments where one can expect the unexpected from the very first episode to the very last scene.

With a sharp, succinct formula, fantastic villains, and ridiculous but entertaining events, this show utilized the elements that typically detracted from the goodness of makjang (makjang is a slang term used for extreme, over-the-top elements of a show that isn’t likely to happen in real life) and achieved the opposite. With a female obsession with one guy, power-hungry people and greedy people fighting constantly, and righteous obnoxious characters, it has all the elements some of us may detest in extravagant makjangs.

If you’ve just finished watching this drama, you might wonder if Netflix has decided to keep or cancel it. If you want to know about a renewal or any other news regarding it, continue reading!

Netflix just released all eight episodes, each 55-71 minutes long, of the highly anticipated Korean drama, Remarriage and Desires, the previous Friday, July 15, 2022, one year after its announcement. It has yet to be canceled or renewed by Netflix.

The series so far has been doing well, if not trending like other Netflix original K-dramas like Squid Game or All of Us Are Dead. If the series is well received by the viewers, then there is a chance that it will soon be renewed for a new season and will premiere sometime next year.

The television show Remarriage and Desires, a satire on Korean culture, examines the desires in the remarriage market and centers on upper-class marriage matching services. It investigates whether a relationship is founded on love and affection or on a business arrangement that will allow both parties to succeed financially. Seo Hye-Seung and Jin Yoo-hui, two women who are at the center of the conflict, can be seen as potential protagonists and antagonists, respectively, as there aren’t many nuances to their characters.

The main focus of the program is the two characters’ bitter rivalry, in which they will stop at nothing to exact retribution. To exact revenge, they are prepared to end the lives of those close to them and turn on one another. And as a result, their decisions and deeds impact other people’s lives. These ripple effects continue to grow until they eventually culminate in a high-profile scandal.

The first season’s finale didn’t necessarily wrap up everything; if Netflix decided to go that route, it left room for a potential second season. The audience’s imagination is used to create some mystery and ambiguity. It is somewhat difficult to predict what might happen in the new season if it is released because Season 1 essentially wrapped up the story in a satisfying manner.

She is a typical Gangnam upper-middle-class housewife who is inconsolable over the death of her husband.

She is currently a lawyer on the legal staff of a large corporation and was Seo Hye Seung’s ex-husband’s lover. She makes no effort to fit into the affluent class.

The hostess, Cha Ji Yeon, is the CEO of Rex, a company that provides information on marriages and boasts all of Korea’s most desirable partners, including chaebol and elites.

Lee Hyun Wook, who plays Lee Hyung Ju, and Park Hoon, who plays Cha Seok Jin, are other members of the main cast.

There is no trailer available for season 2 of Remarriage and Desires. If you want to watch the same for season one, head out to Netflix or The Swoon’s official YouTube channel. The trailer is an excellent depiction of the craziness portrayed by the characters in the drama perfectly.

Where to Watch Remarriage and Desires Season 2 Online?