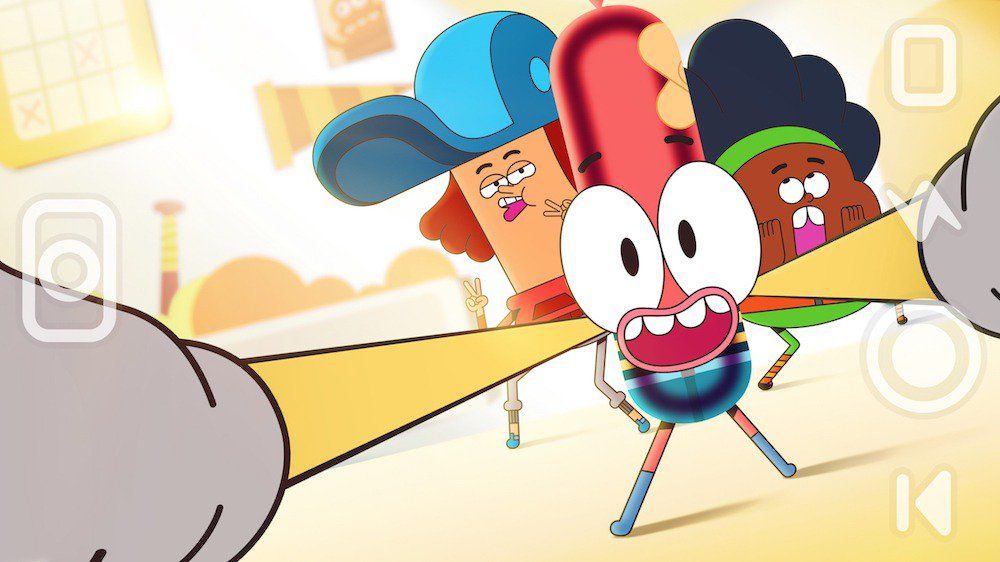 Pinky Malinky is an American animated series that falls under the surreal category of humor. It was created by Chris Garbull and Rikke Asbjoem for Netflix and Nickelodeon, exclusively. It is originally based on a series of the same name that was aired on Cartoon Network Studios Europe and was originally the work of Chris Garbutt. Being a Netflix original, it received a lot of love from viewers all over the world. It was also nominated for “Best Animation Editing” at the 2020 Daytime Emmy Awards on May 21, 2020.

The first season, which consisted of 28 episodes each about 12 minutes long, was released on January 1st, 2019. It was followed by a second season on April 22nd with 17 episodes and a third season on July 17th of the same year with 15 episodes.

When the show was first released, it gained a lot of fan following, resulting in the quick renewal of its new seasons one after another. But it still kept the viewers craving more, considering that it had only 12-minute long episodes. The conclusion of season three made people curious as to when the new season of the show was going to come out.

Unfortunately, for the fans of the series, the show has been canceled for the subsequent season by Netflix. It wrapped the story in 3 seasons, thus ending the story.

The animated television series, Pinky Malinky, centers on three best friends who attempt to advance their junior high school social standing and resolve problems in their community. One of the three is a hot dog who serves as the main protagonist of the episode bearing the same name. Pinky, the optimist, is a bundle of ideas and has the tenacity to see them through. Among them are preparing his favorite snack food at home, getting a peculiar pet, and improving his social standing.

“A rare genetic mutation that runs in the family” is the reason Pinkyy is a hot dog. Pinky exaggerates his pain in an attempt to motivate everyone to work hard, but he goes too far. Pinky has two human best friends named JJ Jameson and Babs Byuteman, who try to figure out how to make it easy for their kind-hearted friend as he struggles to live a normal life with an abnormal body. Because the characters occasionally address the audience in quick confessionals, the show is presented in a pseudo-reality format.

In this series, Pinky serves as both the lead and title character. He has a positive outlook on life and runs with all his might toward his objectives. For his age, he has lofty but perhaps somewhat unattainable goals. He is portrayed as being amiable toward everyone, even haters. He rarely displays an aggressive demeanor toward anyone. He is one of the top students in his school and a perfectionist.

But the fact is, he is a hotdog and not a human! He allows people to sympathize with him by covering his head with a bandage that is beige-yellow in color.

As Pinky’s closest human friend, JJ is one of the show’s main characters. He is referred to as the trio’s wise mentor and the self-proclaimed expert. He struggles with his schoolwork. He would, however, detest it if anyone knew about his diligent habits because it would damage his “swagalicious brand”. Additionally, he is a social media nerd. He uses more contemporary slang than Pinky and Babs and practically always has his phone with him.

Babs is another human best friend of Pinky and the main protagonist of the story. She is one of Pinky’s biggest supporters, and he has her full support. She has a “heart of gold” and is silly and funny. She occasionally experiences serious moments, but for the most part, she is very carefree. Additionally, she is compassionate toward animals, especially cats, and even speaks squirrel.

Since Pinky Malinky season 4 was canceled after the third season was released, there is no trailer available anywhere.

Where To Watch Pinky Malinky?

Pinky Malinky’s fourth season has been canceled by the creators, so it is not currently streaming anywhere. However, you can watch the show’s first three seasons on Netflix from any location.