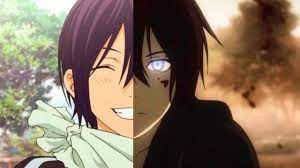 Noragami is an anime adaptation of a very popular action supernatural-urban fantasy manga published in 2011 by Kodansha. The writers prefer to use a joint pen name Adachitoka, a name for two female mangakas. Noragami is directed by Kotaro Tamura and written by Deko Akao. It was the top 14th best-selling g manga in the initial 2014. The anime was first released in 2014 after its success with the reader audience. Noragami is famous for its action, adventure, and comical theme. The producers were BONES, also known for another famous anime named My Hero Academia. Since then, the anime saw its renewal to a second season which aired on October 2, 2015. The season saw its end in December of the same year. Both seasons received lots of love from the audience and critics and earned an impressive rating of 4.8/5. It’s undoubtedly an awesome anime to add to your list if you haven’t already.

Every once in a while, fans get tired of no renewals of any show and others take heed of their anticipation. Similarly, there were rumors of Noragami Season 3. Although both seasons were a huge hit, especially in Japan itself, there is no announcement about the release date for a new season, considering if there will be one. Manga-wise, there is more than enough content available for the producers to develop the anime further. One reason for the delay or no season 3 at all could be the drop in numbers. According to the statistics, Noragami had a 65% drop in sales in the second season. But to all the fans of this anime, we ask you not to let this deter your hopes. We wish there be a season 3 soon! This could be a possibility if manga and anime go hand in hand, in a sense that the production rate of manga decreases and that of production of anime increases to meet a mutual rate of development of both.

The story deals with the border between the supernatural and the human world. The supernatural, termed the Far Shore in the series, is away from the human world, called the Near Shore. The protagonist of the story is a God without a shrine named Yato. He aims to earn a name and fame for himself and gain recognition among the people of Near Shore. To do so he thinks about helping people in distress for 5 Yen. The journey to get famous as a God among the people begins with helping a girl for a decided amount of fee. This girl named Hiyori is kind and selfless and risked her own life to save that of a stranger during a bus accident. When she did so her soul gained abnormality, in a sense that it’d slip out of her body frequently. The poor girl, new to the spirit world finds it difficult to manage the whole situation and asks Yato to help her get back to her normal life. So when she stumbles upon the opportunity to be treated by a God himself, she grabs it for 5 Yen. Yato, Hiyori, and Yato Regalia-Yukine, together form the amazing trio starting their adventurous journey. The writers came up with an intriguing concept of life and death, God and humans. Exploring the world of these is the central theme of Narogami.

Seasons 1 and 2 were composed of 12 and 13 respectively. Episodes of season one are as follows – “A Housecat”, “a Stray God”, and “a Tail”, & “Snow-like”, “Bidden Calamity”, “Where Happiness Lies”, “Borderline” ending at “A Scrap of a Memory” Similarly Season two episodes are – “Bearing a Posthumous Name”, “One of Her Memories”, “False Bond”, “Wish Divine Acclamation, Imprecation” and the last episode “The God of Fortune Message”.

Where to Watch Noragami?