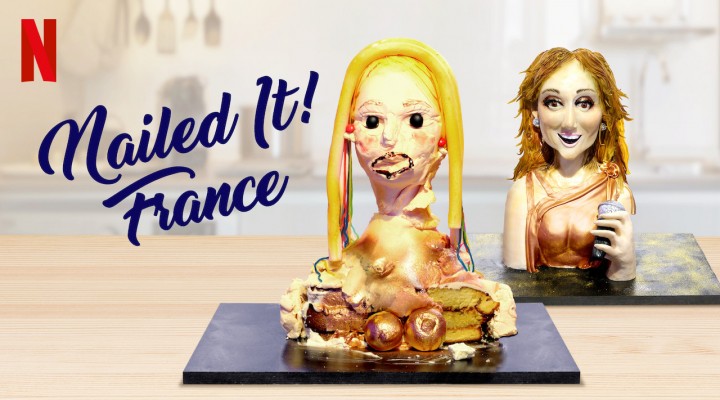 The remake version of the hit American series of the same name, Nailed It! France is also a baking-based reality show in the French language. It is also known as “C’est du gâteau!” in French. The show was set in production after the other remake of the American version, Nailed It! Mexico became very well known among international fans and managed to gather around double the number of fans of the original version.

The show proceeds just like its other several versions; three amateur bakers bake the food they are assigned while trying not to burn it and impressing the judges to win the grand cash prize of five thousand euros. If you liked the French version of Nailed It! and are wondering when and where it will be released along with its other details, keep reading!

According to our resources, the show is most likely to be canceled, though nothing can be confirmed at the moment as there has been no press release regarding season 2 of the show by Netflix. It didn’t get as many fans and popularity as compared to its original version and predecessors due to a lot of things. It has a score of 6.5 on IMDb given by only 113 users, which is way too low the expectation and as a result, the show might never see the screen once again, which might be very depressing for the fans of the show who were eagerly waiting for next season.

Season one of Nailed It! France had a total of 6 episodes and was released on Netflix altogether on October 25, 2019, each almost one hour long. The show was fun to watch, with a lot of comedy elements. It would be a waste to see it get canceled just like that, as the series had quite a lot of potential.

READ MORE: The Many Faces Of Ito Season 2 Release Date: Everything We Know

The French version of Nailed It! French, just like its name, is very similar to its parent and sibling shows. The one-hour-long episodes invite three amateur bakers, who have never tried baking as a profession in their life, and with their “talent” to bake and decorate the cookies and cake to impress the judges in order to win the cash prize of five thousand euros.

The competition is divided into two rounds with a definite time limit given to bakers to complete their baking. The first round, which lasts for a total of 30 minutes, sees the bakers trying to bake cookies. They have to mold, bake, and decorate them without burning them in the given time limit and then judges taste them and decide upon a winner.

In the second round, the bakers are assigned to bake a cake in 90 minutes, which includes baking, frosting, and decorating. While trying their best not to burn the cake with their talent, the contestants have to try their best to impress the judges to win the competition. After the red buzzer, which rings at exactly 90 minutes, their cakes are judged on the basis of look and taste, and then a final winner is decided, who gets to win 5,000 euros and take them home.

There are high chances of the show getting canceled for the new season. But if the show returns, we expect the humor to return along with it. It will continue by inviting three amateur bakers for every episode and making them compete with each other to win five thousand euros. Nothing can be confirmed as of this moment though as it is not official.

We anticipate that the season two host and judges will be the same as those from the previous season. The season’s hosts, Artus and Noémie Honiat, who presided over the inaugural season, are anticipated to return.

There is no trailer released for Nailed It! France Season 2 anywhere.

Where to Watch Nailed It! France Season 2 Online?

Nailed It! France is a Netflix original, so you can stream the whole first season there and also season 2 if and when it comes out.