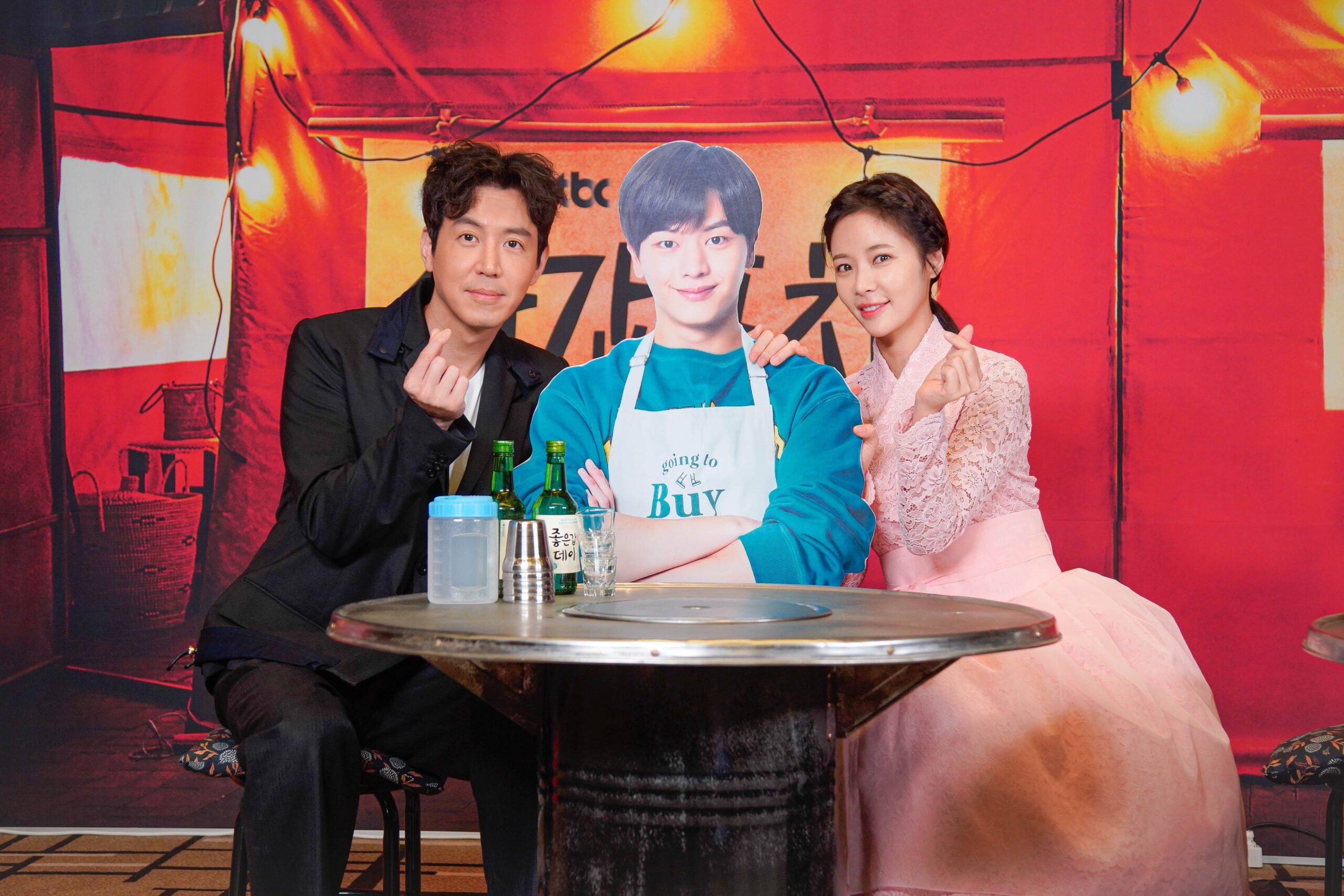 Recently, Netflix has been successfully making a lot of good K-dramas, one of which is Mystic PopUp Bar. It is a South Korean fantasy drama also by JTBC. the first season of the show was aired on 20th May and the whole series lasted till 25th June 2020, with 12 episodes in total. The plot of this show till season 1 is about a Bar owned by a woman that has the power to heal people. This K-drama is very unique and special and has received an IMDb rating of 8.0/10 and an average rating of 2.918% for all episodes. The series was marked by its light mood, often the smiling, giggling, and teary-eyed episodes.
Mystic Pop-up Bar is an adaptation of Bae Hye Soo’s well-known Webtoon Ssanggabpocha (Twin Tops Bar). Unfortunately, season 1 pretty well-covered everything in that webtoon, leaving very little for a second season to adapt. Even though the web series is still running, it won’t be for a while before we have enough canon source material for a second season.

Season one of the K-drama received immense love from its audience and is likely to be renewed. No promises however have been made by the authorities, and neither are there any indications of the possibility of a Season 2. Anyways, the fans are hopeful to see the story continue in new ways in the next season with the addition of new characters and tangents to complicate and exciting things for thE new season. It is a wonderful series and healing in a way no other show can possibly be. The plot would probably pick up where the first episode left off if the show gets renewed for a second season.
Even while we are aware that Won-Hyung is currently in hell, there is a potential he could somehow manage to escape once more and seek revenge — like, the fourth time. However, we can also anticipate some fresh changes in the connection between Yeo-Rin and Kang-Bae.

Ssanggab Cart Bar is only available at night on a building’s rooftop. Wol-Ju (Hwang Jung-Eum) operates the enigmatic food cart. Customers at Ssanggab Cart Bar include both ordinary folks and the dead. Customers at Ssanggab Cart Bar discuss about themselves and try to mend their internal wounds while drinking alcohol and eating food with Wol-Ju.Weol-ju (Hwang Jung-eum), an irritable owner of the bar, Han Kang-bae (Yook Sung-jae), an innocent part-time employee, and Chief Gwi (Choi Won-young), a former afterlife detective who visits customers in their dreams to help them with their issues. Weol-ju can benefit from Kang-special bae’s talent, which allows him to make people open up about all their problems with just a touch. Weol-ju can utilize this a lot to settle the scores with 100,000 souls who have grievances against him.

Weol-ju – Hwang Jung-eum as a young Weol-ju, Park Si-eun, Mystic Pop-up Bar’s proprietor is a hot-tempered woman. 500 years ago, Weol-ju used his dreams to heal the Crown Prince, but he was wrongfully accused of seducing him. As a result, he was the target of an assassin who killed Weol-mother ju’s instead of himself. Weol-transgression ju’s involved killing himself on the Sacred Tree, which made it lose its influence over a battle that claimed 100,000 lives. She has spent the last 500 years working to atone for her previous transgression by settling the grievances of 100,000 souls and providing them with comfort in the Living Realm. as Han Kang-bae, Yook Sung-jae is a happy young man, who by making physical touch with others can force them to reveal the truth. As a result, he creeps out everybody around him and was an outsider growing up. He cooperated with Weol-ju because she promised to take away his special talent in return. He finally comes to light as the ghost of the unborn child of Weol-ju and Yi-Hon who was cursed by the Sorrow of the Sacred Tree.

Where to Watch Mystic PopUp Bar

All episodes are available on Netflix, as it is a Netflix production. If you haven’t watched it yet, please do and let us know your opinions in the comment section!