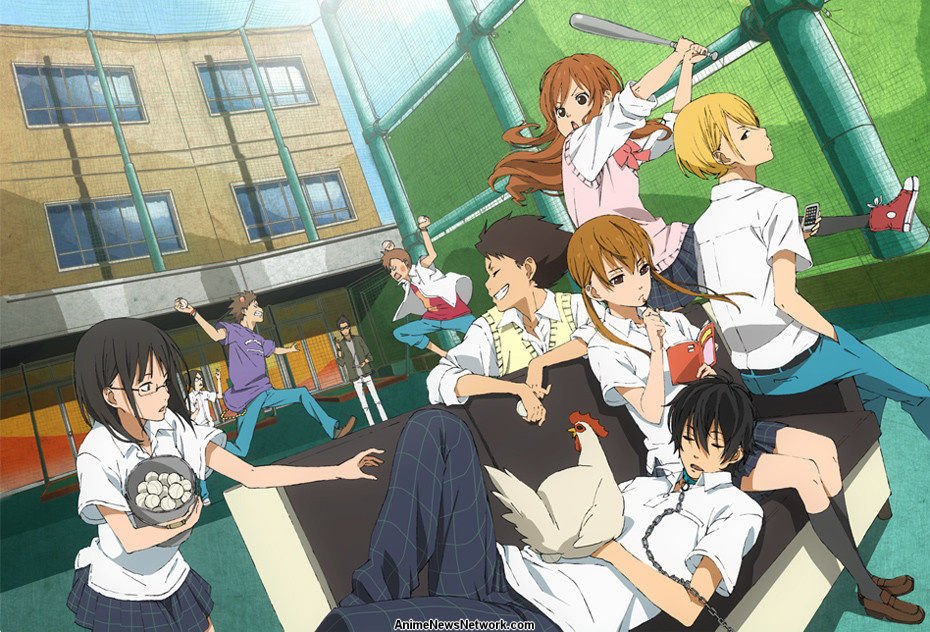 Tonari no Kaibutsu-Kun, more popularly known by his English name, My Little Monster, is an anime that is adapted from a Japanese Shoujo manga written and illustrated by Robico. This rom-com, school-themed anime is one of the most popular in its genre. It currently has a 7.49 rating on MyAnimeList from 551,488 users, which is very impressive. It is also ranked among the top 150 most popular animes on the same popular anime website. It was created by the studio Brain’s Base and produced by TV Tokyo and Aniplex.

The anime’s setup or premise immediately grabs your attention. The show is certainly entertaining, thanks in large part to the colorful range of expressions and some genuinely funny lines. There were far too many static scenes, but we can still make use of them. The scenes that were set up had a lot of potential for memes. The anime’s art style is also well-done; it was a fusion of various aesthetics and did not emphasize the stereotypical “Shoujo” appearances, though these elements are subtly present. The sound used in this is also excellent; each character’s presentational style fits with the voice acting, and the soundtracks are also perfectly suited.

The first season of My Little Monster had 11 episodes, each lasting exactly 24 minutes, and it debuted on October 2, 2012, and ended on December 25, 2012. On August 12, 2013, an OVA (Original Video Animation, which was not adapted from a manga but rather was entirely original) of the anime was made available. It was completely unrelated to the main series and took place in a different universe.

The first season should definitely have a second because it ended on a significant cliffhanger. Nearly ten years have passed, and we still haven’t heard anything about the upcoming season. It has not been canceled or extended. It abruptly ended and never returned, much like the majority of shojo rom-com anime, so we believe it is highly unlikely that it will ever return. However, a few very old anime have recently announced a comeback, such as Devil is a Part-Timer, which is being adapted in a new season after 13 years of its release. As a result, there may be a slim chance that My Little Monster will return. This anime recently gained more attention when it was made available for global viewing on Netflix. So fingers crossed!

The manga from which it was adapted ran from 2008 to 2013. There are 13 volumes in total, plus a bonus edition volume that was published in 2014. When the New Year’s party in Volume 4 was taking place, Season 1 came to an end. Given the anime’s end, we anticipate that the next season, if it returns, will include adaptations of roughly ten manga volumes’ worth of material.

In light of this, when My Little Monster Season 2 debuts, it will pick up where the first season left off in the manga, which is likely in volume 4 or 5, maybe even at the beginning of volume 5. We will get to see more of Haru and Shizuku getting closer despite their differences, and we will see Shizuku opening herself to the world more rather than just studying all day. We are expecting the new season to have 12 episodes.

He is the story’s male protagonist. He despises his father and thus lives with his cousin. When he first saw Shizuku, he fell in love with her and went to school every day to see her. He has a pet hen named Nagoya that he adores.

She is the main female character and she can be quite blunt and apathetic at times. Shizuku is incredibly focused on her studies, primarily because she aspires to be just like her mother. Despite her repeated denials, she soon begins to feel something for Haru.

Currently, no trailer is available for My Little Monster Season 2 anywhere.

Where To Watch My Little Monster Season 3?

This anime is available on Netflix. It is also available in select regions on Amazon Prime Video and Crunchyroll.