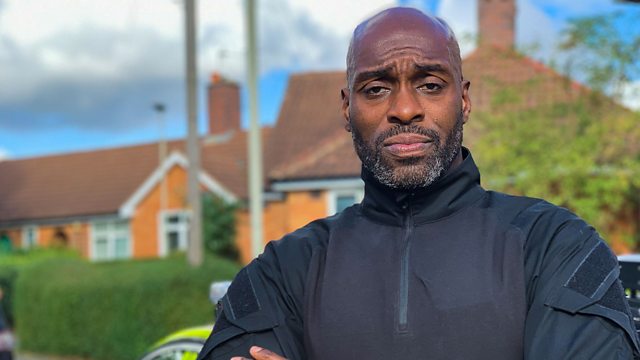 Moment of Proof is a documentary series that shows us true crime stories, police investigations, looking for evidence and searching for possible offenders of the crime, and the detectives trying to crack the case. The first season aired in 2021 and received a positive response which made the network renew this documentary series for a second season which is currently ongoing on BBC one on all weekdays at 10:45 p.m. Each episode is of a duration of over 30 minutes.

Episode 6 for Moment of Proof Season 2 will be aired on the 10th of January 2022. The episode has been titled “The Millionaire Drug Boss” and the episode can be viewed on BBC at 10:45 p.m by all the fans who are eagerly waiting for fresh and new episodes of this documentary which provides an adrenaline rush to the viewers keeping them at the edge of their seats in suspense. Season 2 will have fifteen episodes in total and four episodes of Moment of Proof have been released so far.

In the four episodes of Season 2 of Moment of Proof released so far, each episode tells us a new story about a true crime and how the police and detectives worked hard in cracking the case and finding the accused of the crimes. In the first episode which aired on the 3rd of January 2022, the title of the episode was, “The Machine Smugglers”.

The episode told us about the police discovering a yacht that hinted at smuggling activities by a crime gang such as passing illegal dangerous weapons into Britain from other places for illegal use and sale. In the episode, the police succeed in catching hold of a cashier working in a bank who was involved in stealing an old couple’s savings of their entire lives and smuggling them. This was brought to light because of a taped prison call exposing the racket.

The 2nd episode which was aired on the 4th of January 2022 was titled, “The Cigarette Butt Murder” and showed us the importance of simple evidence left behind which can help the police in tracking the murderer. A used cigarette butt helps in exposing the murderer of a father who was shot dead during the daytime.

Episode three which was titled “Hitmen For Hire” aired on the 5th of January 2022 and yet again shows evidence in the form of an airport car that carries passenger drops clues about hitmen hired to kill a private investigator in the United Kingdoms. The hitmen have been specially hired from South Africa. They try to escape but a bottle of liquor left behind helps in identifying and catching hold of the hitmen but also the man who hired them to perform the murder as well.

Episode 4 which aired on the 6th of January is titled, “The ID Fraudsters” and tells us about the fraudsters who have deep links to the underworld of Russia through train tickets. These men have so far stolen identities from people which are worth more than pounds. Episode 5 will be aired on the 7th of January 2022 and is titled,” The Shopping Trolley Trail”. This episode solves the case of a man’s dead body left in a public park with no trace. A trolley with bloodstains finally helps in tracing the murderer.

Episode 6 of Moment Of Proof titled “The Millionaire Boss” will involve the case of a drug dealer. That dealer is put into prison because of the evidence of paper trail from the empire he has built on such suspicious business work. Later on, that very convict tries his level best to deceive the detectives and police by hiding and getting rid of all the evidence that might get exposed on his trial and increase his prison sentence.

There is another fraud man who tries to pose himself as a police officer but gets exposed by a cashier of a bank. This fraudster has been successful in deceiving a pensioner as a police officer and extorting a lot of money out of his pocket. The police succeed in getting hold of him. These events will be aired on the 10th of January 2022 for all the fans waiting to watch the episode.