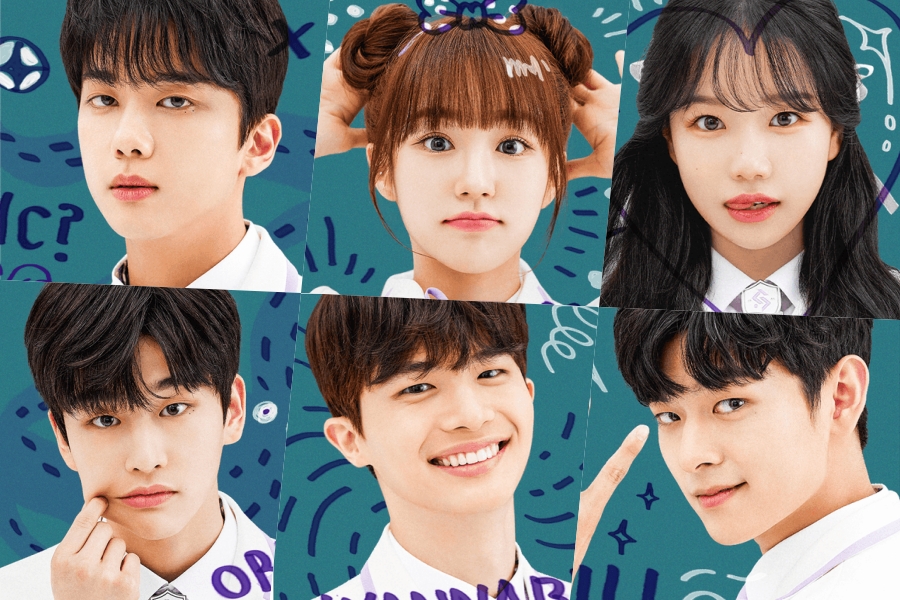 There used to be a time when long K-dramas were popular. Those dramas had about 20 episodes, which usually lasted more than an hour. But now times have changed, and K-drama fans prefer small and sweet dramas. These small dramas are called web series and usually have episodes shorter than 20 minutes. The drama we are talking about also falls under the same category.

Mimicus is a South Korean web series with each episode lasting about 20 minutes. The Playlist original web drama was released recently and has gathered a lot of attention because of its star-studded cast line up which also included a cameo role from Enhypen’s Sunghoon. Even before he appeared on the show, Engenes (fans of Enhypen) were so excited that they trended the drama’s name on Twitter worldwide. It was directed by Han Soo Ji and written by Jang Jin. It falls under two main themes, youth and drama.

Though the drama has its negative points, including some unexplained thighs and scenes and a few stupid actions by characters, it might be too soon to judge it since it only has a few episodes from season one released now. Before season one concludes airing, let’s find out whether season 2 will be coming out or not, and if it will, then when will it be available to stream along with other information related to it?

Season 1 of the show is still on the air, and so there has been no news regarding the new season of it. We are hoping to hear good news soon after season one ends with an appreciable number of ratings and fans.

Season one of Mimicus was made available to stream on its original platform on July 22, 2022. It has been listed with a total of 16 episodes, with 2 episodes scheduled to be released every week on Wednesday and Friday, and hence it will conclude on September 14, 2022. Just like this season, the second season is also accepted to have the same number of episodes with the same running time, though its release schedule might change.

The story focuses on the theme that everyone in this society wants to prove that everything they do is genuine and real among the fakers who are mimicking each other to gain excellence. The story tells the daily lives of four students, Han Yoo Sung, a wealthy heir who wants to showcase his talents but ends up as the recipient of a rumour stating he is copying a famous trainee, Ji Soo Bin, the other protagonist of the story, who has a lot of secrets to hide.

Another focus of the stories is Oh Ro Si, the centre of the famous girl group ICE. Even though she is famous around the world, she is treated badly by her other group members. She then decides to find her own identity in the blinging spotlight when she returns to school. There she meets the fourth protagonist of the story, Shin Da Ra, who is a blogger. She believes that making friends means mimicking the other person, but she is forced to think otherwise after meeting Oh So Ri.

The exact storyline for season 2 can not be predicted right now since season one has not concluded its story yet. We expect to continue the cutthroat competition among all the characters while they strive to prove themselves in front of everyone.

The cast lineup for season one was very impressive. It included B.A.P.’s Yoo Young Jae as  Han You Sung, woo!ah!’s Nana as Shin Da Ra, IZ*ONE’s Jo Yu Ri as Oh Ro Si, Kim Yoon Woo as Ji Su Bin, and Oh Jae Woong as Woo Jae Young. As appeared in Episode 2, Enhypen’s Sung Hoon had a cameo appearance. We expect more of the amazing cameos in this season and more amazing ones in next season too.

There hasn’t been a trailer released for season 2 of Mimicus yet since the first season is on air. We will update it once it is made available.

Where to Watch Mimicus Season 2 Online?

In this article:kdrama, Mimicus, Mimicus Season 2