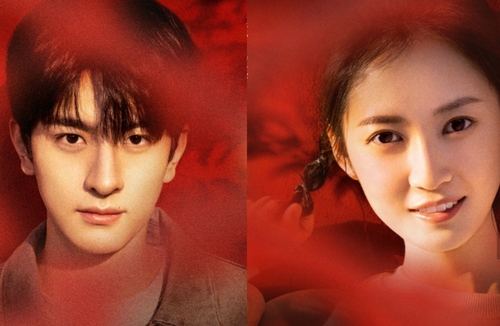 Memory of Encaustic Tile is a Chinese modern romantic web series that premiered on January 26, 2022. The web series was developed by Perfect World Pictures under the direction of Tian Yu. It was inspired by a Chinese novel named Xi You Liu Li Wa which was written by Bei Feng San Bai Li. The web series was shot in 105 days starting from October 11, 2020, till January 23, 2021. The first season will witness a total of 34 episodes of which 22 have already been released.

The romantic drama revolves around three children namely Shao Xue, Zheng Sunian, and Zhang Qi who are friends even from their childhood. Their parents are all working professionals who work in museums and restoration centers. While they were having a good relationship with each other the SARS pandemic takes their lives in another direction.

They lose their parents which forces them to take responsibility for the family which impacts their friendship as well. Zang Qi who was brilliant in mathematics went abroad to pursue higher studies while Zheng Sunian works hard to become a translator and cultural restorer like his mother. The same is the case for Shao Xue, for whom Zheng Sunian had feelings. After a long time, the trio gets together again to return to their old relationships.

Wu Huan takes Shiyin who was not feeling well and comfortable out during the leisure time. However, she was never happy until Wu Huan discloses his secret trick of having noodles to get relieved from the massive stress he had. She tried the same and worked so well which made her happy. On the other hand, Shao Xue accompanied Zheng Sunian to his mother’s tomb to tell her all those they have accomplished through ages. While Shao Xue had been telling everything and paying the homage, Zheng Sunian was left speechless ongoing through the memories.

On the contrary, Zhang Qi was preparing to go abroad as part of his higher studies. His mathematical skills helped him to pursue an admission at the same time he was not willing to leave his mother alone at home. His mother who was sick for a very long time was very strong and convinced Zhang Qi to go on with his studies. She gets back to the business as soon as Zhang Qi leaves in the car.

Shao Xue is played by the Chinese actress Chen Yu Qi in the web series Memory of Encaustic Tile. She has graduated from Sichuan University on Arts and made her debut in the industry after casting in the Westward Journey 3. She was awarded the Chinese annual emerging drama star award in 2017 and the new generation female artist of the year in 2018. In addition, she has also won the artist of the year award in 2020.

Zheng Sunian is portrayed by the Chinese actor Lin Yi. He completed his education at the sports university in Beijing. Lin started his career in 2015 as a professional dance performer. He has won the emerging actor award for his act in “Put Your Head On My Shoulder”.

Zhang Qi in the web series is played by the Chinese actor Yan Zi Dong. He had his debut in the drama “Love is More Than A Word”. Being a singer by profession, Zhang has graduated in Arts from the University of Shanghai.

READ MORE I Through The Darkness Episode 8 Release Date!