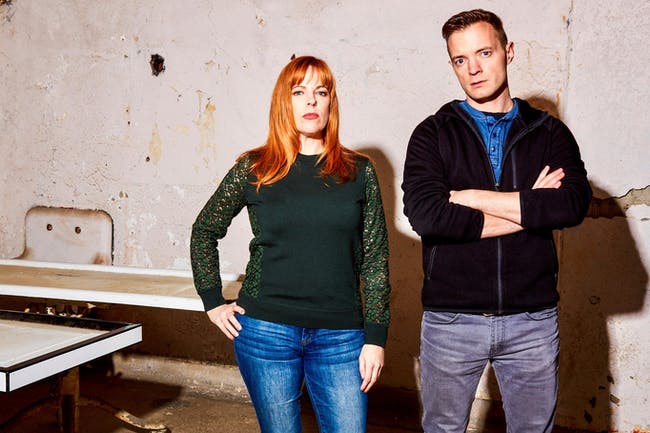 Kindred Spirits is an American series based on documentation of supernatural, paranormal activities in different houses and the families living there. The two investigators on the show have previously worked in Ghost Hunters namely Adam Berry and Amy Bruni. The show’s first episode was aired on 21st October 2016 and has been renewed for the latest season which is the sixth season on 18th November 2021. The show has an average rating of 7.2 running over a period of 6 seasons with more than 44 episodes ever since its premiere in 2016.

The show follows a documentary format where the hosts investigate houses, mansions, and different locations to investigate any kind of supernatural or paranormal activities that have been reported by various people or families who have experienced ghosts, spirits, or such entities in those places.

Episode 4 for Season 6 of Kindred Spirits will air on the 8th of January 2022. The fans can spark up their new year with some eerie and paranormal activities which will kick in an adrenaline rush inside you!  This episode will star hosts Amy Bruni, Adam Berry, and Chip Coffey. The episode has been titled, “Tripwire” and will be aired at 10 p.m on Travel Channel.

In episode 4 we can expect hosts Amy Bruni, Adam Berry, and Chip Coffee to go around and investigate a house in Newburgh located in New York. As usual, the house is no ordinary house. This small house has paranormal activities going around that several people have talked about including the duo of a mother and daughter who apparently live there.

The supernatural occurrences in question is a remote traveler who has associations with dark spirits, entities, and other supernatural and ghostly connections. The hosts will lurk around the house looking for signs and evidence of any such stated activity and whether there is any truth to the question asked.

Episode 1 titled, “The Undertaker’s Secret” started with the case of an ancient Temple in Massachusetts which is quite deserted and mysterious. The vibe of the temple and the investigations with the help of psychic chips hints at possible cases of murder and much more.

Episode 2 of Season 6 of Kindred Spirits named “Watch Over Me” was aired on the eve of Christmas which is the 25th of December go around a haunted house where the paranormal activities are said to have started after the emergence of an ancient, rustic shoe. The hosts try to go around the attic to look for the answers to their problems.

Episode 3 is titled  “The Lurker” and has not been released yet. This episode is scheduled to release on the 1st of January at 10 p.m which is good news and a surprise New Year for the fans of this show! In this episode, there exists an old manor where several guests have stated the same thing. They all have claimed that an eyeless spirit lurks around the rooms staring at them in their sleep.

This show has had major two hosts for the span of 6 seasons namely Amy Bruni and Adam Berry along with Chip Coffey. They were previously in the spotlight because of the famous series called Ghost Hunters based on a similar genre as Kindred Spirits. That was the point where both the hosts actually met each other for the first time.

According to the hosts, who have been hosting a show based on supernatural and paranormal activities, they do believe that there exists some part of us that is left behind even after we die. They do not want to claim this happening as a ghost, spirit, or whatever synonym you could use with it. They believe that these occurrences can perhaps one day be proved even through some kind of science and quantum physics, supernatural activities are not just superstitions created out of fables or stories, rather the hosts think there might exist logical evidence for the same.