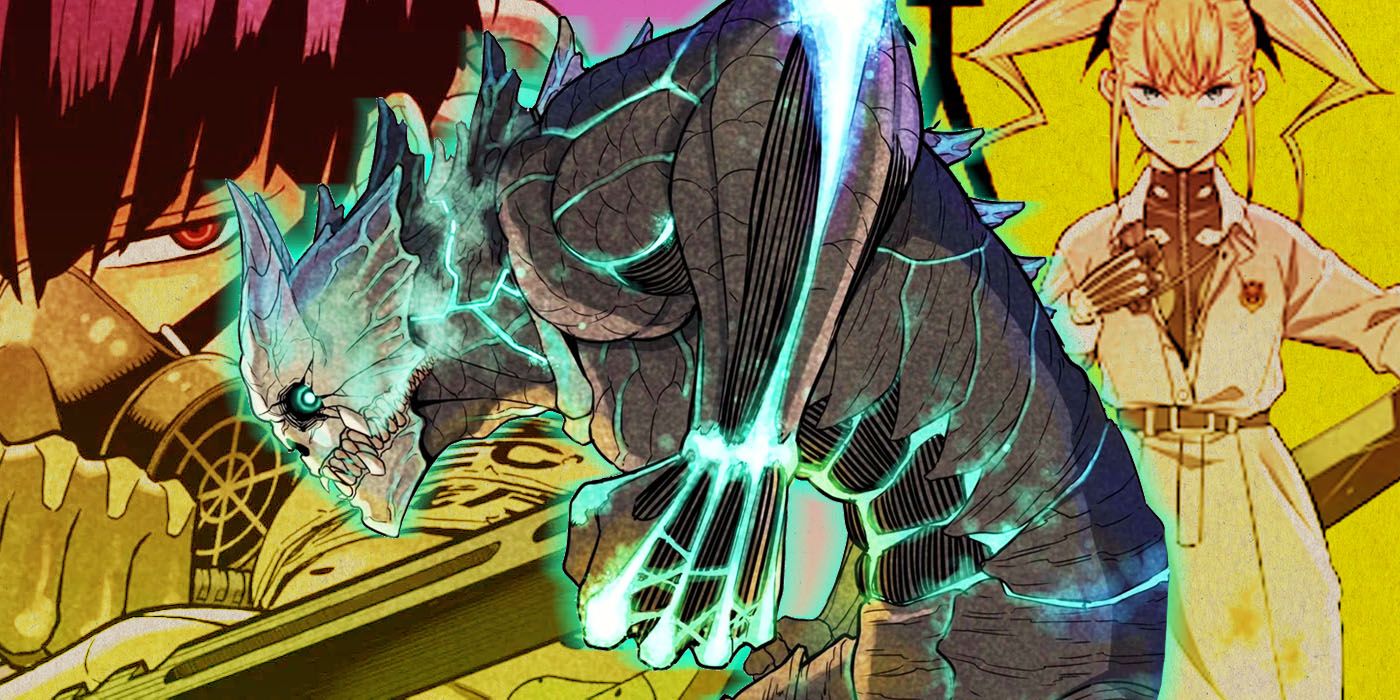 Kaiju No.8, created and drawn by Naoya Matsumoto, is a Japanese manga series. It has been sterilized since July 2020 on the Shueisha’s website and its Shōnen Jump+ application for free. As of March 2022, the series has accumulated over six tankobon volumes. In North America, the series has been licensed for English by Viz Media.

The story takes place in Japan where monsters called Kaiju attack the citizens regularly with a special organization called the Japanese Defence Force tasked to kill them. Childhood friends Kafka Hibino and Mina Ashiro, after their town, gets destroyed by a Kaiju attack promise to join the Defence Force. Mina grows up to become the commander of the Third Division in the Defence Force but Kafka after failing numerous examinations becomes a member of the Monster Sweeper Inc. During one task a talking monster enters his body, and he gains the ability to transform into a Kaiju himself and earns him the nickname Kaiju No.8.

The sixtieth chapter of Kaiju No 8 is scheduled to release on March 31, 2022. Kaiju No 8 is currently being published on both the official website of VIZ. It follows chapter fifty-nine and will be continued by chapter sixty-one which will be released on April 7, 2022.

The chapter starts with Hoshina stating that the country will have no chance of survival if No.9 continues to create monsters that have a resistance that is of high level. Jugo Ogata, the commander of Division Four asks about the chance of No.10 actually being honest. He counters by saying that although that might be true, what No. 10 claims is true if they look at the statistics.

Hoshina also tells them that recent studies show a phenomenon produced by earth faults that let out large amounts of energy and distortion which affects any nearby animals or plants and that No.9 could be using this to create the monsters.

Although many areas show more or less the same energy readings only one location matches their study and is most likely to be the place where monsters are being created. This location is found in the convergent points between the ocean plates of the Philippines and Eurasian.

This area is large and completely inaccessible to humans just because of its humongous size. No.10 has also given them information regarding No.9’s ability to absorb human memories which means that due to him taking over Shinomiya Chief’s body he might have access to classified information about the Defence Force.

Hoshina tells them that to ensure that they come out victorious they must make sure the new recruits are fully prepared this is because No.9 already had information on the older members.

Kafka Hibino who is also nicknamed Kaiju No. 8, is the main protagonist of the manga series Kaiju No. 8. Hibino is a member of the defense force and worked formerly for the Professional Kaiju Cleaning Company Monster Sweeper Inc. He obtained the ability to turn into a humanoid kaiju after a kaiju entered his body. He was previously a member of the Third Division and was later transferred to the First Division.

Leno Ichikawa is one of the main protagonists of the manga series Kaiju No. 8. Leno met and befriended Kafka Hibino during the time he worked for the Monster Sweeper Inc. After finding out about Kafka’s special ability, he helps him enter the Defence Force where he gets an opportunity to work. Leno is currently working for the Third Division however he was transferred to the Fourth Division after the fall of the Tachikawa Base

Kikoru Shinomiya is one of the main protagonists of the manga series Kaiju No. 8.  Shinomiya is the daughter of Isao Shinomiya the Defense Force Director General Isao Shinomiya and also works as a part of the Third Division. She is transferred to the First Division after the fall of the Tachikawa Base.

Mina Ashiro is the childhood friend of Kafka Hibino and the Third Division of the Defence force’s Captain.

Kaiju No 8 can be read on VIZ’s official website.

Kaiju No 8 trailer was released on December 9, 2021, on the official YouTube channel of Vizmedia.