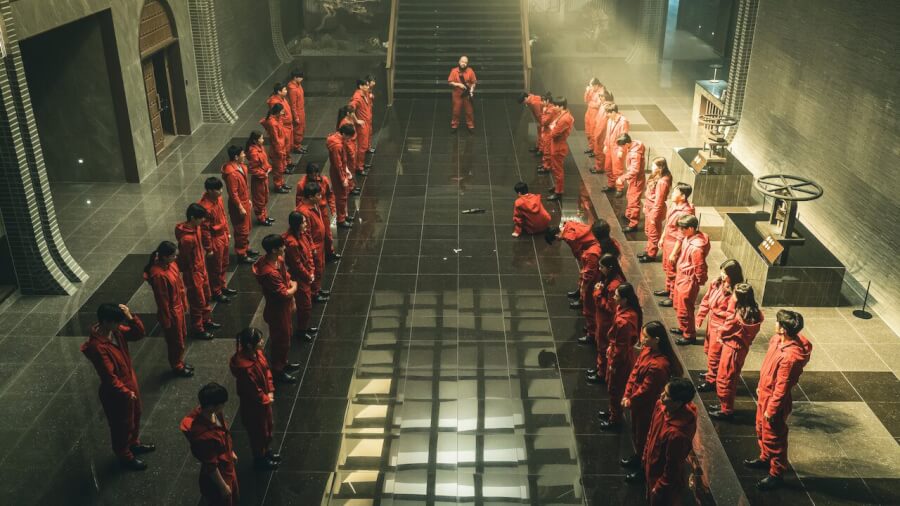 This Friday, June 24, 2022, Netflix released “Money Heist: Korea,” the Korean version of the popular, suspenseful Spanish television series La Casa de Papel, also known as Money Heist, and people are raving about it. All five seasons of the show’s Spanish-language run were very successful with viewers. Naturally, when the news of the Korean version was announced, everyone was ecstatic. The creators of the show completely lived up to the love and anticipation surrounding it. What then made the show appealing to viewers? Is it a reimagining of La Casa de Papel or does it have a different story as its parent show? Let’s begin by diving right into the discussion of this question in this article.

The Korean version of the series takes place during the period of Korea’s unification. The “thieves” in the Korean version intend to rob the Royal Mint of 4 trillion won. The made-up city of Royal Mint is located in the “Joint Economic Area,” which is sandwiched between North and South Korea. thus supporting the series’ name. The amount to be stolen is roughly equivalent to the 2.4 billion figure in the Spanish version.

The use of masks is another area where the two series are similar. While “Dali” masks were used in the Spanish version, the Hahoetal mask (a traditional mask used in Korea during dance performances) was the inspiration for the Korean version.

The Korean version examines a much more complex and politically contentious situation in Korea and among the youth, while the Spanish version deals with the social-economic crisis and growing concerns of youth in Spain. Due to the similarities between the two versions, almost all of the scenes lacked excitement because the audience already knew the plot. Despite this similarity, the show is still worth watching because of its other incredible components, including its fascinating references to Korean culture, its flawless cast, its mind-blowing backdrop, and its amazing dialogue delivery. Not to mention its incredible soundtrack, which perfectly complements the scenes currently being acted out. If you are a first-time watcher and a big Kdrama fan, you are left with an exciting build-up for the upcoming, unreleased part after watching the six episodes.

The Netflix series, which was directed by Kim Hong sun, written by Ryu Yong-jae, and starring Yoo Ji tae, Park Hae soo, Jeon Jong seo, Lee Hyun woo, Lee Won jong, and Park Myung hoon, depicts a hostage crisis scenario that takes place in Korea, in a fictional city called Joint Economic Area, involving a brilliant strategist and people with a variety of personalities and abilities. As previously mentioned, the story is similar to the Spanish version and describes the “Professor” as the mastermind behind the theft. In order to successfully complete the theft, he assembles a group of individuals with a variety of traits and skills. Now that they are attacking the bank as planned, the police and the bank must foil this robbery while safeguarding the hostages inside.

The series has so far only been released in six parts, each lasting more than an hour. We anticipate the release of six more episodes, which will be announced soon.

The principal character in the story and the mastermind behind the theft. He was the one who enlisted help from others and strategized how to pull off the ideal heist.

The story’s narrator, a North Korean woman with military experience, was sought after for committing armed robberies and killing loan sharks.

Berlin, a former prisoner from North Korea, is 41 years old. Due to an attempted defection at age 9, he had previously served 25 years in prison. As he keeps inflicting harm on other characters, he has a violent side.

Ex-convict Moscow raised his son on his own, without the help of his wife. Later, he and his sons join the heist’s plan.

Where to watch the series and trailer for Money Heist: Korea?

Being a Netflix original, it is currently only available to stream on Netflix. The same trailer was published on the official Netflix YouTube channel across all of its platforms.

In this article:kdrama, Money heist, netflix