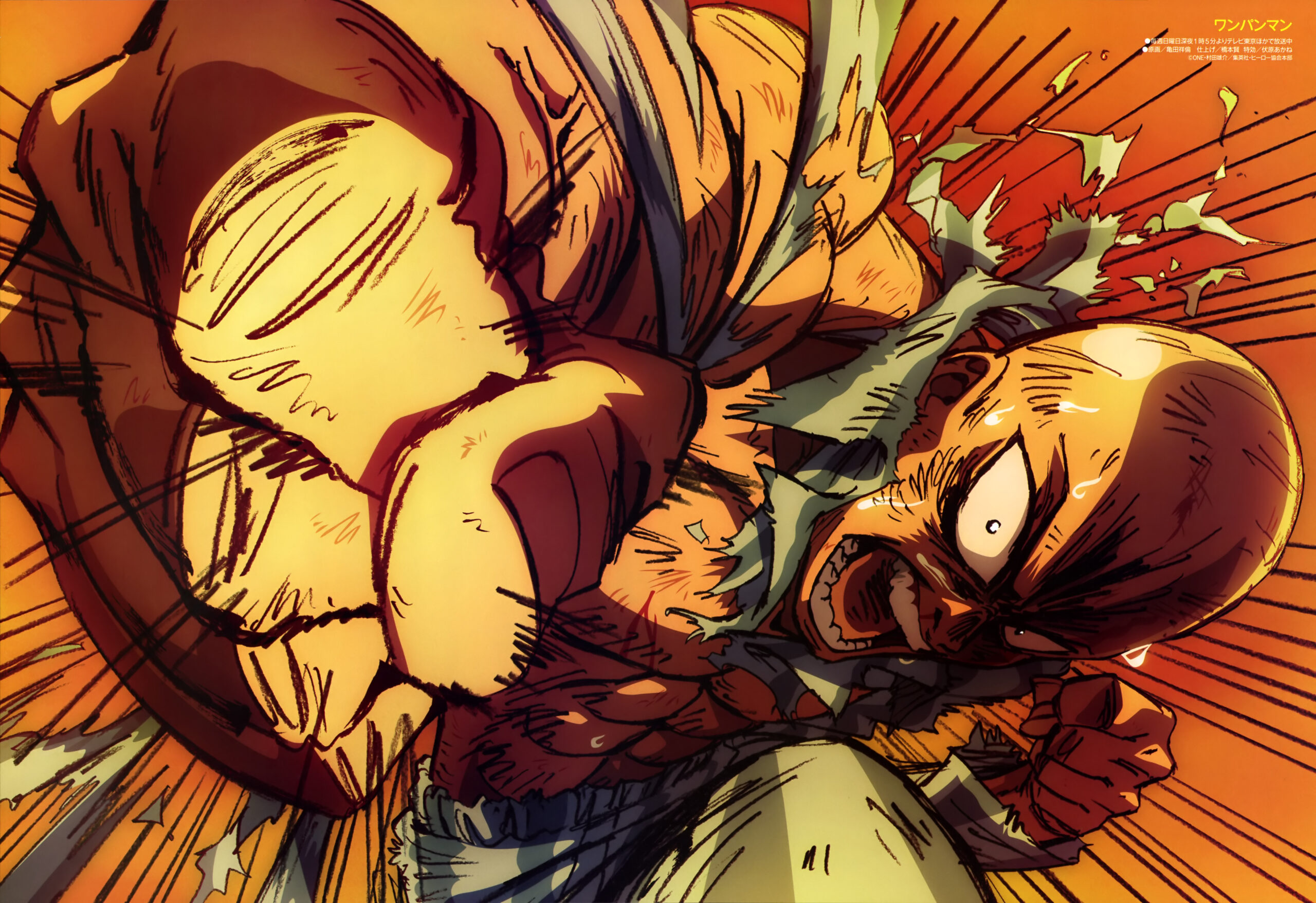 Is Garou Stronger Than Saitama?

One-Punch Man, created by ONE, is a Japanese superhero manga. The story is centered around the superhero Saitama who is so powerful that he defeats his opponents with a single punch. However, he soon loses his motivation after not being able to find a worthy opponent to fight against. His life takes a turn when he meets Genos, a cyborg, who suggests that he should join the Hero Association.

In June 2012, a digital manga remake for the series was published on Tonari no Young Jump, Shueisha’s manga website. The manga is written by ONE and illustrated by Yusuke Murata. As of December 2014, all the chapters that have been published were joined together forming 24 tankobon volumes. The manga was licensed for its North American by Viz Media and was released as a remade English version and was also serialized in its Weekly Shonen Jump Digital Magazine.

The manga was originally a webcomic and suppressed 7.9 million hits during June 2012. The manga sold over 30 million copies across the globe.

Is Garou Stronger Than Saitama?

Garou is one of the main characters in the series One Punch Man. Garou is blessed with the ability to improve tremendously through fights, that is the stronger his opponent the stronger he becomes.

Garou is a master of martial arts and is able to see and analyze Saitama’s punches effectively dodging them. He is so fast that he is considered even faster than the S-Class hero Flashy Flash.

Garou for example can be compared to Genos who also improves by leaps and bounds, which happens due to his new upgrades however the speed at which he improves when compared to Garou is far slower.

That being said, however, Saitama is still stronger than Garou in every way. In the manga, Garou ends up turning into a monster during his fight with Saitama merely out of his desire to beat him, which causes his appearance to change, and he gains a huge boost in power.

Saitama used to be a normal salaryman until one day he encountered a villain and decides to become a hero for fun. He works immensely hard, to the extent where he loses his hair and becomes bald. However, his happiness is short-lived because he ends up so powerful that only a punch is needed to beat his opponents. He quickly becomes bored and demotivated until he meets Genos, a cyborg who admires and respects Saitama. Genos wants to learn under Saitama and suggests that they should join the Hero Association together. From here on Saitama’s life takes a different turn.

Saitama is the main protagonist of the series One Punch Man. He is the most powerful being in the world on One Punch Man to the extent that he takes out people with a single hit. However, he becomes so strong that he no longer feels any excitement from battle.

Genos is the deuteragonist of the series One-Punch Man. Genos is Saitama’s disciple and a cyborg. Genos is a typical hero whose primary aim is to become strong enough and to fight for justice. He is the one who convinces Saitama to join the Hero Association and joins under the name of Demon Cyborg and is currently in the 14th Rank of S-Class.

King is a professional hero of the Hero Association and is the S-Class Rank 7. He is publicly known as ‘The Strongest Man on Earth’ and ‘The Heroes Hero’. However, in reality, he is a normal civilian who got roped into the hero world after people mistook him for the man who saved them from a villain when in reality it was Saitama.

Where To Watch One Punch Man?

One Punch Man can be streamed on Hulu, Crunchyroll, and Netflix.

The official trailer for One-Punch Man was released on September 22, 2015, on the official Vizmedia YouTube channel.

READ MORE: Would I Lie To You Season 16 Release Date Updates