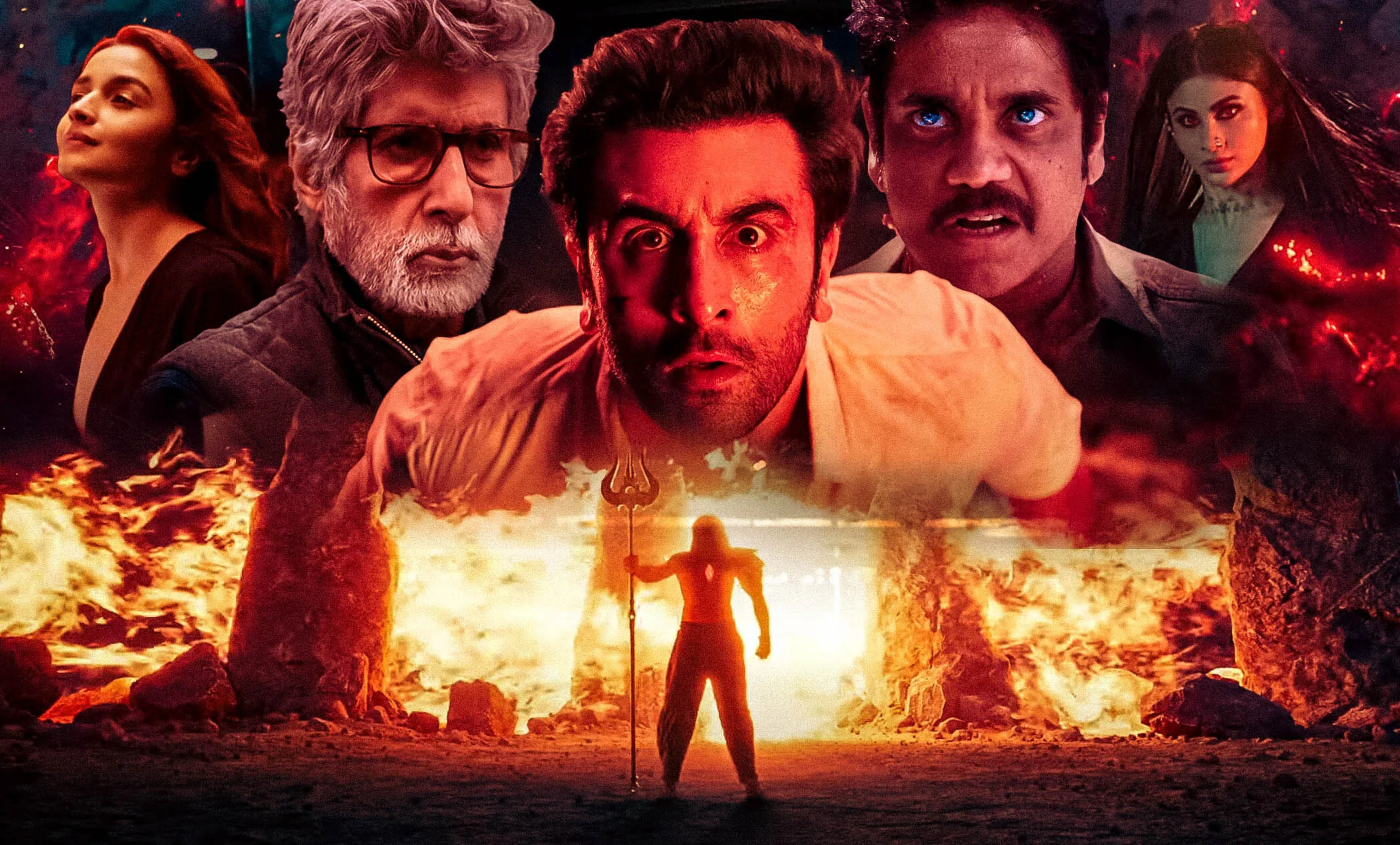 Is Brahmastra Movie Based on Mahabharata?

The Weapon of Brahma: Part One Shiva, an Indian original science fiction film, debuted its official trailer on June 15, 2022. It drew a wide range of responses. While some fans took to Twitter and inundated the social media network with memes, others appreciated the VFX and are anxiously awaiting the film’s release. The movie will be released on September 9, 2022, according to star studios and dharma productions. Ayan Mukherji is in charge of directing it, and Ranbir Kapoor, Karan Johar, Ayan Mukherji, Namit Malhotra, Hiroo Johar, and Apoorva Mehta are in charge of producing it. Since Namit Malhotra and Prime Focus produced the movie, their company DNEG handled the VFX work. The movie is slated for release on September 9, 2022, by Star Studios in normal, 3D, and IMAX 3D. Walt Disney Studios Motion Pictures will serve as the movie’s international distributor.

Is Brahmastra Movie Based On Mahabharata?

The adventure-fantasy genre is the basis for Brahmastra. It is not a mythological film nor is it a superhero film. Although there are allusions to myths from India, such as the Brahmastra, an ancient weapon that had the power to end the cosmos. Ayan Mukherji, who has been working on the Brahmastra project for more than ten years, wrote the story and the screenplay.

The fictional work Bramhastra has nothing to do with actual occurrences. Brahmastra, directed by Ayan Mukerji, reportedly takes viewers 3000 years in the past to a time immediately before the Mahabharatha. Ayan has imagined an entire fantasy universe that differs slightly from what has been depicted in Hindi films up to this point. The movie reportedly takes place at two different times. The main narrative takes place in the present, and Ranbir’s character has superpowers. And in order to complete a task in the present, he goes 3000 years in the past to the pre-Mahabharatha period to learn about weapons like Brahmastra. According to some reports, in addition to these two timelines, we might also get to experience a few brief instances from a future timeline.

One specific phrase or mantra must be used to conjure Brahmastra, and it must be given with complete focus, devotion, and meditation. It appeared in the Mahabharata, Puranas, and the Ramayana.

What Is A Brahmastra? And How Many Times It Has Been Used?

The Brahmastra had three different versions. A weapon with the fifth head of Brahma manifested at its tip, the Brahmashira Astra is capable of wiping out the whole planet. A sword made of Brahma’s bones, the Brahmanada serves as an antidote against all Astras. Brahmananda was essentially made to oppose or protect Brahamashira Astra. The most powerful weapon in the Mahabharata is known as Pashupatastra; only Arjuna and Indrajit are known to have owned it.

It is necessary to get this sword directly from Lord Shiva. The target would be completely annihilated if any of these three weapons—collectively known as Brahmastra—hit it. The Brahmastra is the deadliest weapon that has ever been discovered; when it is fired, it transforms into a powerful fireball that causes a blazing up with dreadful flames, innumerable horrifying thunder, and the toppling of all living things, including trees, oceans, and animals. Mountains are shattered all around, the sky is engulfed in flame, glaciers are melting, and there is a lot of commotion. When it is struck, it will completely destroy the field and all of the resources in the region. In addition, not a single blade of grass will ever sprout there, let alone any trees.

Along with it, there won’t be any rain for 12 years, and the climate will deteriorate. Everything will finally be destroyed by it. The Brahmastra is used or threatened to be used in various places in the Sanskrit scriptures, including Vishvamitra employed it against Vasishta, but Lord Brahma’s countermeasure, Brahmadanda, devoured the Brahmastra. Shri Rama uses a Brahmastra several times in the Ramayana: once against Jayanta (Indra’s son), who injured Sita, once against Mareecha in their most recent encounter, and once against the Ocean, who ignored his request to let his army and he crosses over to Lanka, and finally once during the final confrontation with Ravana.

Hanuman was also attacked by Indrajit using Brahmastra, but he was saved by Lord Brahma’s blessing when he was dismantling the Ashok Vatika after meeting Sita. A Brahmastra was also aimed at Dhrumatulya by Shri Rama, which fell at the location of modern-day Rajasthan and turned it into a desert, according to the Vedas. However, Varuna appeared and informed Lord Rama about the technical flaws of using the weapon at that exact moment, preventing the army of apes from marching towards Lanka. Additionally, during their final combat, Indrajit pointed a Brahmastra at Lord Lakshman, but Lakshman deflected the terrible weapon.

However, because Lakshman was Trinity’s avatar, the lethal weapon came back. Arjuna and the Ashwathama utilized the Brahmashira Astra as a weapon against one another, but Narada and Vyasa provoked it in order to preserve the universe. Maharishi Vasistha was the target of Brahmarshi Vishwamitra’s deployment of Brahmastra, but Vasistha’s Brahmadanda Astra destroyed it. Indrajit used it against Lord Hanuman, but a blessing from Lord Brahma himself prevented any harm from coming to him. The four heads of Lord Brahma are considered to be the tip of the weapon when it materializes, according to the Mahabharata epic. Parasurama, Bhishma, Drona, Karna, Ashwatthama, and Arjuna had the knowledge to summon this weapon during the time of the Mahabharata.

Sacred chants can be used on any object, even a blade of grass, to invoke this Astra (which Aswatthama did). Eight times altogether, Brahmastra and Brahmashirsha Astra have been utilized, according to sources.

The central character in Brahmastra is Shiva, a straightforward man who lives with a poor farmer in a small town in India. He is a respectable man who attends a nearby institution to study engineering. His family believed that he would help them escape poverty. Isha is the Village Thakur’s daughter. She was the most attractive student majoring in computer engineering. The entire college loved her, but for the apparent reason that she was a “Thakurain,” they were hesitant to ask her out. Shiva eventually asks her out and she accepts because she was lonely and yearned for love.

Both are captured after they go out for the first time. Isha’s father learns about them. They began to sense a connection. Isha then cries out in front of her father and accuses Shiva of trying to rape her. However, the Thakur was gracious enough to spare his life. Shiva is consequently compelled to quit college, and the Thakur takes his father’s land. Shiva is compelled to work in Lucknow as a day laborer because his family is left without any land. Here The strongest Astra is a woman who, in order to preserve herself, spared another person’s life by abandoning him completely with nothing.

According to the sources the movie contains high-octane action and fight scenes, where the entire natural world—including the ground, sky, mountains, forests, etc.—will be seen being mixed up and destroyed. Its visuals were filmed in Varanasi, Manali, and Bulgaria, and VFX will be used to further develop them. In Bulgaria, where Dan Bradley, a renowned stunt coordinator, shot the majority of the movie’s action.

As the first installment of a trilogy that will make up the Astraverse, the movie is meant to serve that role. Ranbir Kapoor, who portrays Shiva in the pre-Mahabharata era and a DJ in the present, is one of the actors in the film. Isha is Shiva’s love interest, this character is portrayed by Alia Bhatt. We’ll witness Ranbir’s character utilizing his superpowers and a variety of cutting-edge weapons. Regarding Alia’s personality and whether or not she possesses any superpowers, not much is known. Amitabh Bachchan portrays Guru, and Mouni Roy plays the role of Junoon, the Darkness’s ruler. Famous Tamil actor Nagarjuna plays an Anish artist in the film as well.

As a scientist, Shah Rukh Khan makes a brief cameo appearance. Dimple Kapadia, Divyendu Sharma, Dhruv Sehgal, and Saurav Gurjar are among the other cast members.

The link to the Brahmastra Trailer is attached at the top of this article.

Where To Watch Brahmastra Online?

The production and release of the film were delayed due to the pandemic. It is set to release on 9th September 2022 in your nearby theatres. The OTT platform is yet to be announced. But we can expect this movie on Disney+Hotstar.