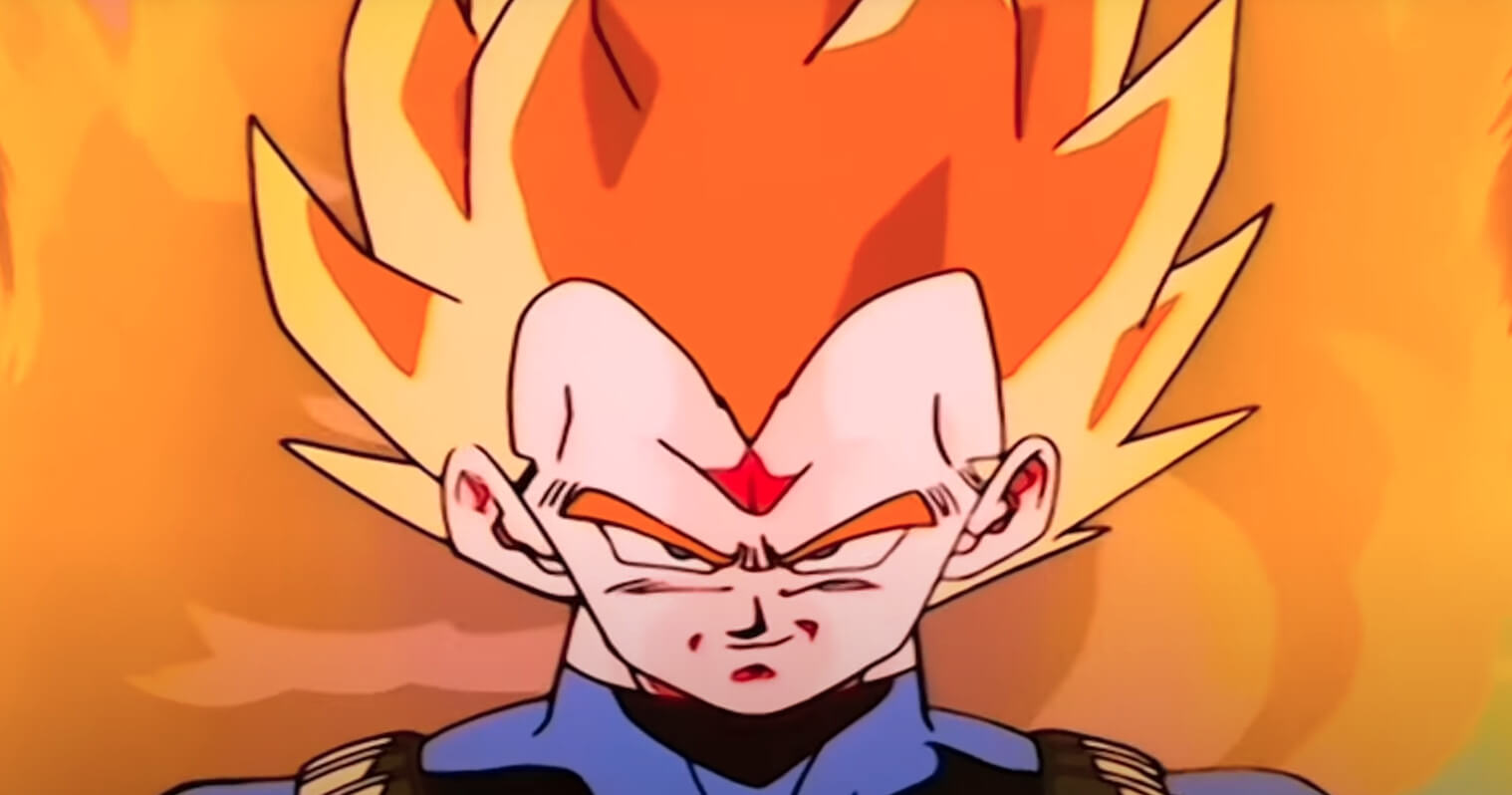 Vegeta probably is the only mortal who is as strong as Kakarot (Goku) in the Dragon Ball anime series. He first appeared in Dragon Ball Z in the fifteenth episode of ‘Vegeta Saga’, after a battle with Goku he barely survives and escapes through a spaceship pod in which he came. When Vegeta first lost to Goku, he wishes to become a Super Saiyan and take revenge on him. Vegeta has gone through various power-level transformations such as becoming a Great ape, SSJ 4, and Super Saiyan Blue.

Goku has always been ahead of Vegeta in achieving new levels and shattering their limits. Vegeta’s obsession for becoming a Super Saiyan has been inside since he was a ten-year-old child, as a prince of planet Vegeta and all Saiyans he believed that it’s his birthright to one day become Super Saiyan and put his name along with the gods of his race. The path he took to becoming a Super Saiyan wasn’t easy for him, he almost died before he achieved the transformation of which he dreamed.

In Which Episode Vegeta Goes Super Saiyan For The First Time?

Vegeta became Super Saiyan in episode number 120 in the overall series and episode number 4 in the season of ‘Android Saga’. He reveals himself in front of everyone as Super Saiyan, at the beginning Dr. Gero claims that Vegeta is not a bigger threat to them as his database from previous fights confirms. Vegeta attains his Super Saiyan form before the Androids arrive, it follows back to the time when Vegeta was on another planet training to get stronger. With a smile of arrogance, Vegeta explains to everyone present at the moment how he achieved his Super Saiyan form. Vegeta sees a meteorite coming towards his spaceship, he realizes that if the ship is wrecked by the meteorite then his chances to return to earth are over and he will die on that barren planet.

In the moment of emotional stress and need, Vegeta releases his inner energy and slowly transforms into a Super Saiyan. Then Vegeta Destroys the meteorite with an immense energy blast. Identical to the situation with his arch-rival Goku, Vegeta was also in tears before becoming a Super Saiyan. Goku becomes a Super Saiyan in an emotionally sad and angry state when he loses his childhood friend Krillin at hands of Frieza. Becoming a Super Saiyan is only possible when one is in a state of psychological and in perfect base form to support the energy level of Super Saiyan with the body.

This criterion is identical as for the members of the Uchiha Clan from the anime ‘Naruto’, when an Uchiha see’s someone close to him or closest to him die in front of his eyes, at that moment a kind of hormonal fluid is released from the brain which activates their clan’s special and signature ‘Sharingan’ or ‘Mangekyo Shringan’ in their eyes.

In the case of Vegeta all his previous attempts for surpassing his current power levels miserably fail. It follows back to the time when Vegeta tried to use Dragon Balls of planet Namek in a bid to ask the dragon for a wish to make him the strongest warrior in the universe, Ironically, he fails in that too. Vegeta only became a Super Saiyan when he needed to when he was about to die on an unknown barren planet far away from Earth. That situation puts a psychological need for him to transform into new energy levels, the reason why he always failed despite his intense and hard training methods than Goku is that he never felt a specific need to become stronger to survive.

Vegeta made that possible with his intense training and an obsession with surpassing Goku Who is considered a lower-class warrior on planet Vegeta by his brother Raditz. If you have not watched this series yet, then go and watch it first on Hulu.

MUST READ| Goku Vs Batman: Who Is The Strongest?

In this article:dragon ball z, In Which Episode Vegeta Goes Super Saiyan For The First Time?, Vegeta