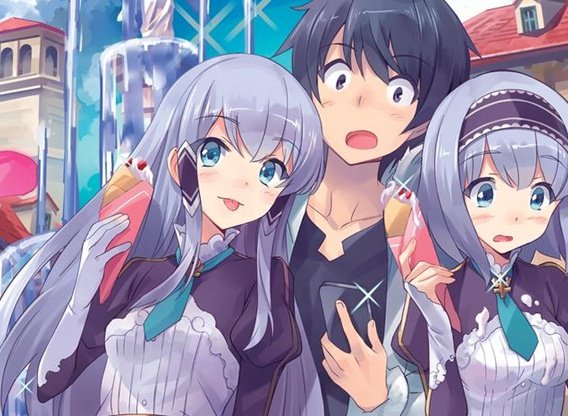 In Another World With My SmartPhone Season 2 Release Date

It’s surprising how well this show is. It is distinctive in that it takes its premise very seriously, but it also uses tropes that have been used a million times before, including cliched character designs and characteristics. If you watch anime for enjoyment and not as a form of criticism or competition, then it is worth watching once even though it lacks much originality, hasn’t got the best story ever written, doesn’t have any good character development, and doesn’t even have a great soundtrack that sets the mood.

In Another World With My Smartphone Season 2 Release Date

Despite all the cliches and predictable plots, if you really enjoyed watching the show as much as others, then we have good news for you. The anime was renewed for a second season in April 2022 and recently updated its other information, including a teaser visual that highlights a refreshed staff list and three new cast members. The staff also confirmed that it will be returning in spring 2023.

The new season, rather than Production Reed, will be taken up by J.C. staff, the studio that animated shows like The Disastrous Life of Saiki K. and The Way of the Househusband. The first season had a lot of producers, but now they have been reduced to just Pony Canyon and Kadokawa.

The first season of the show came out on July 11, 2017, and ran till September 26, 2017, with a total of 12 episodes, each lasting for about 24 minutes. The show is renewed for a new season is quite surprising, just like its fairly good position in the list of popular anime on MyAnimeList.

In Another World With My Smartphone Season 2 Story

Even though the first season of the show was an adaptation of the light novel, many scenes were left out. We don’t know whether season 2 will be adapted completely from the manga or will have some original story, or maybe a mix-up of both, hence the storyline can not be predicted exactly.

Season one of the show had us introduced to Touya Mochizuki, who was accidentally killed by the Gods and, as an apology, was reincarnated into a better magical world with his smartphone (as a special request), where he is intelligent, smart, handsome, and has a lot of girls around him. The remaining episodes of the program follow Touya as he lives his new life to the fullest and learns new secrets about this world.

In Another World With My Smartphone Season 2 Characters

In Another World With My Smartphone Season 2 Trailer

Though there has been a lot of information released about season 2, there has not been a trailer released for it. Recently, there was a teaser visual released for it, also indicating the characters and cast members.

Where to Watch In Another World With My Smartphone Season 2 Online?