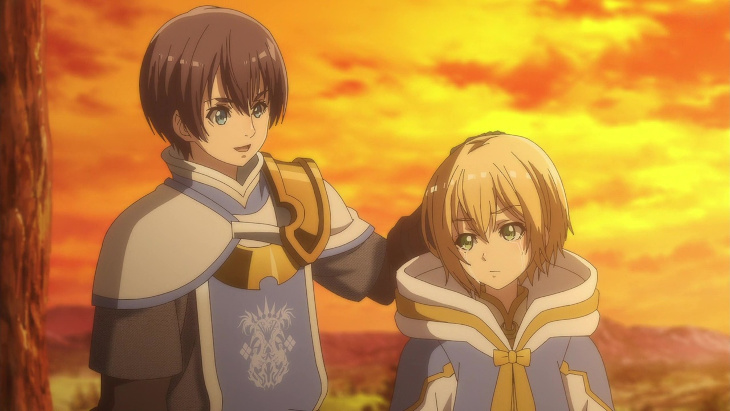 Hortensia saga is a war anime fiction by Liden Films studio. It is an adaptation of the popular game by the same name and also has a manga adaptation published by Media Factory. The anime is delightful to watcha and so is the game. Hortensia is an epitome of war animations but is not limited to just that, it has many elements of sentiments like love, loss, anger, vows, and commitment. The first season was released on 7th January 2021 that had 12 episodes directed by Yasuto Nishikata. The last episode aired on March 25th, 2021 which left us all at a cliffhanger mentioned later in this article. If you haven’t watched Hortensia Saga yet, you might be diving into some major spoilers.

The release date of this anime comes into question that can be answered by the ratings of its previous season. Although Hortensia Saga has its cult, it did how to perform very well. After the release of the first season, the ratings were pretty low indicating the authorities might restrict themselves from engaging in season 2. However, nothing has yet been officially decided and if the anime does get renewed then the finished product is predicted to release by the first half of 2023. We hope to see what the new season has in store for us, especially after the cliffhanger at the end of season 1.

The plot of Hortensia revolves around the vow of a ten-year-old boy to his dead father, set in the kingdom of Hortensia.

The story is set in the kingdom of Hortensia, ruled by a king and threatened by the demons of the duchies of Camellia and Olivier. Though the power rests in the hands of the king, the “holy power” still is above in terms of control. A turn of events takes place when the royalty is attacked and killed along with the knight who swore to protect the king (Alfred Aubret’s father) dies while fighting a werewolf during the attack. Nobody except the princess survived, by locking herself in a secret place and the little After his father’s death, Alfred decides to complete the vow he made to his father that is to become a knight himself and serve the kingdom. Whilst the bishop sends a failed attempt to search for the escaped princess. Maurice, Alfred’s uncle is grief-stricken and gives the son his father’s sword. Maurice also takes into his hands to train Alfred upon being asked to be his mentor.

The story is an exciting one, fitting perfectly into the battle genre. However, the ending seems like compliance to generic endings where a particular character is revived, just for the sake of it. It seems that the anime failed to deviate from regular endings, and do something bold and new because the present nature of audiences demands new endings, and is difficult to gulp down your throat endings rather than flowery, everything is possible or love is eternal endings. If the anime had let the protagonist i.e Alfred die then it would have had a certain edge to the show.

The second season is most likely to be a continuation of the first season’s story. Alfred will probably face the negative consequences of being revived even after complete knowledge of the stakes that were imposed on doing so. Though we hope that season two will be more unique and have more original war ethics, it’s evident that Alfred, be it his choice or not will see destruction as a result of the ending of season one.

The trailer of the Season of Hortensia saga dropped on 6th January 2021 and has approximately 90k views on YouTube. The trailer itself is an animatic piece of art and we hope to see it soon in the trailer of Season 2 as well.

Where to Watch Hortensia Saga

All episodes of the Hortensia saga are available on Crunchyroll and Funimation.