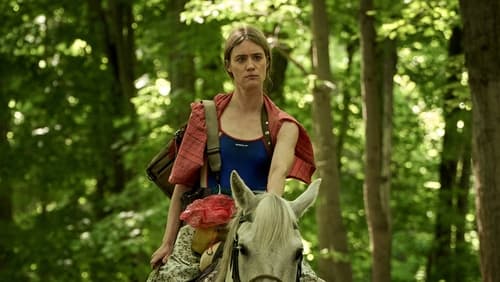 Station 11 is an American Series of the science fiction genre. It has been adapted as a screening series by Patrick Somerville based on Station 11, a novel by Emily St. John Mandel in the year 2014.

The show follows the post apocalyptic times almost 20 years since a flu pandemic has gone by. This pandemic has caused complete destruction of civilization. There exists a group of people who are the few to survive the apocalypse who are travelling from one place to another in order to survive and continue living. While travelling they come across a dangerous man who leads a cult of some kind, while his past seems to be quite cryptic and mysterious to the survivors while they try to further unravel old and new mysteries in these post-apocalyptic times.

The screen adaptation of Station 11 is said to differ in its timeline and plot a bit from the original novel of the same name. Viewers of the show who have read the book have noticed the slight changes where some changes seem to be for the better which includes more emphasis on the character of Frank, a disable person unlike the novel.

Episode 10 of Station 11 which is also the concluding and final episode of Station 11 will be released on the 13th of January 2022. The title of the episode is not known to us yet until the network releases some information about it. The new episode will be aired on HBO Max and as we all know HBO does not release any show at one go, each episode is released with a gap of one week.

It will be aired at 3 a.m on HBO Max if you want to watch it right at the time of release but you also have the option of watching the repeat telecast later on. Episode 1 or the pilot was aired on 16th December 2021 and so far 7 episodes have been released of Station 11 on HBO Max.

So far the last episode that has been aired is the 7th episode that is titled, “Goodbye My Damaged Home”. Kirsten was under the effects of poison darts when by the cult as an attack while she experiences her past memories and world through a series of hallucinations in Episode 7 of Station 11. It is her old and younger self from the past when the world was still very much alive who gives her the antidote to the poison dart. While the character of Frank tries very hard to seem balanced and calm to support Kirsten and his brother Jeevan yet he suffers from his own set of problems and issues which involves being a former heroin addict and trying to continue his sober life.

Kirsten Raymonde is played by the stellar actress Mackenzie Davis who is widely popular for starring on Black Mirror and Happiest Season. Her past struggles before the apocalypse makes her much more resilient and protective towards the other survivors and members of the troop, she tries her best to save other people from danger which might be some unresolved emotions on her part since she lost her family and friends and could not do anything to save them. Thus, her post apocalyptic life and need to save other members might be a second redemption on her side.

Himesh Patel plays the role of Jeevan Chaudhary who is a journalist by profession and acts like a guardian to Kirsten when her parents are missing and the flu is still primarily in the early days. He first meets her when Kirsten performs at a King Lear play and walks her home safely.

Nabhaan Rizwan plays the role of Frank Chaudhary who is a brother to Jeevan and also a disable person stuck to a wheelchair and the various complications he possesses. Kirsten starts living with Frank and Jeevan during the early days of the flu.

David Zovatto plays the role of The Prophet whose appearance will be more prominent in the later episodes of Station 11. He is the leader of a dangerous and dark cult which promotes cutting all ties from the past world before the apocalypse happened. He often kidnaps people and forces them to become a part of his cult at the expense of killing and murdering people.