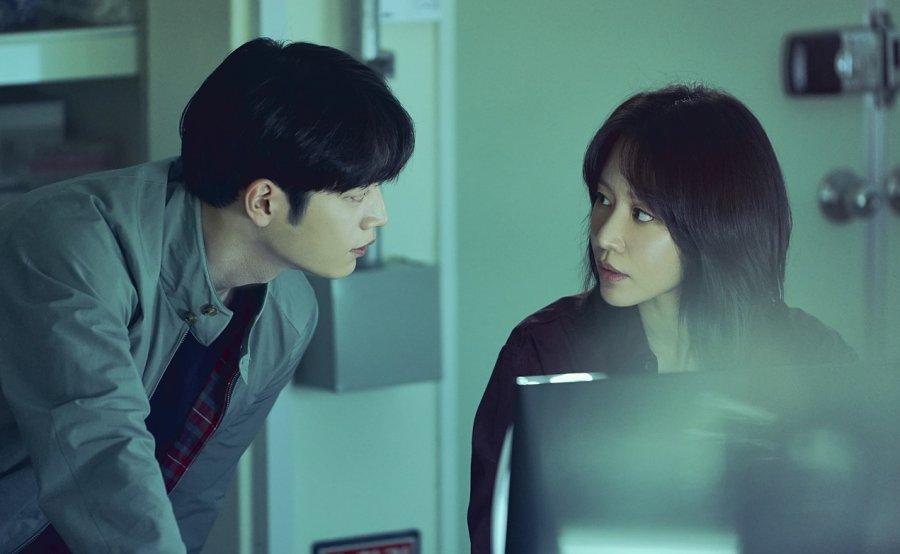 Grid is a South Korean action-packed thriller mystery drama that premiered on February 16, 2022. The Sci-Fi web series is written by Lee Soo Yeon under the direction of Lee Khan. Grid is also known by the name Zero, O, Jelo, or Greed. The show is developed by Ace Factory and Arc Media under the supervision of Min Hyun-il and Lee Seong-jin.

The story deals with an apocalyptic situation that has arisen in the modern world. The solar wind which was uncontrollable to humans stood as a threat leaving the Grid as the only solution. In the meantime, there comes a mysterious situation created by a ghost. The ghost is linked to helping a prisoner escape leaving no defense for detective Jung Sae Byeok. This relationship between an unknown spirit and the murderer is under investigation. All these investigations end up giving light to the situation which saved the world from mass extinction.

The second episode of Grid is all set for its release on February 23, 2022. The grid can be streamed on Disney Plus as well as in Disney Plus HotStar. The time of release is set for every Wednesday at midnight KST. The first episode of the Grid was premiered on February 16, 2022, with a duration of 60 minutes. There will be a total of 10 episodes in the first season which will come to an end by April 20, 2022. Due to its background in Sci-Fi and thriller, a wide range of people are waiting forward for its further episodes. However, there had been no announcements regarding the extension of the season but can be expected shortly.

The episode introduces the recent problem that is beginning to develop as a threat to our earth. The solar flare gets worse than the recent times and destroys a satellite in outer space. This strike caused the satellite to collapse with another one that goes straight facing the earth. But the Grid which was established in the year 2004 to stop this flare stops the satellite. However, this huge magnetic field temporarily troubles the communication system. This consequently led to a huge blackout kind of experience but the government manages to find a temporary fix.

A huge storm caused due to the sun flare was near impact which the authorities manage to foresee. Despite the storm being on its trajectory, they used the Grid again to barrier against the phenomenon. Later the story moves into an investigation led by Jung Saebyeok based on a murder that happened in a store. Kim Sae-Ha who had lip-reading skills investigates the case along with Jung Saebyeok. When Saeha was looking after his mother in the care home, he hears about a failed mission by the police. He tracked the case down and finds out that it was under the investigation of Jung. They managed to find him but he surprisingly escaped mysteriously. However, Jung gets a clue which she hopes to track down a suspect who helped him in the fugitive.

Kim Sae-Ha is portrayed by the Korean actor Seo Kang-Joon. The 28-year-old actor had started his career in 2012. He did his secondary education in Malaysia and later joined Dong Seoul College as a faculty of performing arts. Saeha had won the best new actor award for his contributions in the series ‘Cunning Single Lady’. He has won the hot star award in the year 2015 and the Best Entertainer award in the year 2016. His recent work is a romantic drama named ‘When the Weather is Fine’ which was released in 2020.

Jung Sae-Byeok in the television series is played by the Korean actress Kim Ahh-Joong. The 39-year-old actress is also a singer who had graduated with a master’s degree from the University of Korea. ‘When Romance Meets Destiny’ released in 2005 was her first film. Kim had won several awards including the best actress and song of the month. Right after her debut, she won the best new actress award for her contributions in Bizarre Bunch in 2005. In addition, she won the best actress award in multiple award ceremonies in 2007 which is considered to be her golden era.

The official trailer of Grid was released on February 10, 2022. The show is currently streaming on Disney plus every Wednesday midnight KST and Disney plus Hotstar at 8:30 pm IST. On a total of 10 episodes declared for the first season one has only been released. The show will mark its finale by April 20, 2022.