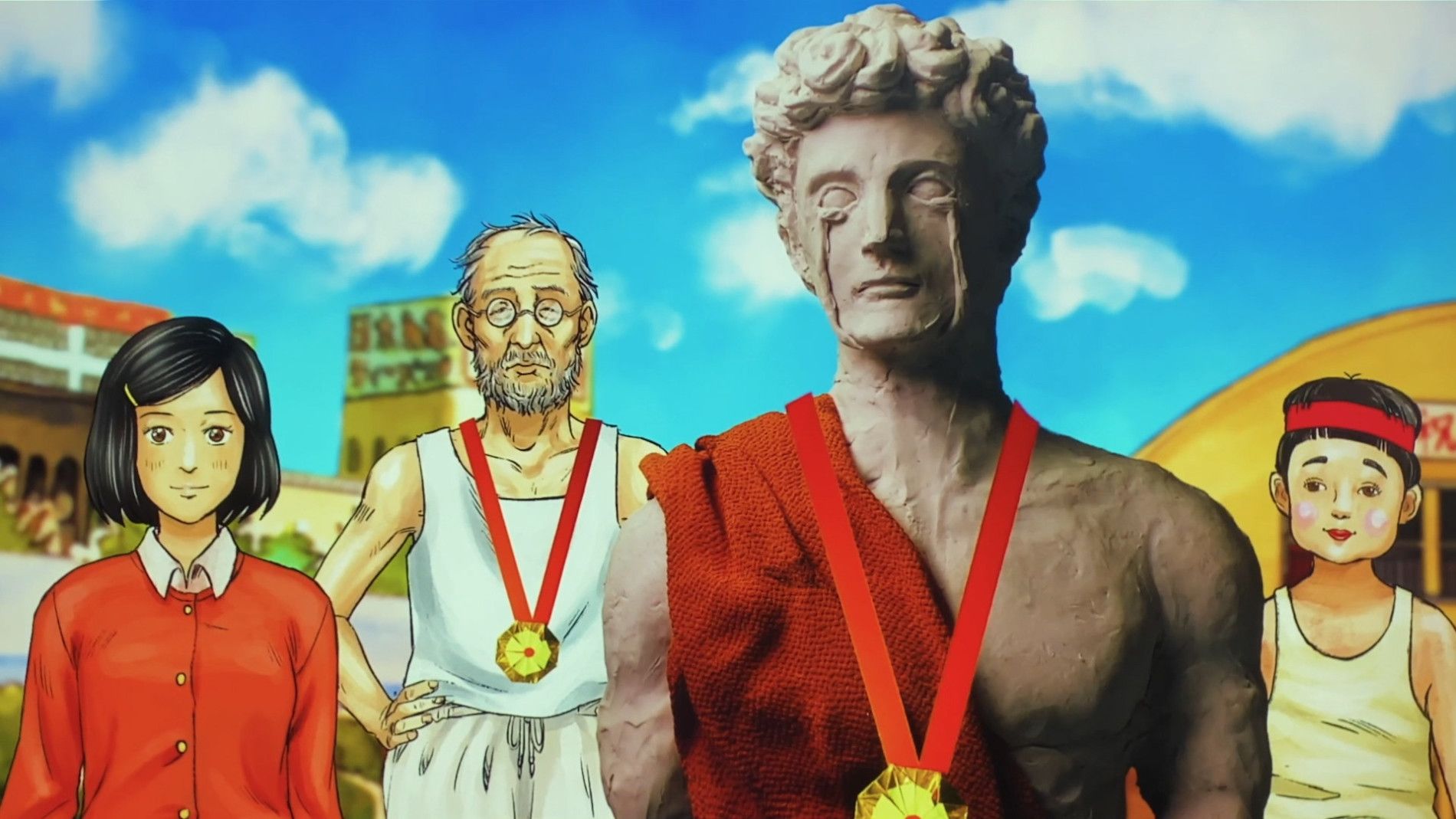 If you are looking to watch something fun, short, and unique, then you need to try this animated show. Extra Olympia Kyklos, also known as Bessatsu Olympia Kyklos, is an anime based on the Japanese comedy manga of the same name by Mari Yamazaki, which went into publication in March 2018 and is still running with a total of 6 volumes released as of now. The anime adaptation was taken up by Gosay Studio and is directed by Ryō Fujii, with its screenplay written by Ryō Fujii, Atsushi Tsuboi, and Takeshi Takemura together. The theme of it is set as a comedy, a slice of life, and sports based on historical times. Here’s what we know about Extra Olympia Kyklos Season 2 Release Date

There is no doubt that not everyone will enjoy this anime. There’s a reason why it’s dubbed unique and extraordinary. First, the episodes are only five minutes long, so you can always give the show a try by watching the first few. The characters have only one dimension, and the plot is straightforward. The overall aesthetic of this anime is the claymation style, which is incredibly uncommon in anime or even in animation in general.

The level of attention to detail in the moving figures demonstrates the artist’s effort. The rapid-fire dialogue jokes on the show, along with some visual humour, are what makes it so entertaining. This show might not be for you if you don’t find Japanese comedy forms like manzai to be amusing in general.

No decision has been made regarding the show’s continuation or second season. On MyAnimeList, the first season has a rating of 6.98, which was released from April 20, 2020, to November 2, 2020, with 5- minute long 24 episodes. There is hardly any content left for the new season because the manga series has only produced six volumes, the majority of which were covered in the first season. Most of the content produced by the production studio has already been used.

Additionally, the show doesn’t have a sizable following or an eager audience. Therefore, it is currently extremely unlikely that the producers will approve Extra Olympia Kyklos Season 2. There is very little chance that this show will return.

Since we are unsure if the first season’s story will be adapted from the remaining manga or if a new script will be used, it is impossible to predict exactly what will happen in season one. Demetrios, a young man with a gift for the arts who aspires to lead a simple life with his beloved Apollonia, is the protagonist of the first season of Extra Olympia Kyklos.

He is a Greek pot painter who is bad at drawing but loves to draw. On the other hand, he is really good at sports and hates to compete in them. Since he strives to lead a sedentary lifestyle and satisfy his desires, he lives up to the name of the goddess after whom he was named by fighting the adversarial society that seeks to minimize his talent and steer his life in a different direction.

Demetrios, who is voiced in Extra Olympia Kyklos by Ono Daisuke, is one of the main characters. He has a reserved demeanour. Despite his incredible athleticism, he prefers to work as a potter to compete. Theophilos, who is voiced by Katagiri Jin, is another important character. He is in charge of the community where Demetrios resides. He frequently bullies the latter into considering Olympic competitions in an effort to draw attention and generate revenue. The supporting characters are Honeuros the Bard, Apollonia, and Iwaya Asakichi, voiced by Satou Takashi.

These characters are also expected to return for season 2 of Extra Olympia Kyklos.

There is no trailer released yet for Extra Olympia Kyklos Season 2. But we will update if it comes out.

The first season of Extra Olympia Kyklos is only available on Crunchyroll for now, and that too in a few selected regions. We expect season 2 to come out on the same platform and hopefully in more countries.