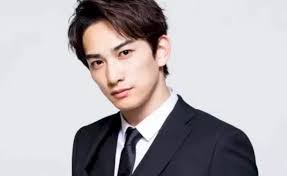 The mini-series tells a mysterious story on the relationship between Tamachi Gonta as well as Ochiai Katsuyo’s grandmother. Tamachi Gonta is a young man who is into a life of total misconduct. He lacks generosity and took things for granted. All these behavioral aspects of Gonta made him travel through the path of unrighteousness. The handsome youngster living in Tokyo usually enjoyed the modern life comforts provided by the city. On the other hand, Katsuyo’s grandmother lived a peaceful life on the outskirt of Tokyo. She had a caring mind and the right mentality Gonta lacked. However, mysteriously Gonta’s soul gets trapped in the grandmother’s body and vice versa. This creates an unusual situation that impacts the people around them both. Nevertheless, both of them make a genuine attempt to find our method to cope with the condition and return to their old status.

Tamachi Gonta who was a social media influencer had been leading a life with no ethics. The young man had trouble when he found that he was no more in his own body. Moreover, his entire personality and authoritative modern life are at threat after he finds himself in the body of Ochiai Katsuyo. Kastsuyo was an old-aged grandmother who lived in the outskirts of Tokyo. Unlike Gonta, she was swapped into a young and energetic body which takes the situation into an unusual scenario.

Tamachi Gonta in the series Damena Otoko Ja Dame Desu Ka I played by the Japanese actor Machida Keita. The 31-year-old actor was graduated from Nippon Sport Science University. He was debuted in the year 2011 through the series “Rokudenashi Blues” playing the role of Seiji Wataka. “Double Sky” in the year 2012 was his first featured movie. However, he had acted in 39 television series and 20 movies to date. The Sun and Bolero is his recent movie which was released in 2022 and Damena Otoko Ja Dame Desu Ka being the last television dram he acted on. In addition, Machida had contributed to radio dramas, Internet dramas, theatre, musical videos, games, voice acting, and so on.

Ochiai Katsuyo is portrayed by the Japanese actress Yoshiko Miyazaki in the television series Damena Otoko Ja Dame Desu Ka. The 63-year old actress had debuted in the Japanese film industry through “Orecchi no uedyngu” in the year 1983. She had contributed to a total of 46 movies to date. On the other hand, Miyazaki started appearing in the mini-screens in the year 1999. “Emergency Room 24 Hours” telecasted through Fuji TV was her first television series. She had acted in more than 30 television series until now with which “Japan Sinks: People of Hope” being her recent work. In addition, Yoshiko Miyazaki had been awarded the best-supporting actress for her contributions in “When the Rain Lifts” in 2001.