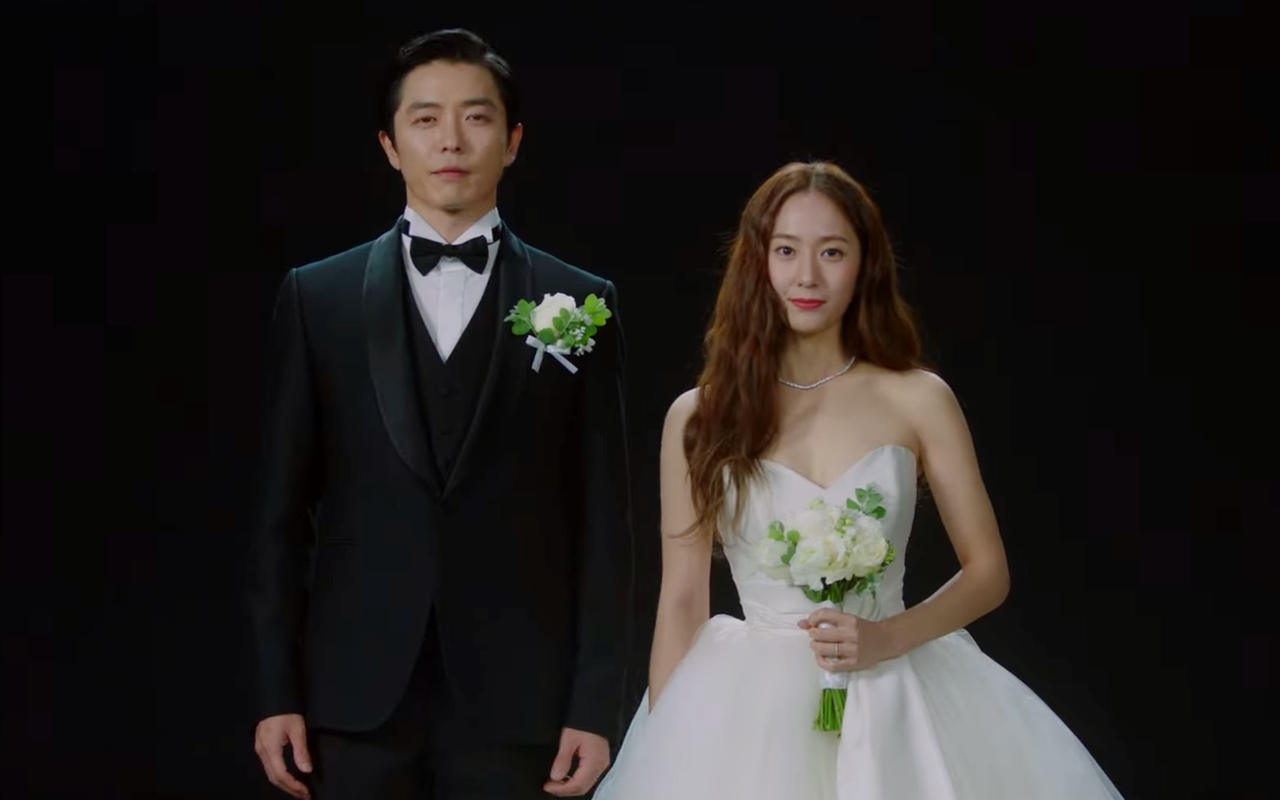 Crazy Love is also known as Insane love is an upcoming South Korean Television series on the genres Comedy, Romance, Drama. The series is directed by Kim Jung-Hyun and written by Kim Bo-gyeom the writer of the very famous melodrama Tempted the 2018 MBC series. The casting consists of Kim Jae-wook, Krystal Jung, and Ha Jun. The series is scheduled to release on KBS2 on March 7, 2022, and will be airing every Monday and Tuesday at 9:30 pm KST. Since it is an iQiYi original series, it will be for streaming on the platform across several regions.

On February 9, a new official teaser for the upcoming series Crazy Love dropped, showing the two main leads, their personality, and traits. Kim Jae wook’s character is shown with an air of haughtiness and arrogance as he waves a pile of cash in his hands seemingly fanning himself. Krystal Jung’s character, however, is shown full of panic and distress, the exact counterpart of Kim Jae wook’s. Then as if mockingly, she later shows a full 180-degree personality switch in personality, as a cute and mischievous look adorns her face while she holds up a hammer.

Crazy Love is explained to be a chaotic yet sweet drama with the added elements of romance and Comedy. Kim Jae wook’s character Noh Go jin is the lead, a narcissistic CEO of a company dealing with education as well as one of the best math instructors in the country with over 190 IQ. Krystal Jung’s character is Lee Shin ah, another lead, who is diagnosed with a terminal illness that will take her life in a few months.

The premise of the story is that Lee Shin ah sends a death threat to CEO Noh Go jin after her life takes a turn for the worst once she finds out that he is diagnosed with a terminal illness and will not be able to live for long.

Noh Go jin is currently the most famous mathematics instructor who not only has an OQ of 190 but is also the CEO of the GOTOP education company. This is because despite having only a high school level graduate certificate, he achieved his status and name through his unbelievable intelligence. He is known to be a perfect man with an extremely handsome face almost as if he were a model, on top of which he is rich and brainy. However, he is a narcissist. One day unexpectedly he receives a letter warning that he will be murdered.

Lee Shin ah is the woman who works as Noh Go jin’s secretary. She is known to be a diligent, responsible, and hardworking employee. But despite these facts, she has a quiet and introverted personality, which gives her very little presence so much so that even her boss and colleagues barely notice her. Her colleagues only start to recognize her after she works for the narcissistic Noh Go jin for more than a year. Though she, later on, finds out that she doesn’t have long to live being diagnosed with an illness that will kill her in a few months.

The second episode of Crazy Love will be scheduled for its release on March 7, 2022. The series is set to air on KBS2 at 9:30 pm KST on the same date. The production team of Crazy lover had already announced that there will be 16 episodes on the series. Extension for the series will completely depend upon the popularity of the show. The series is expected to end on April 26, 2022.

Kim Jae wook is a South Korean actor who was born on April 2, 1983. His family is made up of his parents and one older brother. When Kim Jae was but a child his family shifted to Japan. There his father worked as a journalist and went there to work as a foreign correspondent. Kim Jaw wook shifted back to South Korea when he was around 8 years old.

Krystal Soo Jung who is also professionally known as Krystal Jung or Jung Soo Jung is a Half Korean Half American singer and actress whose main work takes place in South Korea. She debuted as a member of the South Korean girl group f(x) in 2009 and has also participated in the group project for SM the Ballad in SM entertainment.

Where to watch Crazy Love?

The crazy love trailer was released on YouTube on February 15, 2022.