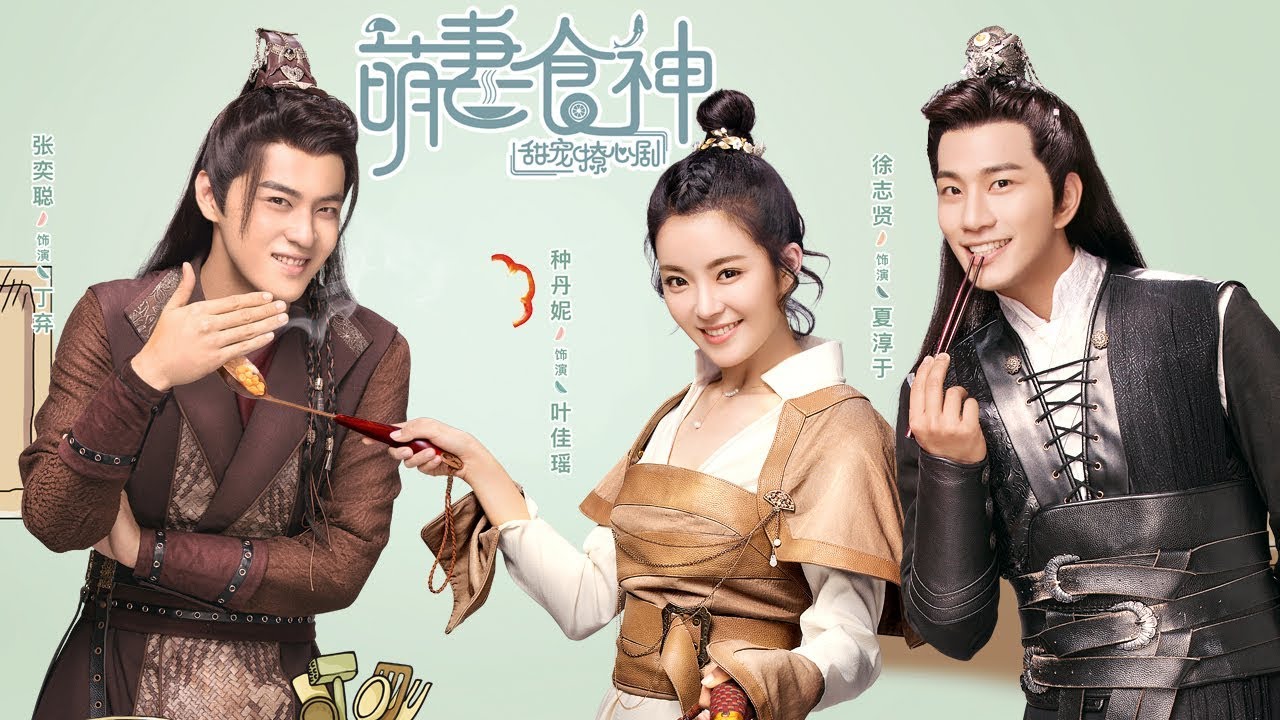 Before the K-wave hit the world and K-drama and K-pop became the new trend, Chinese dramas were very well known. They have their own unique charm and appeal that no other Asian drama can compete with, especially the historical and fantasy ones. And if you combine both elements, then you get a masterpiece. One such masterpiece is Cindrella Chef, a Chinese Web Drama, which includes those two genres but also falls under romance, drama, comedy, and, of course, food.

The 56- episode drama, also known as Meng Qi Shi Shen and Cute Wife, is based on “Meng Qi Shi Shen” by Ziyi281 and was directed by Zhang Jinqing and Zhao Jintao while being produced by Fan Feifei. Drama like this is unique. Watching it can be hilarious at times. The main protagonist is funny and cute, but occasionally she acts completely ridiculous. Despite the main hero’s attractiveness, their interactions occasionally prove to be impossible. The series received over 100 million views within three hours of its release; 200 million in two days; and 300 million in three days, which is very impressive.

There has been no announcement regarding the new season, even after years of season one. Season one had 56 episodes, each lasting about 38 minutes, and was released from April 23, 2018, to June 25, 2018. The show had a pretty reputable fandom and had good ratings enough for producers to consider a new season, but as we know, most Asian dramas do not get continued and like to have only season one, which slims the chances of season 2 any further.

In season one, we saw a modern girl, Ye Jiayao, or “Yaoyao,” who is a chef, but her talents are not recognized. Just when she was about to earn the recognition she deserved, she was transported to historical times magically and without any particular reason. There she ends up among some bandits.

There, in ancient times, she gets involved with a man named Xia Chunyu, who is an agent of an imperial prince. On his command, Xia Chunyu has gone on an undercover mission to infiltrate Black Wind Fortress. To make his mission a success, Ye Jiayao helps him by agreeing to get into a fake marriage with him.

The rest of the plot follows Ye Jiayao using her modern knowledge to her fullest and earning respect as a chef, which she ultimately does. With the passage of time, both the protagonists fall in love.

The first season is divided into two parts with 26 episodes each. In the second part, things become merrier for our couple, and the plot gets sweeter and more intense at the same time.

We don’t know whether the story of season 2 will pick up right where season one left off or whether it will take a different approach, which makes predicting the plot for the new season a bit difficult. We hope to see more progress in the love lives of Ye Jiayao and Xia Chunyu with more intense overall action in the series.

Season one had a lot of interesting characters with an amazing cast whom we are expecting to return for the second season, which includes Xia Chunyu, portrayed by Thassapak Hsu, and Ye Jiayao, portrayed by Chong Danni, as the main couple. The people in the Black Wind Fortress include Zhao Jian as Bai Chong Ye, Chai Ge as Songqi, Gao Jicai as He Zhong Bao, Liu Yuan as Ma Chenglong, Chengmo as Sheng Sheng, Crawdia Chou as sang sang, Rong Zishan as Bai Zhenzhu, Zhao Lushi as Liu Yiyi, Jia Ding as Peng Wu, Sookie Pan as Madam Jiang Yue, Hou Chuangao as Wei Qian Jun, Feng Peng as Ye Binghuai, and Xin Yuxi as Ye Jinrong.

Currently, the first season is available only on Rakuten Viki to stream for free with ads and with a subscription if you want to watch it for free. Season 2 of Cindrella Chef is expected to come on the same platform when it is released.