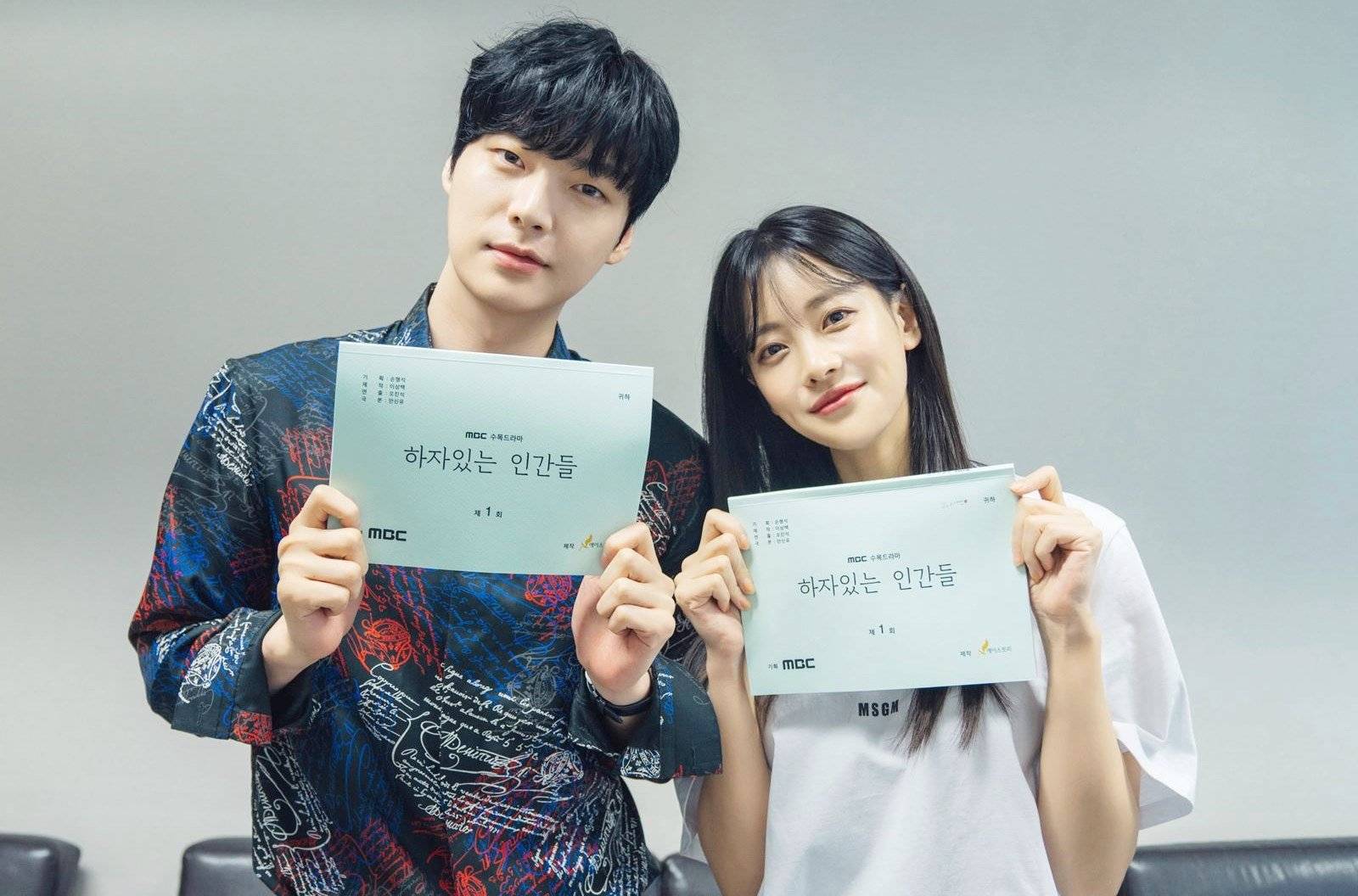 Studio S’ production Cheer Up is an upcoming 15+ rated South Korean Drama series, Han Ji-Hyun will be playing the female lead and central role as Do Haye-Yi. Written and created by an amazing Cha Hae-Won and Han Tae-Seob the Web series is set to Land on SBS Network’s OTT platform this October.

The show will target audiences who like school/college life experience television series. Do Haye-Yi is seen with four other accomplices who join a cheerleading team; from there on, the drama of the show starts to revolve around of our main characters. Cha Hae-Won has a reputation for always coming up with an interesting storyline; his Korean drama series ‘Cheer Up’ is expected to do the same by living up to those expectations.

The Show Cheer Up is set to release on 3rd October 2022; the show is 16 episodes long and will be aired each Monday in the coming weeks on one by one basis. ‘Cheer Up’ has created hype in Gen-Z’s of being an ideal show in the Romance genre. The Show will air on the SBS TV channel and SBS’s online streaming application. Each episode is expected to be an hour long or exceeding, the language will be Korean, with subtitles being available on demand.

The story is quite straightforward, as the show is not anticipated to be a thriller drama but instead in an emotional and romantic element. The story starts with Do Haye-Yi, a bright and hardworking student of ‘Yeonhee University.’ Do Haye-Yi is seen aspiring to join a cheerleading club called ‘Teyia’; Teyia is a famous and much looked up cheerleading squad involved in various co-curricular activities across the university.

Ultimately Do Haye-Yi can join the squad; At the same time, Do Haye-Yi enjoys her campus life; she is also paired with various main star cast, such as Park Jung-Woo, Jin Sun-Ho, and Tae Cho-Hee, also a very important person called Bae Young-Woong who is an honored member of University’s alumni. Woong also supports the team with his financial and overlooking assistance.

The show is based on the adventure of these 5-6 characters; by now, we still don’t have much information about what this web series can be. The creators also have given a brief intro of the show in the teaser, maintaining its authenticity.

As far as we have gathered the information about the characters and their Cast, here are some names of characters who will perform in Cheer Up:

All the characters are played by a very young and talented star cast, Bae In-Hyuk is believed to be playing the Male lead as Park Jung-Woo. It will be interesting to watch the bond between Park and Do.

Cheer Up’s teaser trailer landed on ‘SBS Drama’ YouTube channel on 7th Sept 2022; in the teaser, we are already introduced to the five main characters we are going to see, and at the center of all the attention we have Han Ji-Hyun as Do Hae-Yi as the main character and the female lead. We also saw a glimpse of ‘Yeonhee University.’

The trailer is available on YouTube; you can watch it through an attachment we provided in this article.

Where To watch Cheer Up Season 1 Online?

The show will air on the SBS Tv channel and the online streaming application available on Google Play and Appstore. The episodes of the series will be launched one by one each coming Monday. The series will finally be wrapped up on Nov 22nd, 2022. The Time slot for the airing of Cheer Up will be 22:00 (Monday).

In this article:Cheer Up, Cheer up' release date, kdrama