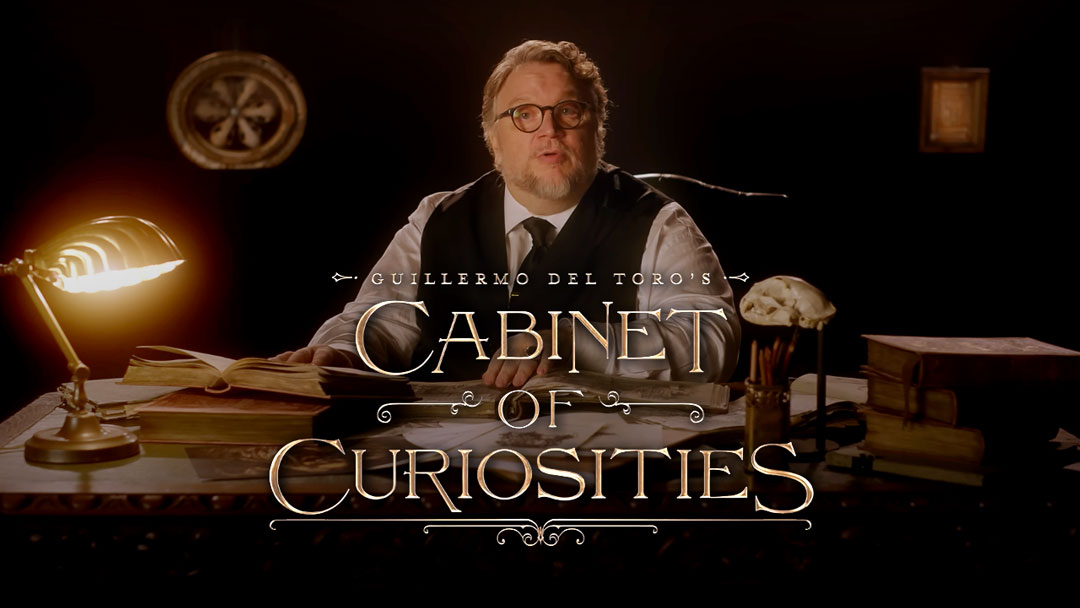 Guillermo Del Toro is a Mexican filmmaker, actor, and author. He directed the Academy Award-winning fantasy film Pan’s Labyrinth(2006) and The Shape of Water (2017). He won the Academy Awards for Best Director and Best Picture for the second one. His works have a connection to fairy tales and horror. His lifelong fascination with monsters is considered by him the symbol of great power. Religious imagery like themes of Catholicism has been put to use in his works as well.

The Cabinet of Curiosities is an American horror anthology created by him for Netflix. The show has started to stream recently which is very well-timed considering the spooky season of Halloween is around the corner. The series is having sinister narratives that are meant to challenge the conventional notions associated with horror. The first season of the series is supposed to have eight episodes, two of which are Del Toro’s original works.

Season 2 of the series has not been confirmed yet. Presently, we do not have any news on whether will be aired for the second time. Perhaps it will all depend upon the ending of Season 1.

Before the announcement of Season 2, we can watch Episode 5, which is titled “Pickman’s Model”, which will be released on 27th October at 12 am PT/3 am ET.

“The Outside” revolves around a young woman named Stacy. Always left out by others, not included in any of the gossips by other women, Stacy was a bit odd out of the lot. Her loneliness and her insecurities made her more dependent on her boyfriend Keith who truly loved her for how she was. What more added to her oddness? Her hobby. She loved taxidermy.

When she got invited by one of her colleagues to Gina’s secret Santa Part, she was surprised and overwhelmed with joy. Although her boyfriend sensed something was not right, Stacy could not let go of this one opportunity where she could be like all other women. For the party, she shot a duck and stuffed it to gift to Gina. It got pretty awkward when she handed over her taxidermy gift to Gina.

It happened so that Gina started to discuss the Alo Glo lotions that she had bought. They were getting immense popularity in the market. While Stacy applied that lotion on herself like others, her skin reacted negatively to it. Sad, she had to return home.

While she was watching TV, the Alo Glo commercial comes on screen and the salesman addressed Stacy directly through the skin. She was manipulated into believing that Alo Glo would make her beautiful and she would be accepted by all. She started to use them despite her allergic reaction to the lotions. Worries Keith wanted to take her to the hospital, but she refused and accused him of not understanding her problems.

When the lotion bottles seemed to come to life, scared Stacy wanted to give up on her dream of becoming socially acceptable, but the salesman convinces her to do otherwise, promising that she would become beautiful and socially acceptable.

At the end of episode 4, the Alo Glo lotion was seen to transform into creatures that Stacy kissed and caressed. She attacked Keith, killed him, and stuffed him like her taxidermy animals. Later she emerged as the beautiful woman she wanted to be after bathing in the Alo Glo in her bathtub, but she lost the one thing that the human population craves unconditional love.

Since the first season is an anthology, which is a collection of several stories together, we cannot speculate what Season 2 will comprise currently. However, we can very much speculate what the next episode of the series will have.

“Pickman’s Model” will revolve around an art student obsessed with one of their peer’s works. It will not be long before we will get to observe how Richard’s works will start to have an eerie, spooky effect on Will. It is adapted from a short story by H.P Lovecraft. Episode 5 is written by Lee Patterson and directed by Keith Thomas.

The cast of Season 2 has not been confirmed yet. Since the second season of the series has not been officially announced, we don’t quite know who will star in the next season, if we have one. Nevertheless, the cast of the episodes of the Season 1 has been given below.

In Episode 5, Thurber will be played by Ben Barnes and we will also have Crispin Glover.

Season 2 does not have any trailer for now. If the series gets confirmed for a second run, we will surely have a trailer for the pertaining season.

If you have not watched them yet, you watch them on YouTube under the channel of Netflix.

Where To Watch Episodes of Cabinet of Curiosities 2 Online?

All the episodes of Season 1 of Cabinet of Curiosities are getting released on Netflix on their given release dates and times. You will have to make an account and subscribe to Netflix to watch the series.

If we get to have Season 2 of the series, we will most probably have it on Netflix.