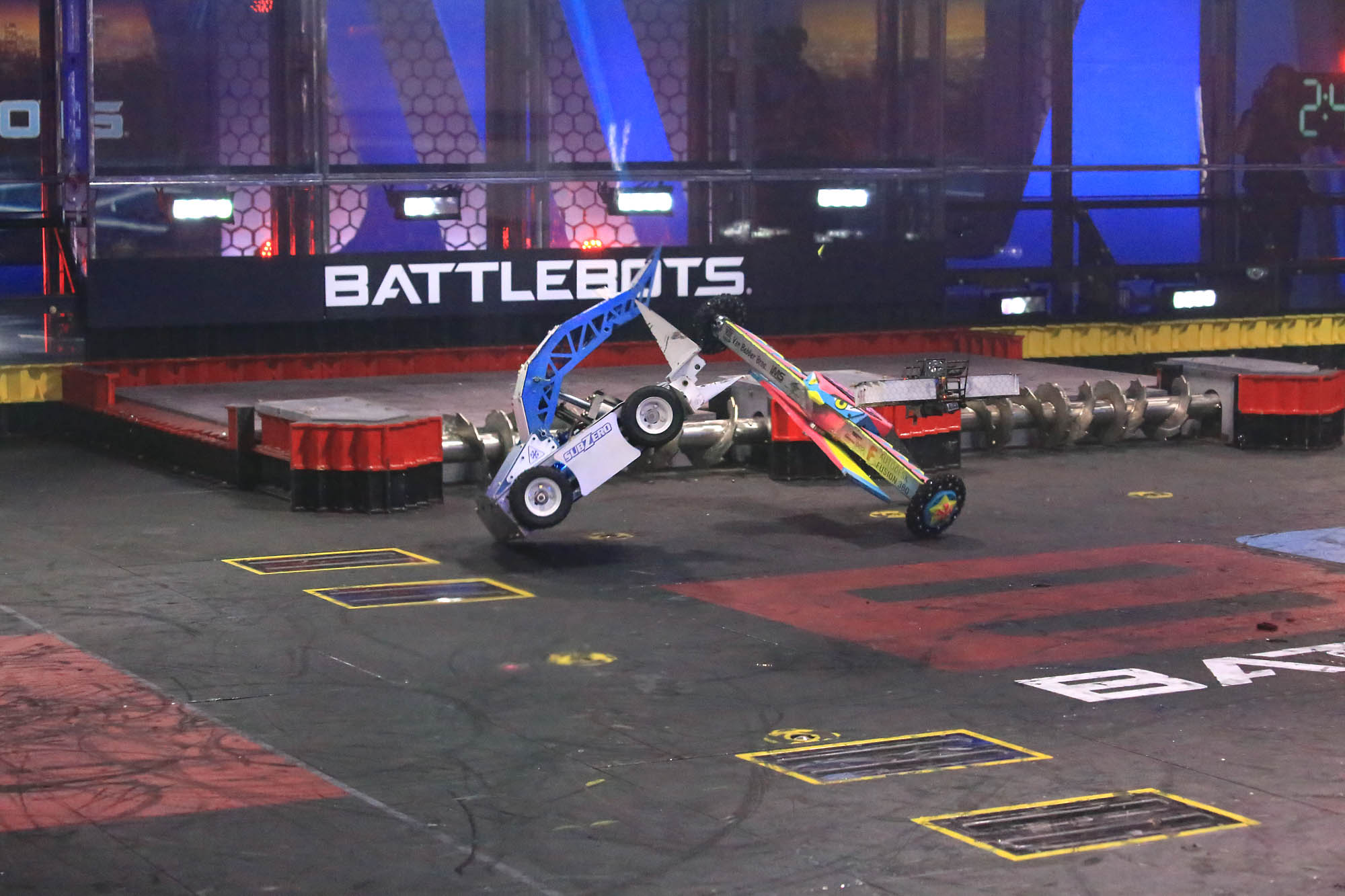 BattleBots is an American television series based on Robot Combat. The show is adapted from the old British television show, The Robot Wars, where teams design and compete with remote-controlled armored and armed robots which fight in a combat elimination tournament. BattleBots was hosted by Sean Salisbury, Bil Dwyer, and Tim Green, airing on the American Comedy Central for five seasons. The first season aired on Comedy Central on August 23, 2000, and the show went on a break after its fifth and last season ended. Then it was later revived by ABC in 2015.

On June 21, 2015, ABC aired a six-episode revival series that gained enormous fame, reviews, and ratings. The seventh season was announced on 23 June 2016 after ABC made its announcement. The eighth season of the show was picked up by Discovery Channel and Science, with the ninth airing on 7 June 2019 and the eleventh airing on Discovery Channel during the month of January.

It is alternately called the sixth season as it is the sixth season after the show was revived in 2015. In this season the arena announcers are Faruq Tauheed and Pete Abrahamson while the hosts are NFL/MBL Sportscaster Chris Rose and UFC fighter Kenny Florian. “The Fight Capital of the World”, Las Vegas is the new location for the show.

The tenth episode of BattleBots season eleven, titled “To the Victor, Go the Spoils” is scheduled to release on March 10, 2022. BattleBots is currently aired on Discovery Science every Thursday at 8 p.m. ET/PT. 30-60 minutes is the duration of the episode similar to the previous episodes of this season. It follows the ninth episode, “Put Up or Shut Up” and will be continued by the eleventh episode, “Let the Tournament Begin!” which will be aired on March 17, 2022.

The bots clash weapon to weapon, with Malice ripping off Blacksmith’s power hammerhead which forwards to Blacksmith catching fire and it finally comes to Malice giving showering hit after hit on Blacksmith as its tries to keep the front Armor in the spinner’s direction. Malice won the battle with all the giving it a unanimous judge’s decision.

Claw Viper starts by quickly grabbing Black Dragon at the box rush with Black Dragon countering back by hitting Claw Viper in its underside. The match continues in this way before there is damage in Claw Viper’s back wheel guard which reduces its mobility and its control. Black Dragon wins with a knockout.

The match starts out with SMEEE struggling as it tries to get a good grip on the surface of the Battlebox, while Gigabyte is driving towards its top speed. SMEEE gets Gigabyte to rebound against a wall but loses one of the wheels on one side of its wedge. Gigabyte wins with a knockout.

Hydra is launched into the ceiling by Glitch, causing it to almost leave the arena. Glitch takes advantage as Hydra gives off smoke and starts to have mobility issues. Both bots go fight back to back however the win was given to Glitch after Hydra was Knocked Out.

The match starts with Ribbot and P1 staring sizing each other up. As Ribbot attacks first, P1 drives into the Pulverizer. Ribbot tears open P1’s wedge as it releases it. Ribbot then wins a knockout by flipping P1 onto the upper deck.

The match ends quickly as End Game sends SawBlaze flying into the gap between the walls of the BattleBox and the doors.

Christopher Rose is an American sportscaster who is currently working for the NFL Network. He is also working in the series BattleBots as a commentator.

Kenneth Alan Florian is a commentator and an American retired UFC fighter.

He is an American host and actor who has been seen on Radio, Film, and TV since 1998.

Pete Abrahamson is an American mechanical designer and special effects artist who has been in robot combat since 1994.

Battlebots season 11 is aired on Discovery Science at 8 pm ET/PT every Thursday. The trailer came out on 2 December 2021.