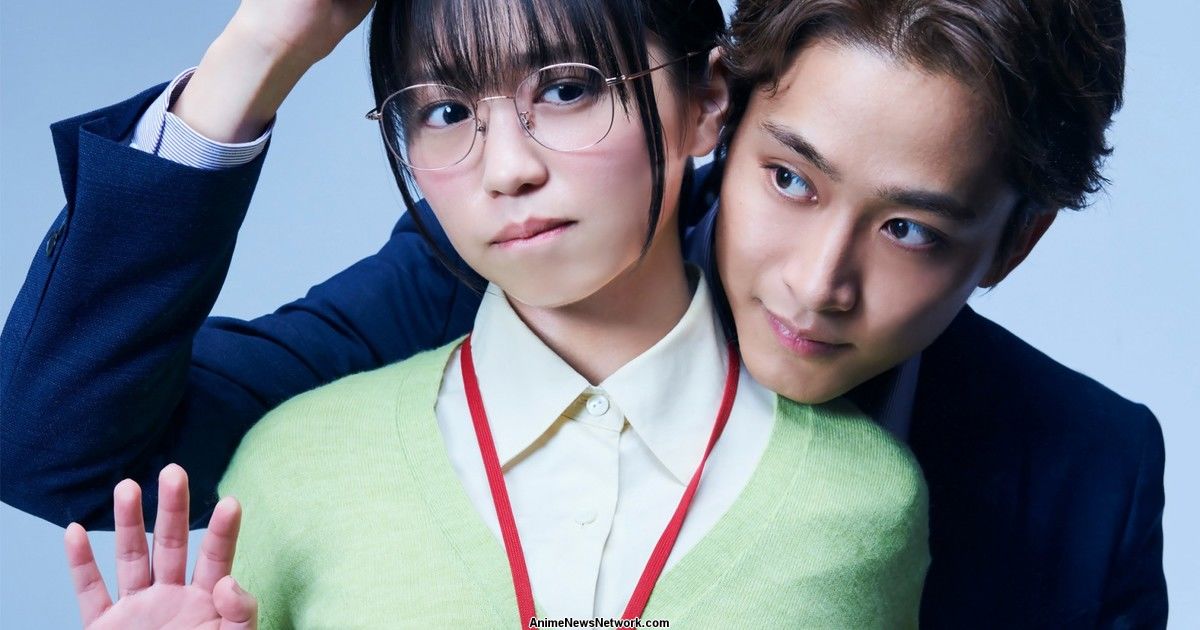 Ase To Sekken is a Japanese television drama series which was premiered on February 3, 2022. The romantic comedy is written by Moral along with Tete Inoue and Santa Ikegami under the direction of Shuhel Shibue and Yuki Kumagai. Also known by the name Sweat and Soap, Ase To Sekken was adapted from Japanese manga series published by Kodansha under the direction of Kintetsu Yamada. The first version of the manga series was published on June 21, 2018, imprinted on the D-Morning magazine and later to Morning magazine.

Sweat and Soap revolve around Natori Kotaro and Yaeshima Asako who work in a product development company related to personal hygiene. Natori Kotaro is a product development planner who always thinks of new ideas to transform his product to another level. In the meantime, Yaeshima Asako is the accountant in the company. She was unhappy with the foul smell that comes out of her body when she sweats. Asako tried several products to eradicate the odor however; nothing helped her to overcome the issue. It was the soap produced by the company which helped to stay positive and hide the uncomfortable smell. On the other hand, Kotaro loved her scent and even felt motivational around her. His awkward way of sniffing her and their conversations turned out into a romantic relationship.

The third episode of Ase To Sekken is scheduled for release on February 17, 2022. The show is currently telecasted on the MBS network every Thursday at 1 am JST. Sweat and Soap have a running time of approximately 30 minutes. The production team has confirmed a total of 10 episodes for the first season, extending till April 2022. Ase To Sekken was premiered on February 3, 2022. While the last episode was aired on February 10, 2022, the next part is expected to be out by February 17, 2022.

The comedy romantic series starts by introducing Yaeshima Asako in a toilet using perfume to make her comfortable with the smell of her sweat. Two women come into the restroom suffocated due to the gas and fragrance that has already spread within the room. Asako also leaves the room immediately after the two ladies left the restroom. She sees some soap exhibited in a glass chamber. While she enjoys the aesthetic sense, Natori Kotaro comes from behind and sniffs her neck, and enjoys the fragrance. She feels awkward and runs away immediately from him.

In her way of consuming things, she believes that everyone in her office dislikes her for her bad smell which makes her nervous. More often she uses the toilet to do the perfume works but on the other hand, Kotaro for some reason likes her scent which also makes her disturbed. Whenever she runs away from Kotaro, he finds her by sniffing at the smell.

Slowly she got tired of running away from Natori and she gave him consent to sniff her. He also introduced that he was a product development planner and was on the preparation for a new soap and that inspiration came from none other than Yaeshima Asako. Asako who had been bullied and assaulted by her classmates even from a young age started to develop feelings towards Natori. But one day after she took bath with a soap produced by their company, her foul smell began to diminish. Consequently, Natori didn’t notice her due to the lack of smell. However, both of them came to notice each other over time and started to be intimate which even improved her confidence like never before.

Natori Kotaro is portrayed by the Japanese actor Sato Kanta. He plays the lead role of a product development planner who works for creative yet innovative ideas. Rather than waiting for the conventional ways to design work, he moves far beyond what is required to get an exact result. Despite being a workaholic, he has a mentality to protect and care for people even during their hardest times.

Yaeshima Asako is portrayed by the Japanese actress Ohara Yuno. Asako had a tough time living with her bad odor. She was bullied by her classmates and had few or no friends. It was then Natori came into her life who liked her the way how she was. Their causal relationship later turned into an intimate one which even paved way for a change in personality for Asako.

The official trailer of Ase To Sekken was released on January 27, 2022. The show is currently telecasted on the MBS network every Thursday at 1 am JST and Wednesday at 10:30 pm IST. The trailer introduces Yaeshima Asako and Natori Kotaro with the main theme of comedy-drama.