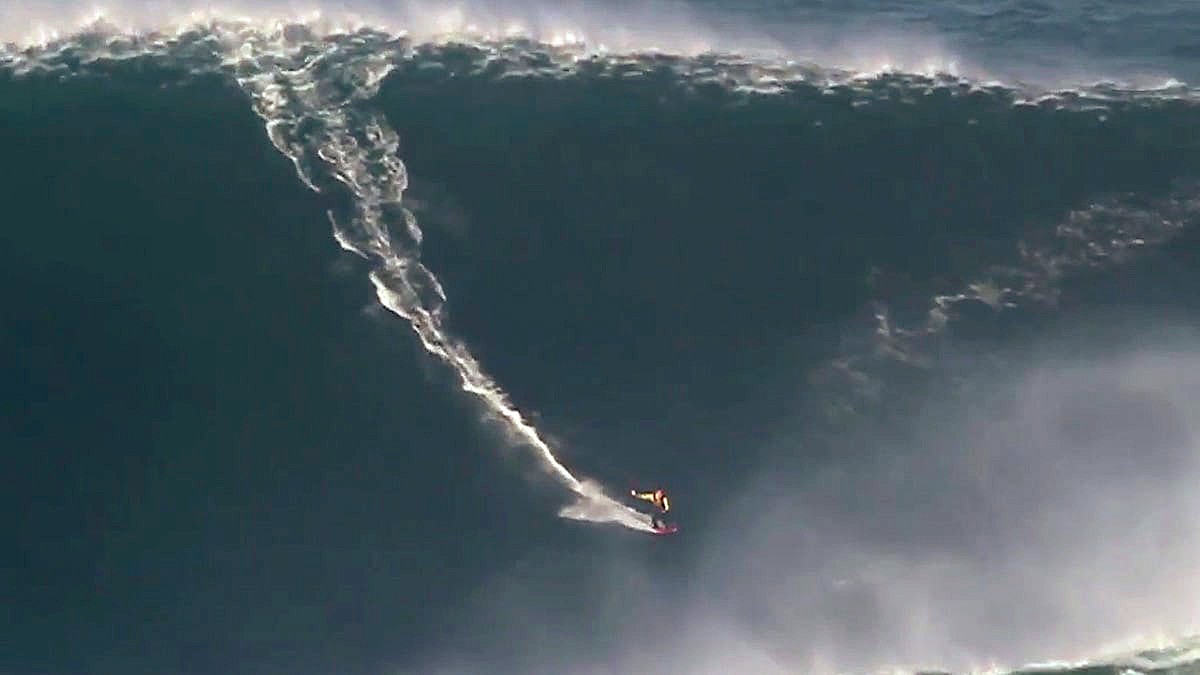 If you are a big fan of beaches, water or surfers, to be more precise, then this might be the one documentary that will get you hooked right off from the first minute of the first episode. 100 Foot Wave, as mentioned, is an HBO original American documentary based on the life of a big wave surfer, McNamara, which was directed by Chris Smith, who is known for his work on “Fyre: The Greatest Party That Never Happened.” Chris Smith, Ryan Heller, Joe Lewis, Maria Zuckerman, Nancy Abraham, Michael Bloom, and Lisa Heller are its executive producers, while the editing team primarily consisted of Connor Culhane, Abhay Sofsky, Adrienne Gits, and Brandon Valentin. It was produced by quite a number of companies, which included Topic Studios, Library Films, Amplify Pictures, React Films and Cinetic Media.

The series was actually intended to be a film at first, but when recorded and edited, it ended up being 6 hours long, and hence, after that, the producers came to the conclusion that it would be better off as a documentary series than a documentary film, and hence the first season came out as such. The footage used in it is phenomenal and the dynamics captured bring a lot of great energy and are enough to lure people in on their own, though it is recommended for both surfers and non-surfers equally.

Anyone watching the series is made to smile by the knowledge that there are amazing men and women out there who are always searching for the next big wave and living their lives dreaming about how they are going to ride it. A surfer riding a wave is the epitome of what it means to be a human being at our best. Waves are something so lovely and pure. A fascinating look at the big wave surfing world is provided by 100 Foot Wave. Although there isn’t much information available about this sport, it gives you an in-depth look that is absolutely fascinating. Excellent work was put into the soundtrack, cinematography, and editing. It’s so entertaining to see what Garrett McNamara and the other participants are capable of. You won’t regret it, so do yourself a favour and watch it if you haven’t seen it yet, and if you already have and it totally left you wanting more, we got you covered.

In the following article, we have covered the possible release date of 100 Foot Wave Season 2 and other information relating to it, like its expected cast and story, its trailer, and where it will be available to stream.

100 Foot Wave was renewed for a second season by HBO right after season one finished airing, in August 2021. Though the exact date of it is not announced yet, we expect it to come out sometime in 2023 and it is also expected to be 6 episodes long, just like season one with one-hour long episodes, though there are chances that following the popularity of the show, it might get even more episodes than that.

All episodes were directed by the same director and were approximately 52 to 60 minutes long. The first season, which was originally intended to be a movie but came out as a documentary series later, gathered positive responses from the audience. The surfing documentary has an average score of 8.1 out of 10 from about 1.7k users on IMDb, which is very impressive for a documentary that is based on an entirely new concept.

The first season of the program takes place in Nazare, Portugal, where a number of talking heads discuss the region’s crazily large waves. Garrett McNamara, a Hawaiian extreme surfer who is getting ready to return to Nazare, is then introduced to us, who is the protagonist of the show. It turns out that he had retired from the sport, a year prior, but after managing a surf shop for a while, he felt compelled to resume his competitive career. One day, a Nazare resident contacts him to ask if Garrett would be interested in seeing the picture of what appears to be an impossible-sized wave for himself.

The majority of what happened when McNamara returned to Nazare for his second season there (in 2011) is covered in episode 2. In addition, the surfing footage allows us to view some absolutely spellbinding scenes, which make anyone and everyone fall in love with the beach, water, and, most importantly, surfing.

In episode three, McNamara made the decision to pick up competitive surfing again at other big-wave spots. He has previously competed in tournaments at the Mavericks surf spot in California, so he knows how to surf there.

In episode four, McNamara is seen getting better from the wounds he received at Mavericks and preparing to go back to Nazaré for another season. However, while surfing at the G-Land site in Indonesia, he, unfortunately, sustains additional wounds that pose a permanent threat to keep him off the waves.

In Episode 5, Garret is still dealing with his wounds while also getting ready to travel to Nazaré to train for a significant big-wave competition. Even though he knows very well that he can’t compete in it, he still decides to take part in it, but does otherwise, as seen in episode 6, and decides to support his teammate and long-time friend, Andrew “Cotty” Cotton. However, fate has other ideas, and his friend ends up getting hurt. After that, the season comes to a close with reflections from several of the surfers who appeared in various episodes throughout the season.

The exact story of the new season of 100 Foot Wave is not known yet since there is no official update from the show’s creator or director. It is expected that season 2 will continue showing us mesmerising beach scenery and the all-powerful big waves in the blue water of the sea, while Garrett McNamara continues showing us amazing shots of riding the blue waves in style while also giving us all the new and amazing information.

100 Foot Wave is based on Garrett McNamara’s life, so as a matter of fact, he will surely be returning for the new season too. Other than him, there is no sure news as to who and all are going to appear in season 2. Rumour has it that the new season will feature brand-new big wave surfers who join the group effort to top a 100-foot wave in Nazare.

If there is any update regarding the cast members that will appear in season two, we will update you on this page.

The only news available for season 2 of 100 Foot Wave is that it is definitely returning. Other things about it, including its trailer, have not been released yet. We will update this page for you when it comes out. If you want to watch the same for season one, you can find it on the official YouTube channel of HBO.

The trailer shows the extravagant fun that is in the not too explored sport, Wave Riding, Surfing. It makes the ones watching it try it on their own even if they are surfers or from a non-suffering background. The trailer is ideal if you want to pull your friends into the thrill known as “100 Foot Wave” too.